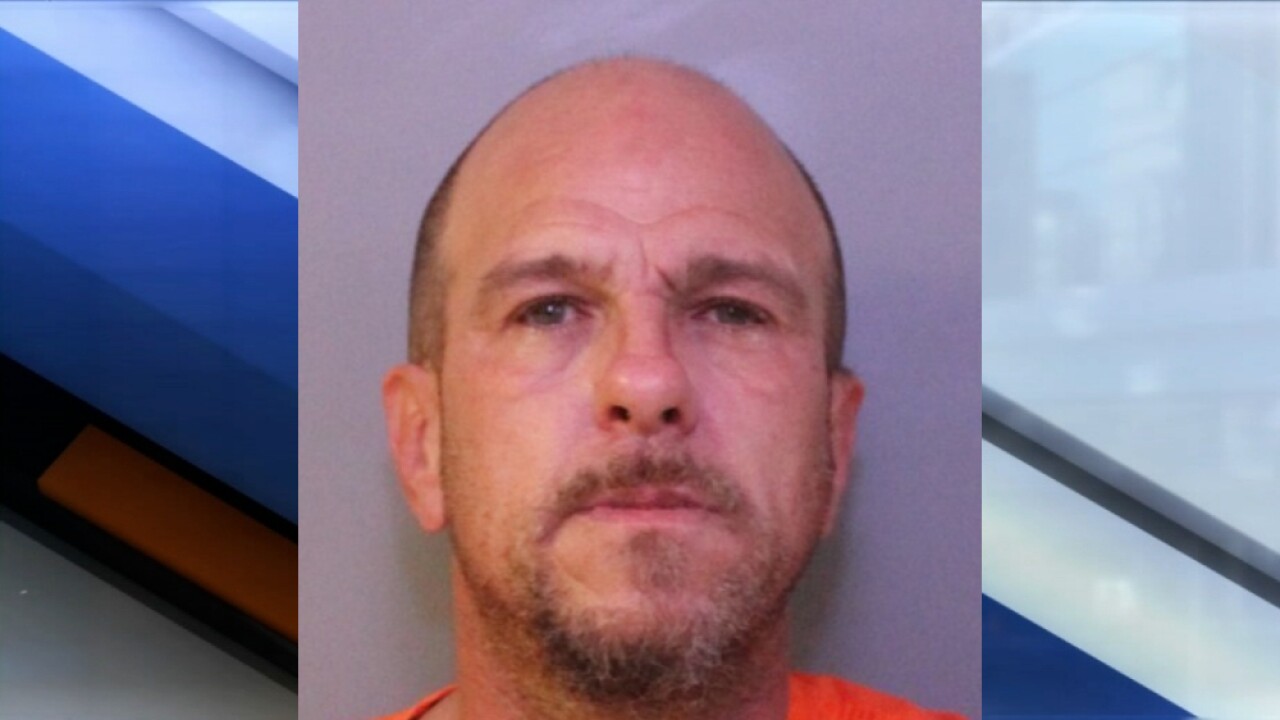 MULBERRY, Fla. — A Plant City man, who was out on bond for grand theft auto, was arrested Thursday after hitting and dragging a deputy with a stolen jeep, according to the Polk County Sheriff's Office.

Randall Vining Sr., 48, hit the deputy while trying to run away from a traffic stop. The deputy pulled him over and told him to get out of the vehicle when he realized it was stolen. Vining turned the Jeep toward the deputy and accelerated, the sheriff's office says.

The deputy's arm was closed inside the door and he was dragged ten yards before he was able to get out. He was not injured, authorities say.

Vining then swerved toward the deputy's car and rammed it before he kept driving.

After Vining hit a second PCSO car, the original deputy caught up with him on I-4 and used a PIT maneuver to disable the Jeep, authorities say.

"There are people who are pushing for bail reform; they want to do away with the process of having to put up a bond to get out of jail before their trial," Polk County Sheriff Grady Judd said. "This guy is a perfect argument against that. He also should have had his bond revoked after being arrested again, but it wasn't. Instead he was released on no bond at all, just a promise to stay out of trouble and show up for court. He's had over sixty criminal charges, most of them felonies, and yet he's out there running into our deputies and endangering the public. He should have been locked up. Now, he needs to stay locked up-he is a public menace."

Authorities say they found bolt cutters and other burglary tools inside the stolen Jeep.

Vining was taken into custody and charged with attempted second degree murder of a LEO, two counts of aggravated battery with a deadly weapon, grand theft of motor vehicle, resisting with violence, fleeing to elude, possession of burglary tools, reckless driving and petit theft.

He is being held at the Polk County Jail.