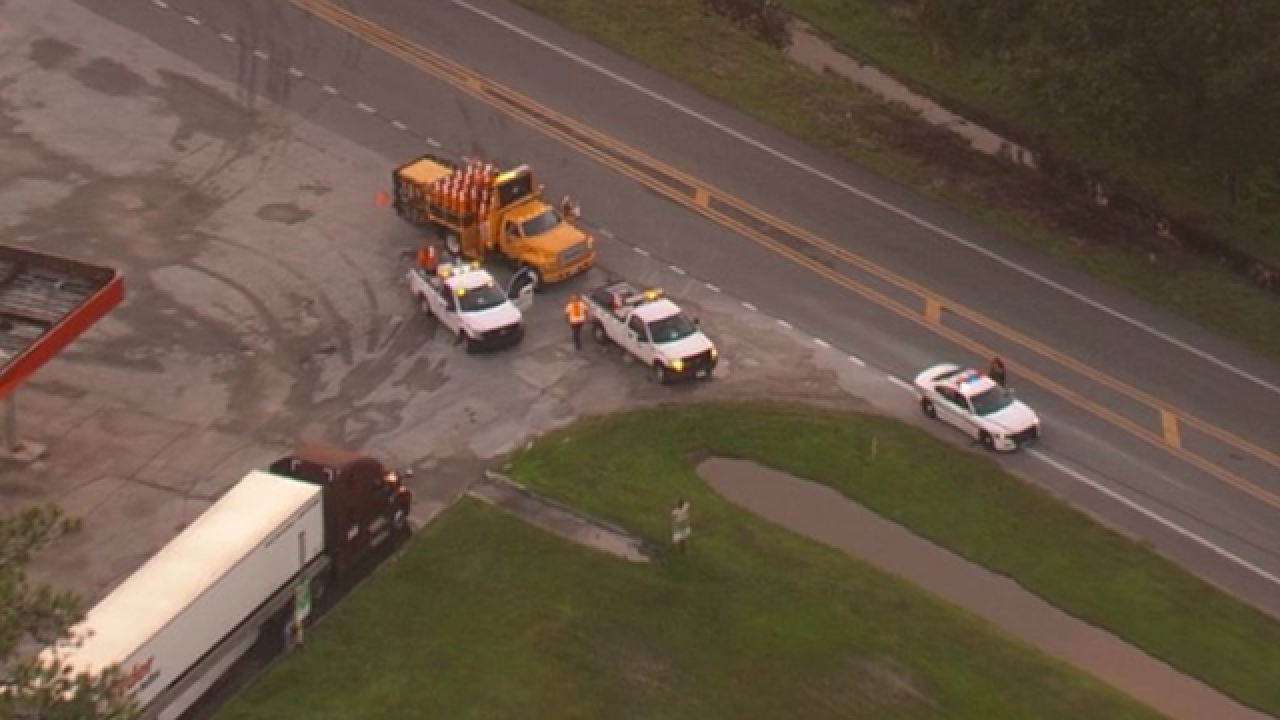 Deputies said they were notified of the crash on North Combee Rd and Lakeland Commerce Parkway in Lakeland shortly after 3:00 a.m.

John Bland, 39, was driving south on North Combee Rd in a 2016 Hino Box Truck, operated by Hoover Transportation of Plant City, when he struck 23-year-old Justin Gleon Barnes, of Lakeland.

According to the preliminary investigation, the Barnes had been walking or standing near the center of the road when he was struck.

Bland told investigators that he didn't see Barnes, who was walking in a dark area and wearing dark clothing.

Deputies said speed, distraction, and impairment do not appear to be contributing factors with Bland; however, impairment of the pedestrian is suspected.

At this time, Bland is not facing charges.