DELTONA, Fla. — A pastor in Deltona is facing a felony charge of video voyeurism after a church member accused him of taking a photo up her dress. 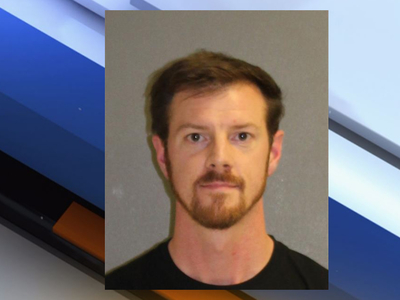 The incident occurred on April 8 and was reported on April 24, according to authorities.

The victim, a 41-year-old woman, said she was meeting Kenyon in his office, along with his children, at the Church of Christ of Deltona. The incident occurred when he asked her to put his youngest child in a car seat, according to officials.

As she bent over she felt skin against her leg and turned to find Kenyon bent over directly behind her with his cellphone in his hand, police say.

After the incident, the victim and other members of the church confronted Kenyon and he was removed.

Anyone with additional information about Kenyon is encouraged to contact the Volusia County Sheriff's Office.

Kenyon posted $2,500 bail and was released from the Volusia County Branch Jail the same day he was arrested.