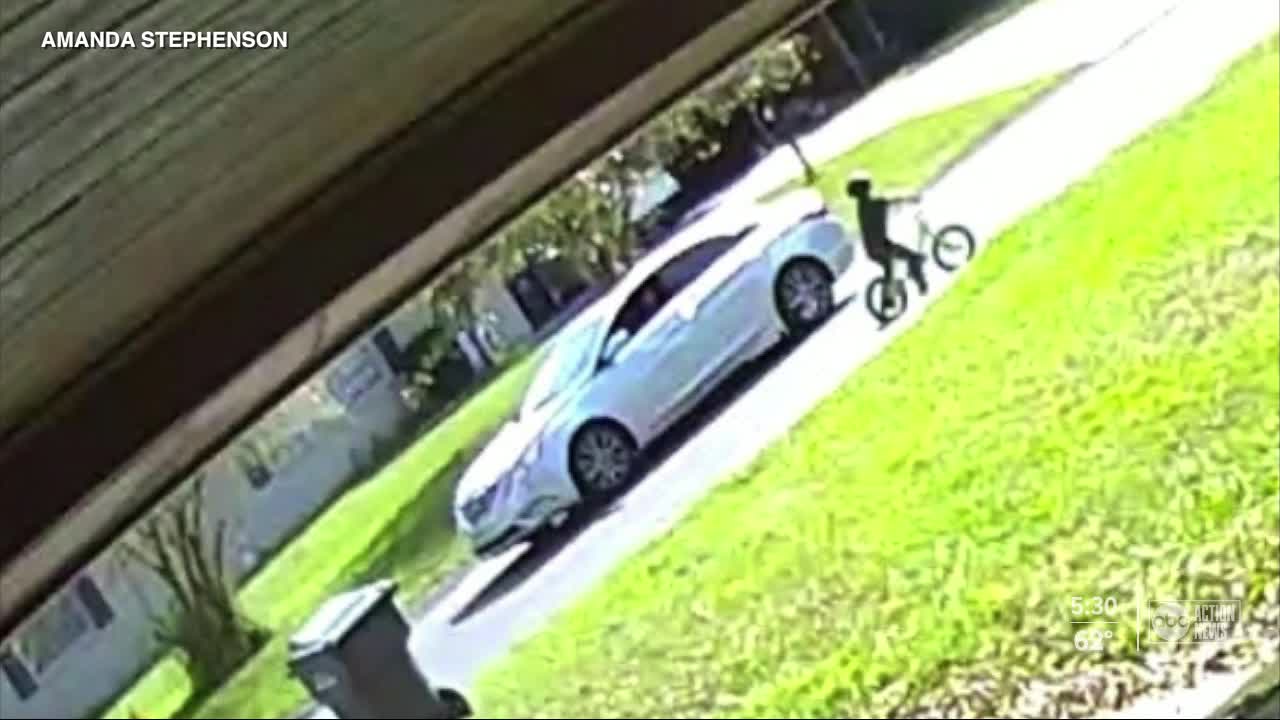 Polk County parents say they are shaken up after another case of a man allegedly trying to lure a young boy. WINTER HAVEN, Fla. — Polk County parents say they are shaken up after another case of a man allegedly trying to lure a young boy.

This time, it was caught on camera along Longfellow Road in Winter Haven.

“It was kinda creepy to be honest. It was very creepy,” said Amanda Stephenson, she was outside as it all played out.

Stephenson’s 7-year-old son was outside riding his bike when a silver Hyundai Sonata pulled up along side her son and began talking to him.

“He asked if he could have his bike for $5 and in return he could drive his car,” said Stephenson.

She said she didn’t hear the exact words, but her son told her what the driver said.

ABC Action News asked if it could have been an innocent joke, but she refused to believe it was anything but spooky.

“You don’t offer a child or anybody for that matter to drive your car get in your car that’s a giant red flag,” she said.

Just 10 days before, a similar situation happened less than two miles away.

ABC Action News had spoken with Maryel Lugones who says a neighborhood kid came to her door asking for help after a man approached him in a white Toyota.

“I was like listen, you’re OK, you’re safe come here and I literally hugged the boy,” said Lugones.

Despite the close proximity, deputies say the cases are not related.

We did do an investigation on this, but we’ve had no further leads on it. The tag number was apparently not visible in the video. A patrol request was submitted for that area, noting the description of the vehicle and driver. The two cases involved have two different types and colors of cars. One case mentioned a man with an accent, the other did not. Where they occurred are not too far apart from each other, but based on what little information was given, there probably isn’t enough to say that they are related or not.

“It made me sick to my stomach,” said Stephenson.

Although the first event is not considered a crime, PCSO tells ABC Action News if the circumstances were right, this driver could be charged with luring or enticing a child.

However, a tag number could not be identified from the video.