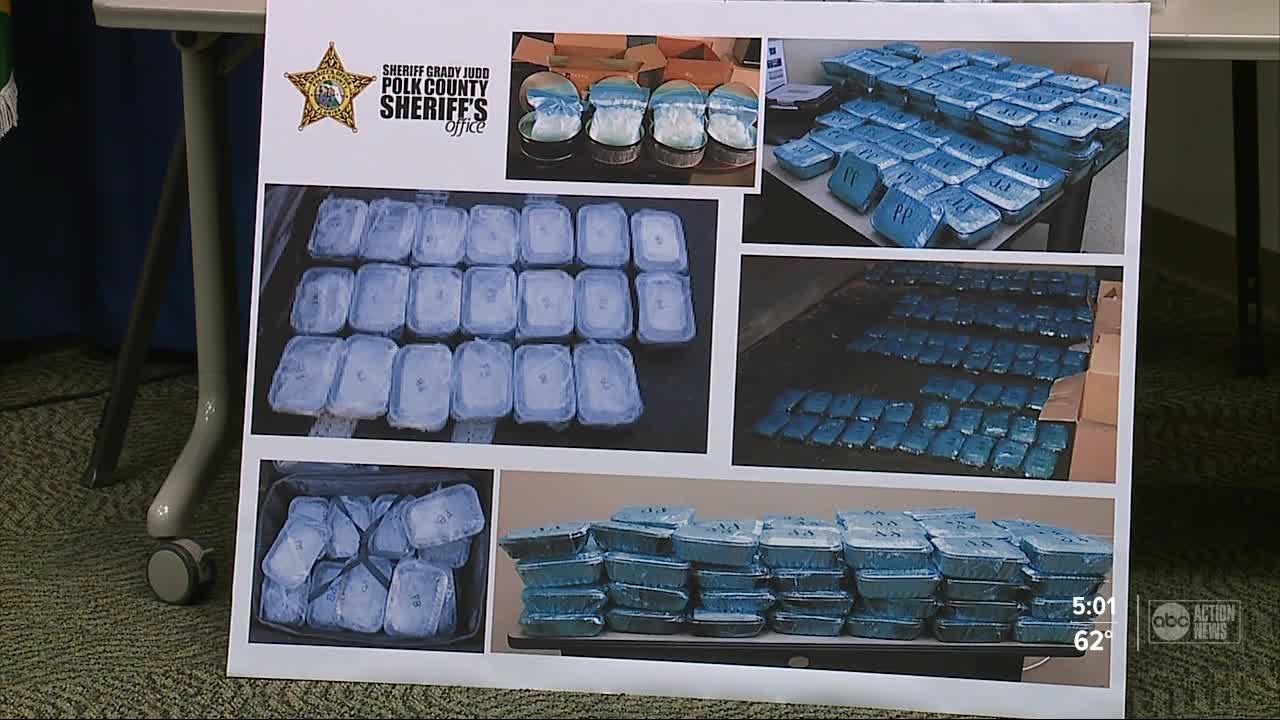 The Polk County Sheriff's Office made a major meth and heroin bust during an undercover operation. 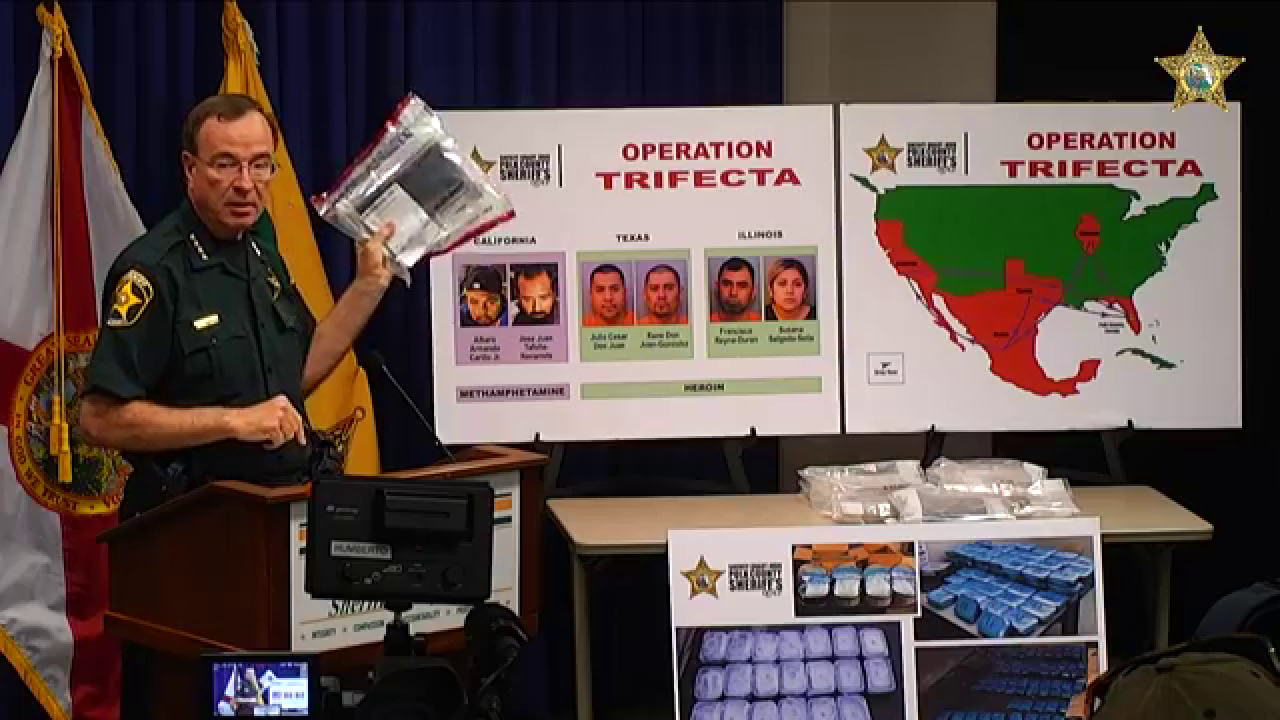 POLK COUNTY, Fla. -- More than 100 pounds of methamphetamine and heroin were taken in as one of Polk County's largest drug busts in the county's history.

Polk Sheriff Grady Judd said they seized at least $9.5 million worth of drugs in "Operation Trifecta."

According to deputies, they received a tip back in April saying a source of illegal narcotics was selling meth out of southern California. On August of 2019, an undercover detective with the Polk County Sheriff's Office agreed to purchase 100 pounds of meth from the California-based supplier of Mexican Methamphetamine.

Detectives met 34-year-old Albaro Carillo Jr. With Carillo was 30-year-old Jose Tafolla-Navarrete. The two produced 100 pounds of meth from boxes and bags from their vehicle and placed them in the back seat of the undercover vehicle.

Both men were taken into custody and were arrested.

In a second bust, undercover deputies in Polk County arranged a meeting with Francisco Reyna-Duran, 38, who was based out of Chicago. He and a female driver, 25-year-old Susana Salgado-Solis, were taken into custody after agreeing to deliver heroin to the undercover deputies.

Carillo, Tafolla-Navarrete and Reyna-Duran all entered the United States illegally, according to deputies.

In the third bust, undercover detectives arranged to buy a kilo of heroin from a source in Houston, Texas. Deputies made arrangements with the source, 34-year-old Julio Don Juan, to deliver the heroin in Polk County.

In total, deputies seized 139 pounds of meth and more than 5 kilos of heroin.

Addiction is complicated and in Polk County, it's a growing problem for those living there.

"If all the planets line up, boom, you're addicted," said Dr. James Andersen, of Meridien Research.

Dr. Andersen says he treats anywhere from 70 to 80 users a day.

"We have been getting more people lately, which could be a number of factors," Dr. Andersen said.

Deputies say more than 32,000 grams of meth were seized in 2018. This year, that number has nearly triple to more than 95,000. A little more than 2,000 grams of heroin were found during drug arrests each year.