Motorcyclist dies after slamming into parked SUV in Lakeland 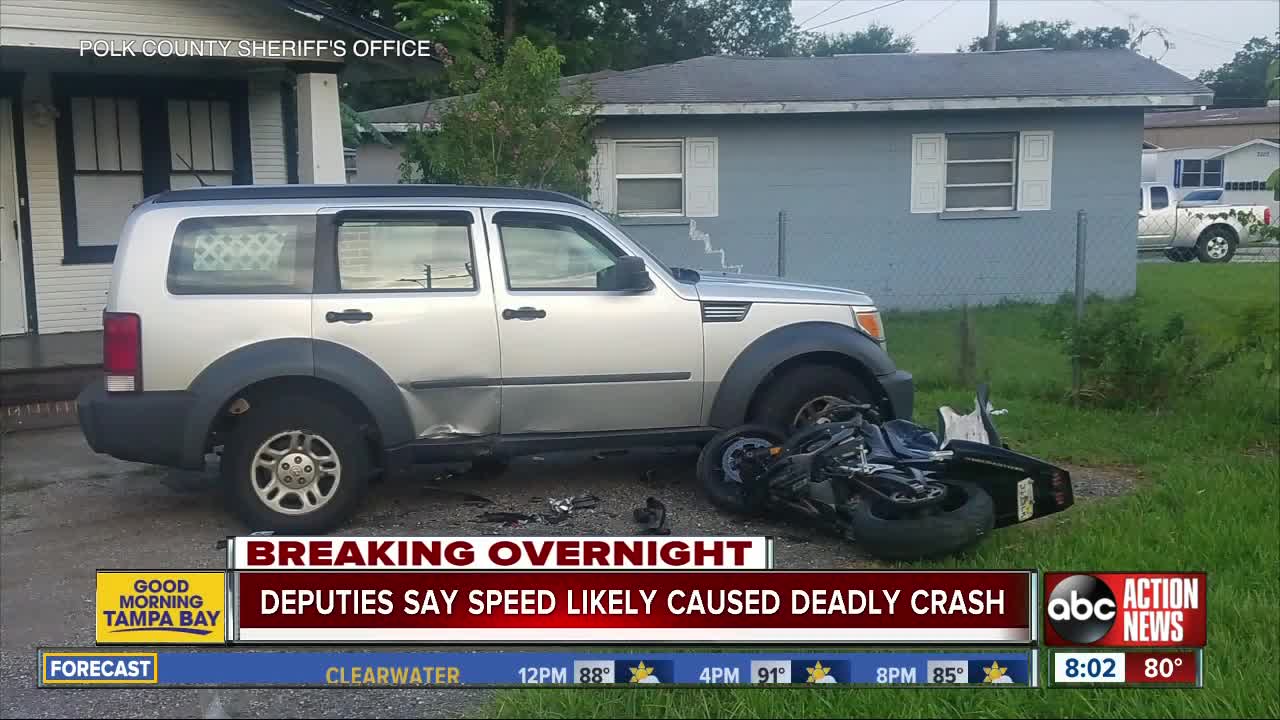 A motorcyclist has died after slamming into a parked SUV in Lakeland. 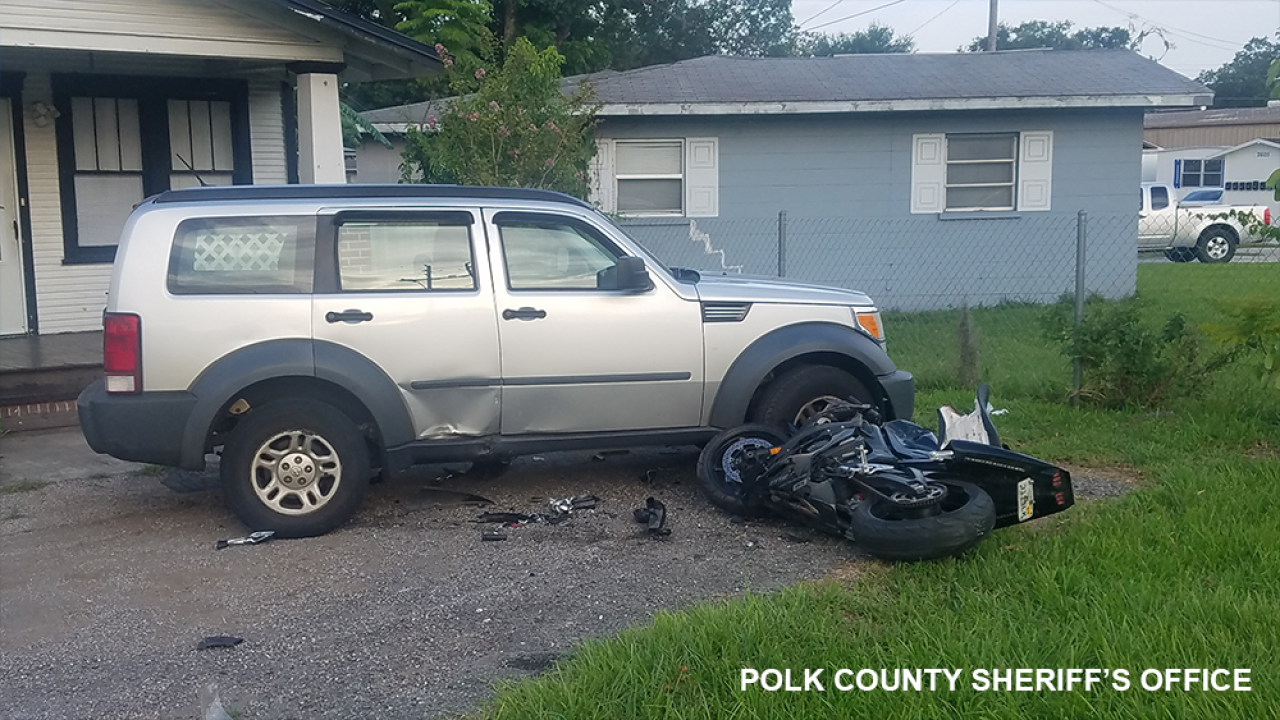 LAKELAND, Fla. -- A motorcyclist has died after slamming into a parked SUV in Lakeland Saturday.

The Polk County Sheriff's Office responded to a call of a single-vehicle crash in the 11000 block of Combee Road. Upon arrival, deputies found a dented 2008 Dodge Nitro and motorcyclist seriously hurt in the crash.

The motorcyclist, 33-year-old Travis Lester, was pronounced dead at the hospital.

Following investigation, deputies said excessive speed appears to have factored into the crash. Lester was wearing a helmet at the time of the crash, deputies said.