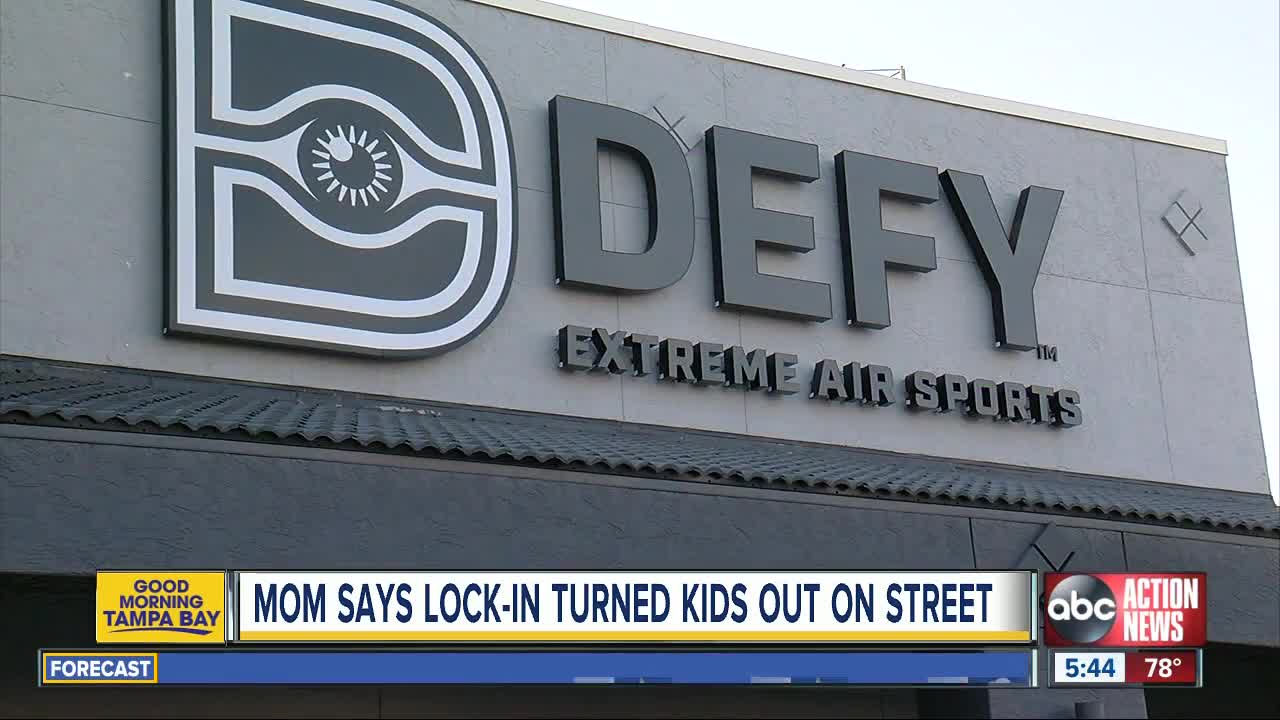 A mother in Lakeland is demanding answers after she says droves of teens were released early from an overnight lock-in party. 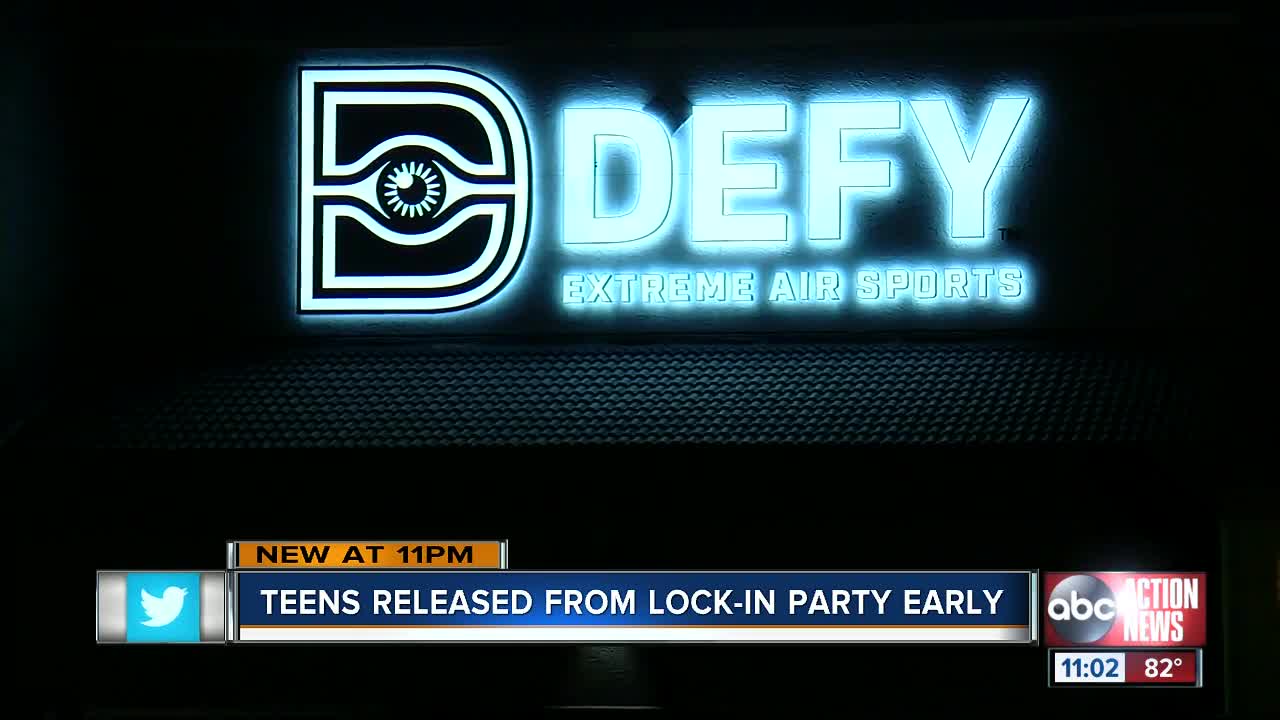 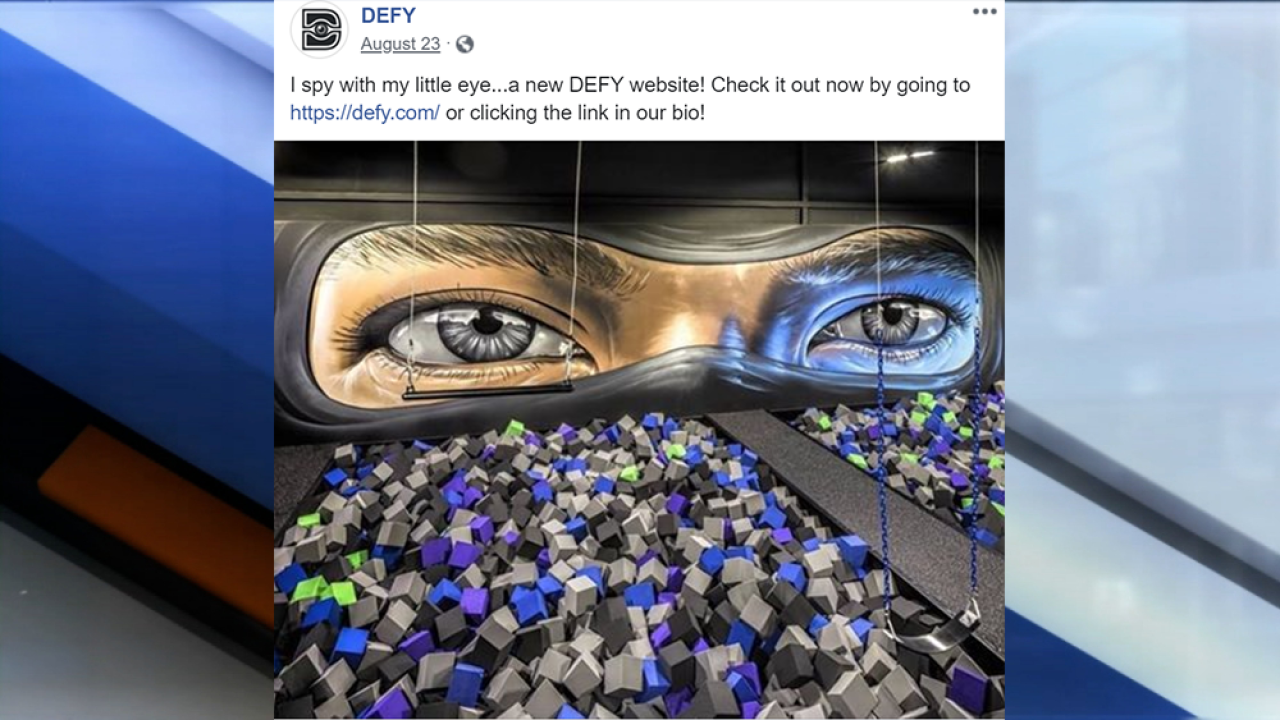 LAKELAND, Fla. — A Lakeland mother is demanding answers after she says droves of teens were released early from an overnight lock-in event.

Michelle Dadey woke up Sunday morning to find text messages from her 13-year-old son saying he was let out of Defy Lakeland an hour early.

Dadey says it hosted an overnight event starting Saturday at 11 p.m. and was supposed to run through 6 a.m. on Sunday.

ABC Action News has learned that a Polk County deputy responded to the business Sunday morning after someone reported their wallet and shoes stolen. It's unclear if that had anything to do with Dadey's claims.

"They definitely dropped the ball by unlocking them and letting them out without parent consent or knowledge," said Dadey.

ABC Action News reached out to CircusTrix, the owner of Defy Lakeland, for comment and they responded with an email saying they will not be providing a response.