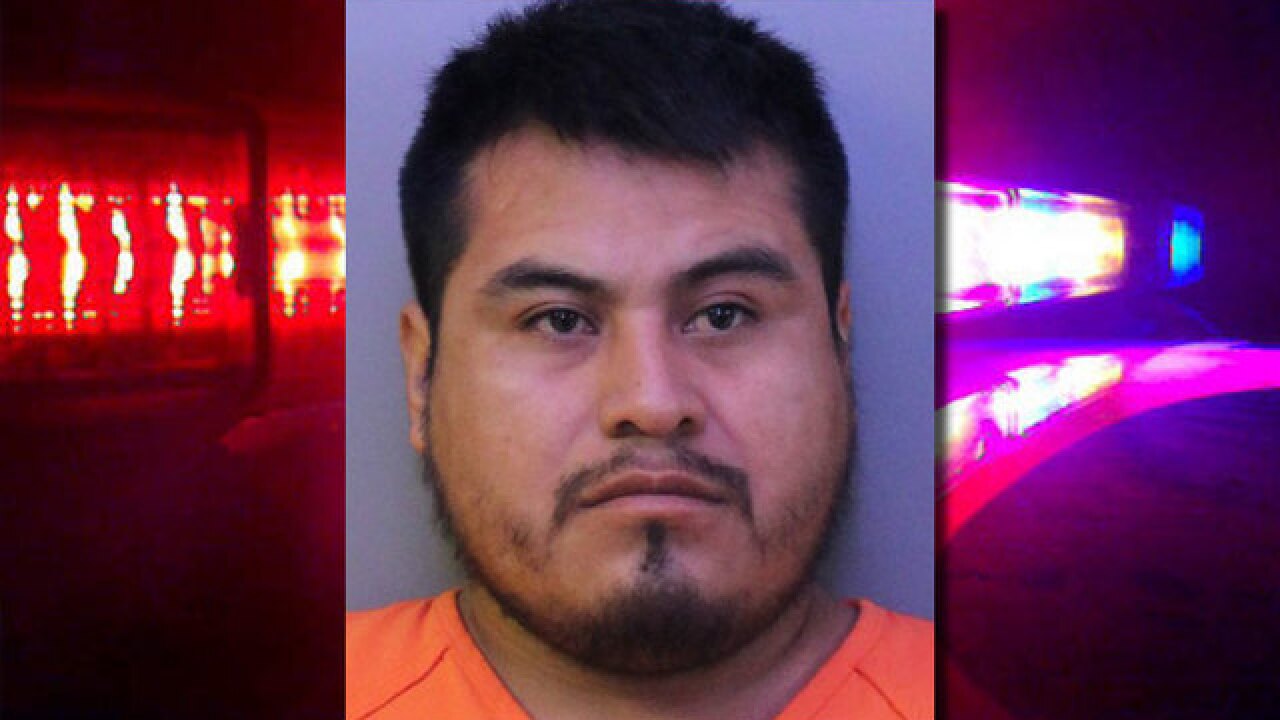 HAINES CITY, Fla. — A man in the United States illegally was arrested on Friday for sexually battering a young girl in Haines City, according to the Polk County Sheriff's Office.

The investigation began on August 24, when the 8-year-old child told her mother that Wilibaldo Salinas Garcia, 29, entered her bedroom and digitally penetrated her, and forced her to touch him. The girl told detectives that Garcia had done something similar to her last year also.

PCSO says that Garcia tried apologizing to the girl's mother for what he did, and told her that he would tell the girl that he was sorry. Detectives say they have audio and text evidence where Garcia admitted to and apologized for committing the sexual battery.

He was arrested and charged with sexual battery on a person less than 12 years of age, which is a capital felony.

"Sorry won't cut it for this guy; he's only sorry that he was caught," said Polk County Sheriff Grady Judd. "He tried to prevent getting caught by telling the girl that if she told her mother, her mother would hit her."

Investigators say that Garcia has an alias of Lorenzo Sipriano. His prior criminal history consists of three misdemeanor charges (Resisting, Loitering, and Marijuana Possession). He is in the United States illegally from Mexico, and a hold has been placed on him at the request of Immigration and Customs Enforcement (ICE), according to PCSO.