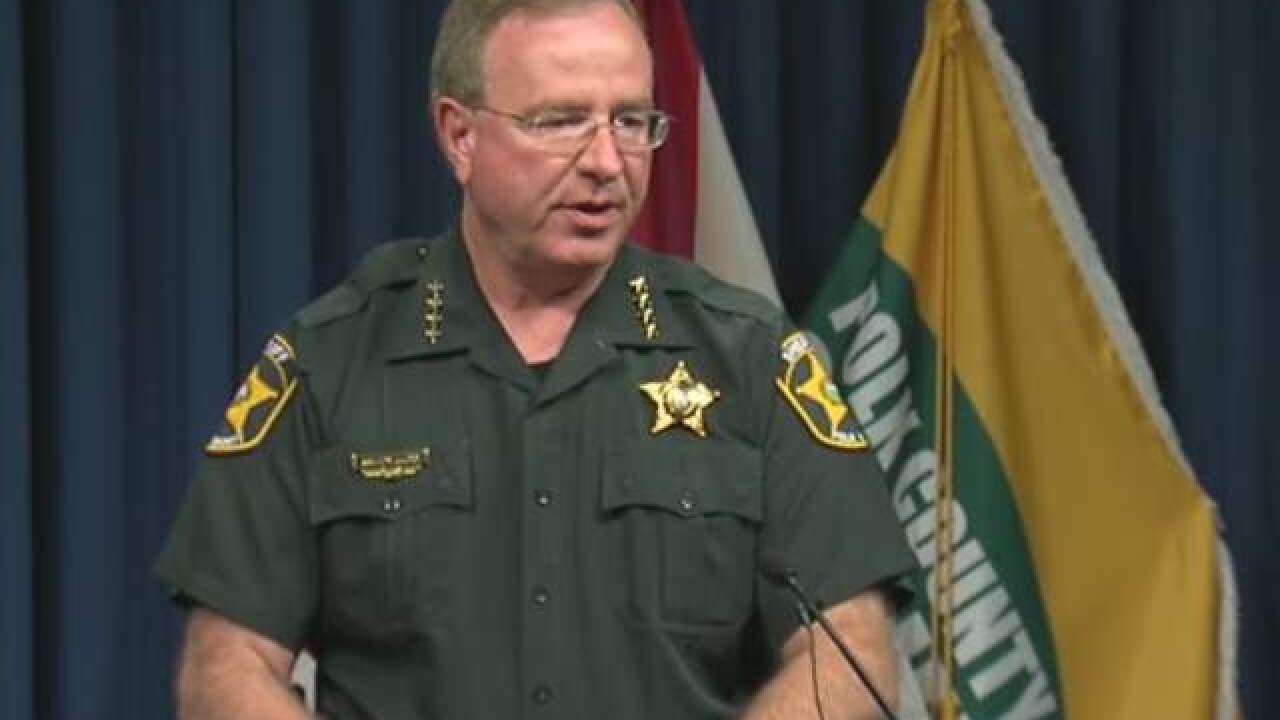 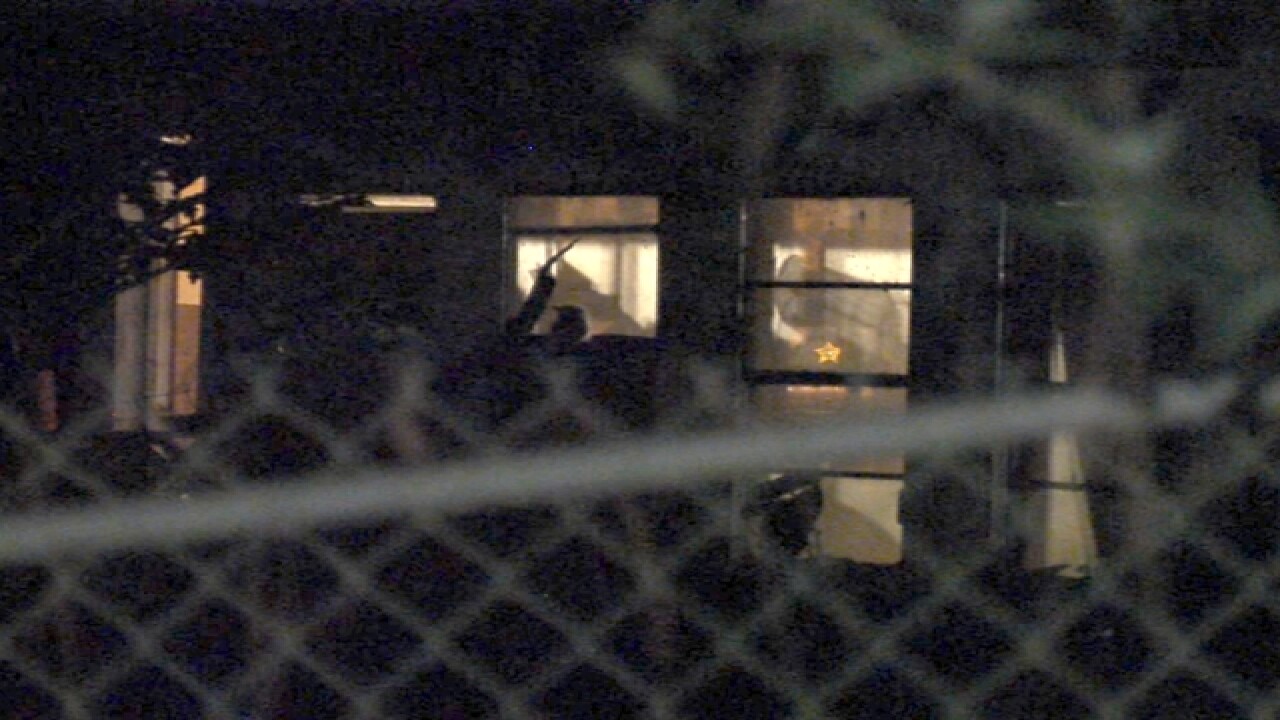 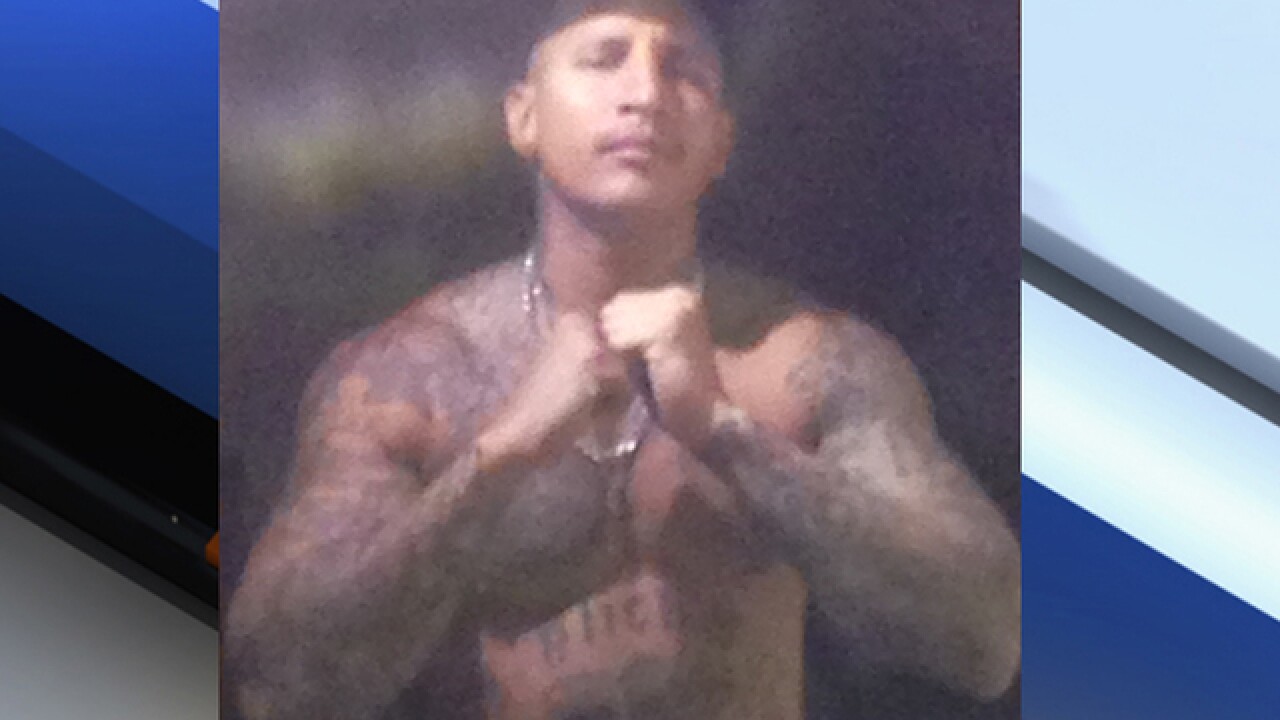 By: WFTS Webteam, Jacqueline Ingles
Posted at 5:45 PM, Sep 22, 2015
A Polk County man was fatally shot by a deputy after leading law enforcement on a chase, telling witnesses he was armed with a gun and pointing an object believed to be a firearm at a deputy, Sheriff Grady Judd said.
When deputies found him they discovered what that object actually was: A stapler.
Dominic Fuller, of 3800 U.S. 17-92, Lot 6, in Haines City, was found dead in a home after a deputy fired at him five times, according to Polk County Sheriff’s Office.
"He goes by the nickname Capone and he's very proud of that," Sheriff Judd said.
Deputies said about 7:15 p.m. Monday law enforcement received a call regarding a suspicious vehicle and suspected illegal drug activity on Delon Court in Auburndale.  According to deputies, the caller stated several people were coming in and out of the residence.
Corky Stewart was the man who phoned police.
When deputies arrived, they say they made contact with Fuller, who was sitting in a car. Fuller took off running.
A perimeter was established, including K-9 teams and the PCSO helicopter.
"Very scary, we were told, lock down, armed, lock down," recalled Stewart.  "It was horrible, we had armed helicopters flying over us."
A search of the vehicle in which Fuller was sitting when deputies arrived confirmed it was stolen from Osceola County on July 18, the sheriff said.
Deputies said they found a handgun inside the car. According to witnesses, Fuller has been driving the car for at least the past month.
Fuller entered a camper parked behind 1237 Dixie Drive and woke up a sleeping woman within it, the sheriff said.  The woman, led him outside and went into the home in front of the camper.
"I was terrified," the woman told ABC Action News.  She asked not to be identified.  "I was laying down he was straddling over me, shaking me, he had a medallion that was flinging in my face and he was shaking me saying, 'Help me! Help me!'"
Fuller asked the woman for a ride or a bicycle, according to law enforcement.
She was able to lure him outside of the house where there was another member of the household.
Neither of the victims cooperated with Fuller, so he took off running again, deputies said.
While running away, Fuller was seen by witnesses trying handles on cars and doors. Deputies said he was heard by at least one witnesses yelling, "I have a gun."
Deputies in the area began searching a home on Dixie Drive to find Fuller, having been told by witnesses that he was trying to break into the home and yelling he was armed.
Around 8:50 p.m., Deputy Sheriff Carlos Valle spotted Fuller standing in the doorway of 1200 Dixie Drive.
Deputy Valle, according to the sheriff, ordered Fuller to show his hands several times but he refused.
As Deputy Valle walked up to Fuller, Fuller went into the home and slammed the door. Deputies surrounding the home say they saw Fuller run to a window at the side of the house and the climb out.
At the time, Deputy Sheriff Ricky Booher shined the flashlight mounted atop his firearm at Fuller, deputies said. Fuller then climbed back into the window and retreated into the house.
"He set up the perfect storm himself and that is what led him to be shot and killed last night," said Sheriff Grady Judd.
Deputies said they continued to shout commands at Fuller to surrender.
Sheriff Judd said Fuller opened a window, kept ignoring commands to show his hands and then raised his right hand toward Deputy Gabriel Reveron and Deputy Valle.  In his hand was what appeared to be  a black and chrome handgun. It was actually a stapler.
"We can only surmise that he wanted us to kill him.  That he wanted to die by suicide by law enforcement officer," Judd explained.
Deputy Reveron fired five rounds at the suspect, Judd said.
Fuller retreated back into the house and slammed the door.
The PCSO SWAT Team and Crisis Negotiation Team responded to scene and spent the next two hours trying to make contact with Fuller and arrest him.

When he didn't respond, deputies went into the home and found Fuller deceased from an apparent gunshot wound to the chest.

Deputy Reveron is now on paid administrative leave which is protocol.

As for Fuller, who hails from Indianapolis, arrest records show he has priors in Indiana, California and Florida.

Arrests range from driving on a suspended license to battery and robbery.