Beekeeper estimates around 8,000 bees will get new home 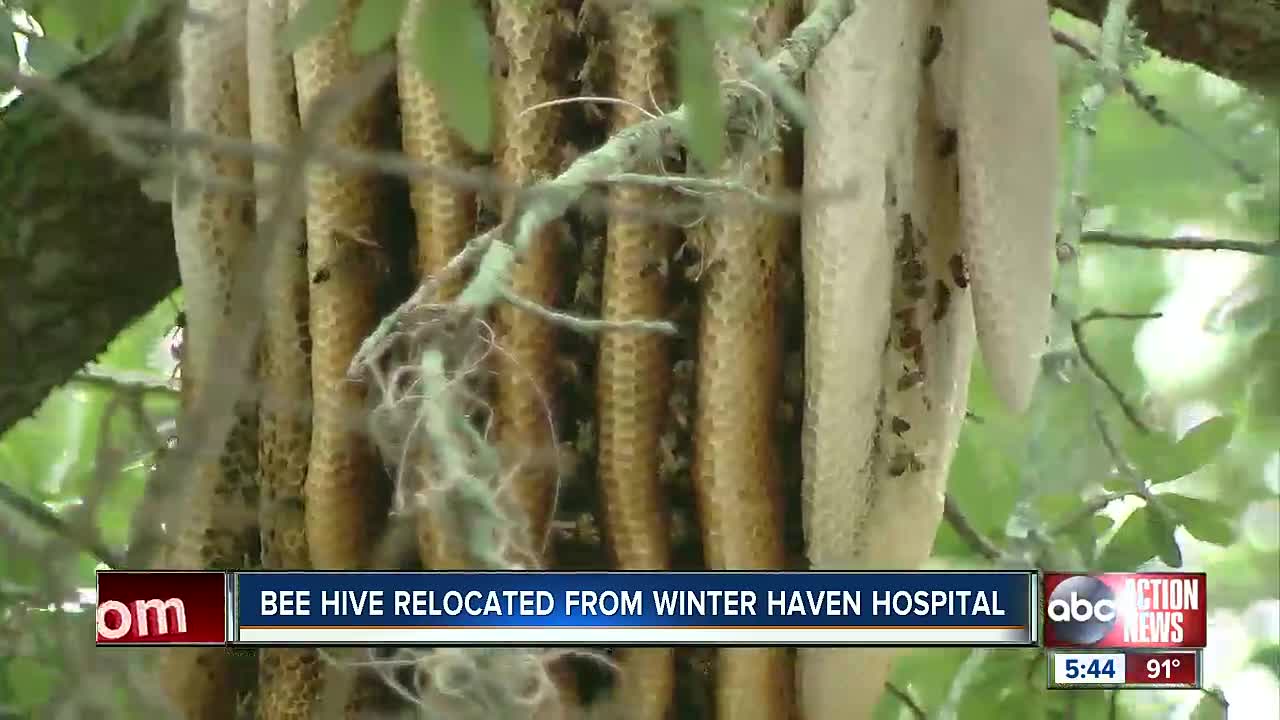 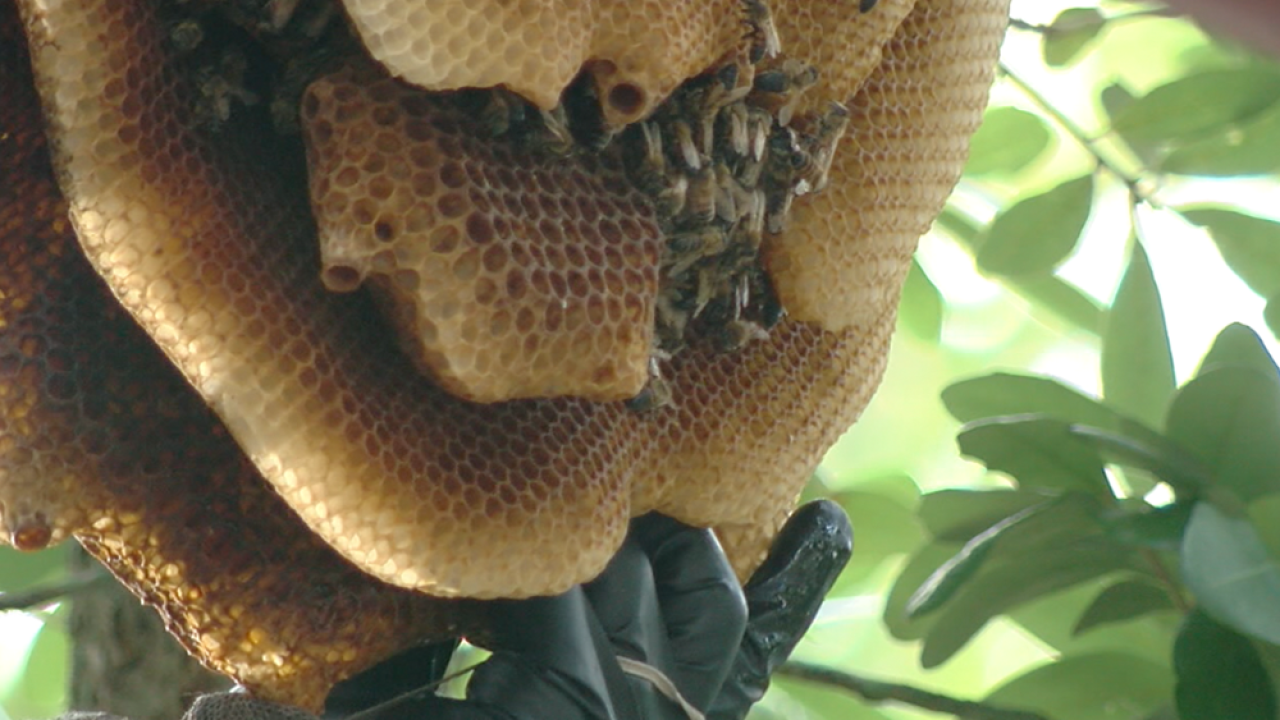 "I come out every day and notice the bee hive," Jennifer Richards, the hospital's patient care director, said.

As the hive has grown in size, perched precariously high in a tree, hospital staff have become concerned about safety. So they asked Gaudin to move the hive to his property, where he maintains several hives.

Guadin told ABC Action News that there would eventually be a risk of the hive becoming too heavy for the tree and falling onto the parking lot.

"If this gets to the point where you have 20,000 bees on the pavement, and there’s employees around, you just don’t want it to get to that point," Gaudin said.

Gaudin, who calls himself "The Honeybee Rescuer," estimates there are about 8,000 bees in the hive. He also couldn't find a queen in the colony, so he plans to merge this new hive with a colony that already has one.

"We need to save the bees so we can eat. They pollinate most of the crops," he said.

Later Friday evening, Gaudin plans to return to remove the remaining bees who have been out foraging for food.