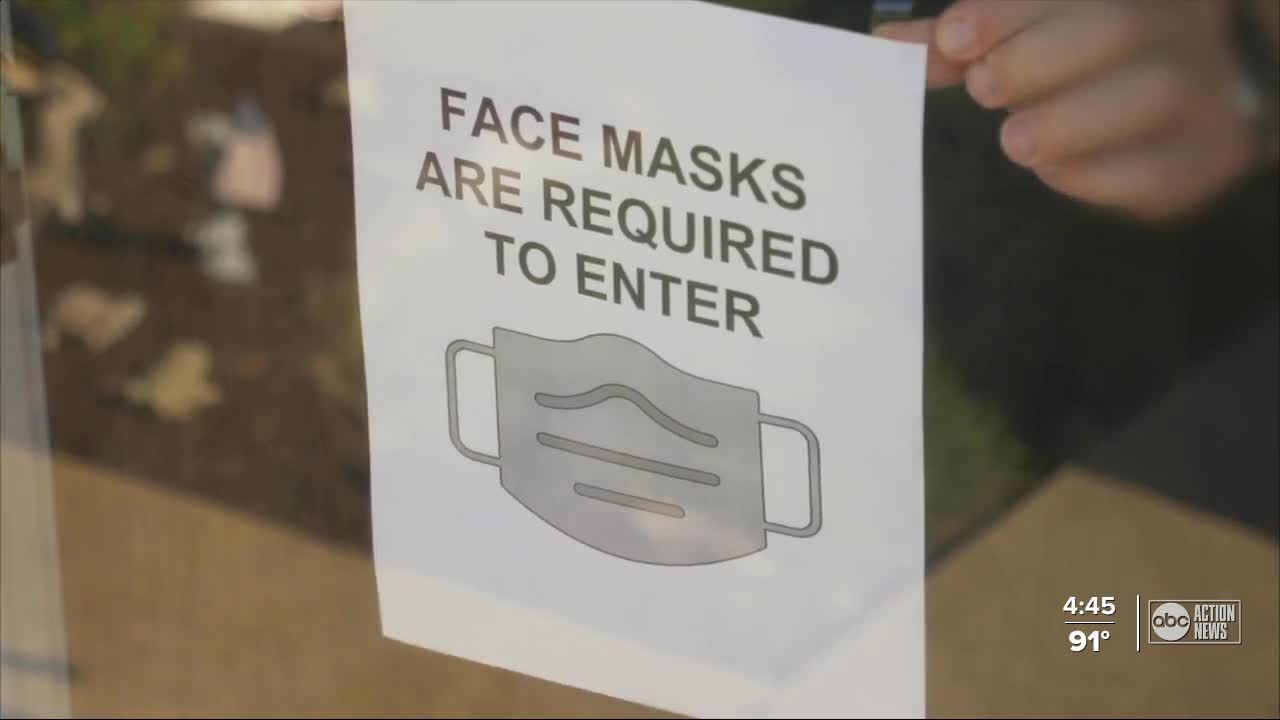 LAKELAND, Fla. — The City of Lakeland has voted to extend its mask mandate.

Commissioner voted 5-2 to keep the resolution in place until September.

The main motivator being numbers showing the positivity rate declining.

According to the Florida Department of Health, cases are down from just a month ago inside city limits. Lakeland recording just 57 cases August 3 versus 77 cases July 2.

While the day to day comparison may not be enough to convince anyone, Dr. Joy Jackson of Florida Department of Health showed a graph indicating a slower spread in the city.

“What I hope you see is where Polk’s cases continue to go up until the week beginning July the 12, Lakeland’s basically went flat and then started decreasing the week of July 19,” Dr. Jackson said.

In many counties across the Tampa Bay area, numbers reflect the same.

Hillsborough, Manatee, Pasco, Pinellas and Sarasota have all recorded lower positivity rates at the beginning of August compared to a month ago.

Dr. Joy Jackson points to both resolutions to enforce masks as well as businesses requiring masks for the decrease in the positive cases throughout the month.

“Now is not the time to take your foot off the gas,” she recommending to commissioners and the public to maintain social distancing, mask-wearing in public and proper hygiene.

ABC Action News did find out though counties that did not enforce a new ordinance or resolution also are seeing a drop in cases.

Polk, Hernando and Sarasota Counties are not enforcing mask-wearing, only strongly encouraging it.

However, Highlands, which voted against enforcing the coverings, has risen more than seven percent compared to the beginning of July.

The City of Lakeland will revisit its mask resolution in September.