Lakeland teen who beat, sodomized man before setting his corpse on fire sentenced to 75 years 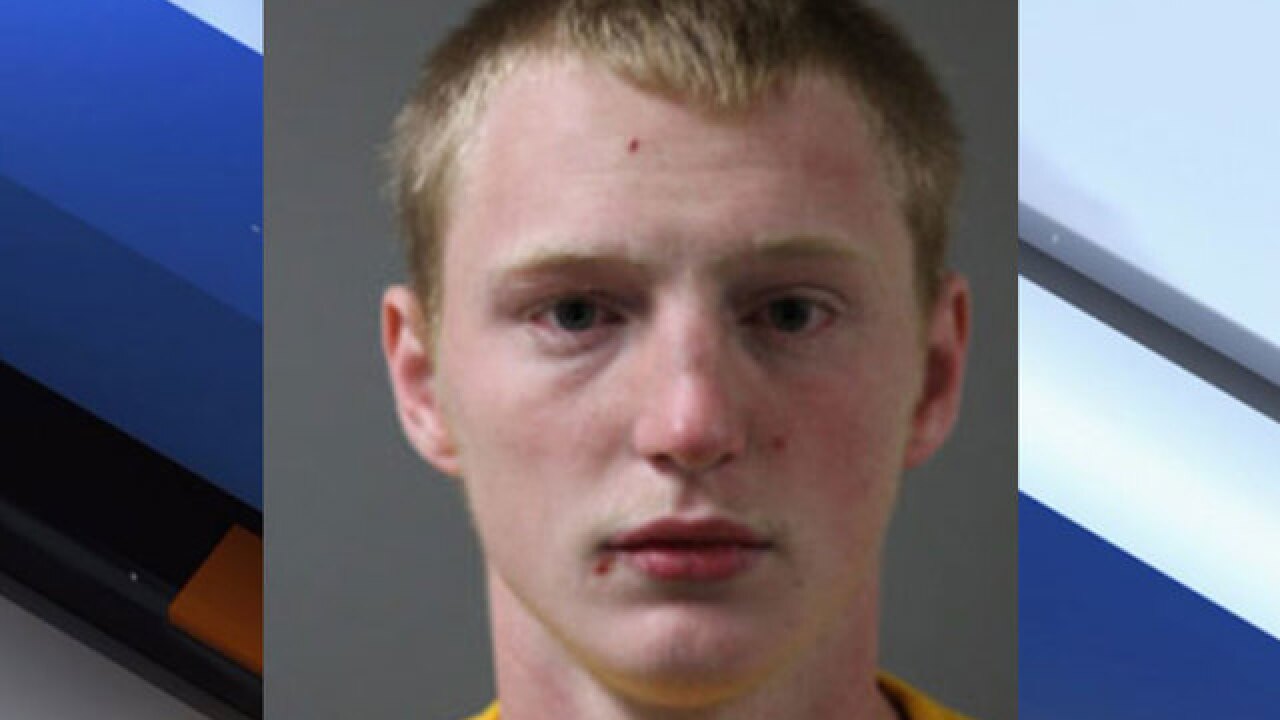 POLK COUNTY, Fla. — Nathan Johnson brutally beat and sodomized a man before setting his corpse on fire when he was 16-years-old. Now, he will spend 75 years in jail for those gruesome actions.

The following was released by the State Attorney's Office:

Nathan Johnson sat motionless as a 75-year sentence was handed down to him.

On Friday afternoon, Judge Harb sentenced Johnson to 75 years for first-degree murder, 40 years for sexual battery, 15 years for abuse of a dead human body, and five years for tampering with physical evidence, all to run concurrent with each other. Johnson was also labeled as a sexual predator.

Following a jury trial, jurors deliberated nearly three hours before finding Johnson guilty of these charges on Aug. 17, 2017. Because Johnson was 16 when he committed murder, a separate sentencing hearing was held Friday.

Johnson and three other co-defendants – Michael Gunn, Anthony Johnson, and Brian Johnson Jr. – suspected Robert Banks had raped Johnson’s mother, so on Jan. 14, 2016, they lured him over with the intent to beat him up.

“They were lying in wait inside the house,” said Assistant State Attorney Mark Levine. “When confronted about the baseless accusation of the sexual battery of their mother, Banks said he absolutely did not touch her.”

But Johnson and his co-defendants didn’t like that answer. They charged Banks, who tried to run to safety, but they slammed the door in his face and began to beat him up.

Levine told jurors Johnson and his friends would run across the room to kick him as hard as they could in the face and in the head – they shattered his face in the process. A co-defendant then grabbed a pipe and split his head open.

“They destroyed this man,” Levine said.

Close to the last minutes of his life, Johnson grabbed a flashlight and sexually battered Banks with it while taunting him. He then helped his brother tighten an electrical cord around Banks’ neck.

“The defendant jumps on his (Banks’) back and was holding him down while kicking and punching, tightening the electrical cord, choking the life out of him,” Levine said. “Banks’ life was over, but the story and nightmare wasn’t.”

Johnson memorialized the murder by taking multiple cell phone photos of Banks’ beaten and battered body. He sent those photos to his mother.

After killing Banks and taking photos of him, Johnson called his father – Brian Johnson Sr. – to tell him what they’d accomplished. His father came over to help them dispose of the body to keep them from getting caught.

They wrapped Banks with trash bags and a blanket, loaded him into a jeep, and drove to Sumter County. Banks’ body was dumped into the woods and set on fire.

But Levine said their trip to Sumter County didn’t end there. Johnson and his co-defendants went to Circle K to buy drinks, and they were caught on the surveillance video.

“This man and his cohorts didn’t have a care in the world,” Levine told jurors. “They were laughing and smiling.”

When they returned to Polk County, Johnson and his co-defendants discarded the pipe and burned the mattress Banks’ body was laid on and clothes he was wearing.

The next day, Banks’ body was spotted by a man driving his Jeep on trails in the woods. Law enforcement was called, and an investigation began, leading back to Johnson.

At first, Levine said, Johnson kept denying his involvement. But he eventually confessed to luring Banks, beating him and taking the “trophy” photos of the aftermath.

Levine said Johnson’s actions proved he intended to kill Banks. Once the plan was in motion, Johnson made conscious decisions and choices that led to one conclusion: Banks would be beaten until he was dead.

But not only was Banks beaten, he was sexually battered.

“The defendant was the one who took joy and twisted excitement in sexually battering him, and he memorialized it in taking a picture of it,” Levine said in his closing arguments. “He (Johnson) said and did things that make his intent explicitly clear.”

“These are conscious choices this man made to brutally beat, sexually batter, burn and discard another human being. He deserves to be held accountable for his actions,” Levine said.

Brian Johnson Jr. was convicted of second-degree murder, abuse of a dead human body, tampering with physical evidence, and battery. He is facing life in prison and is scheduled to be sentenced Sept. 6.

Brian Johnson Sr. pled to accessory after the fact to a capital felony and abuse of a dead human body and was sentenced to eight years in prison.