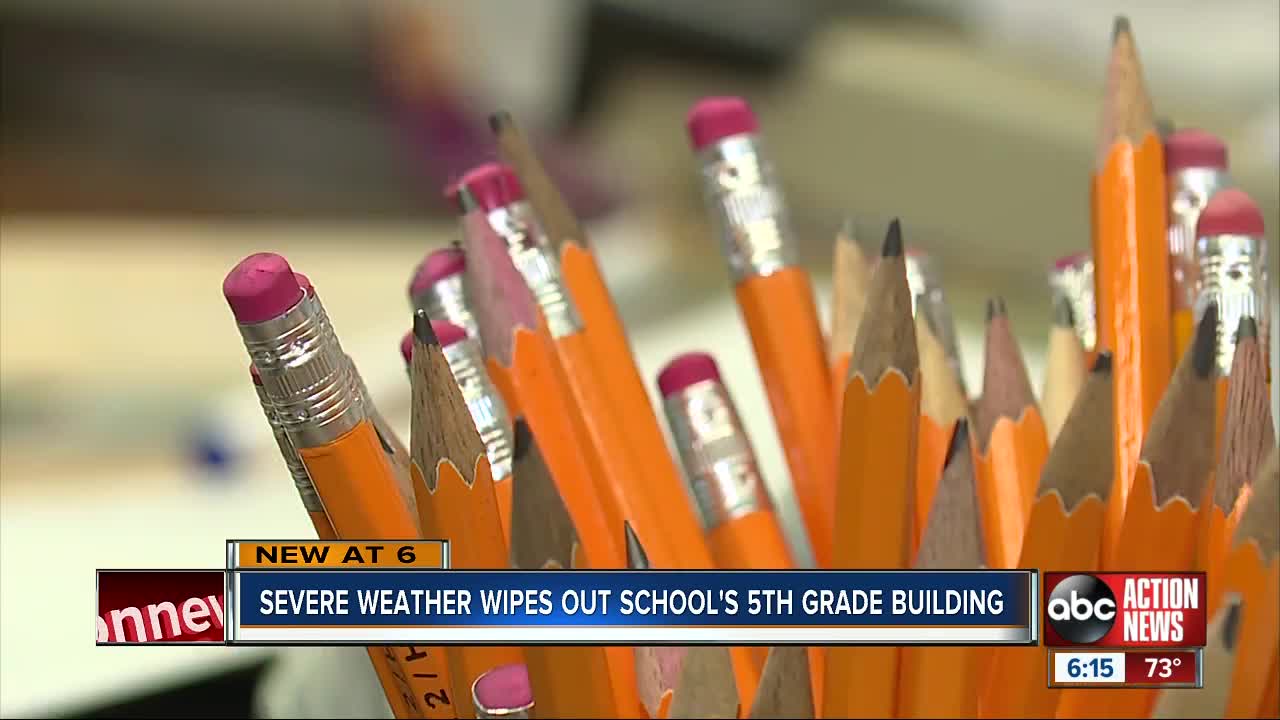 A Lakeland elementary school is trying to get back into the swing of things after October's tornado wiped out its fifth-grade building. 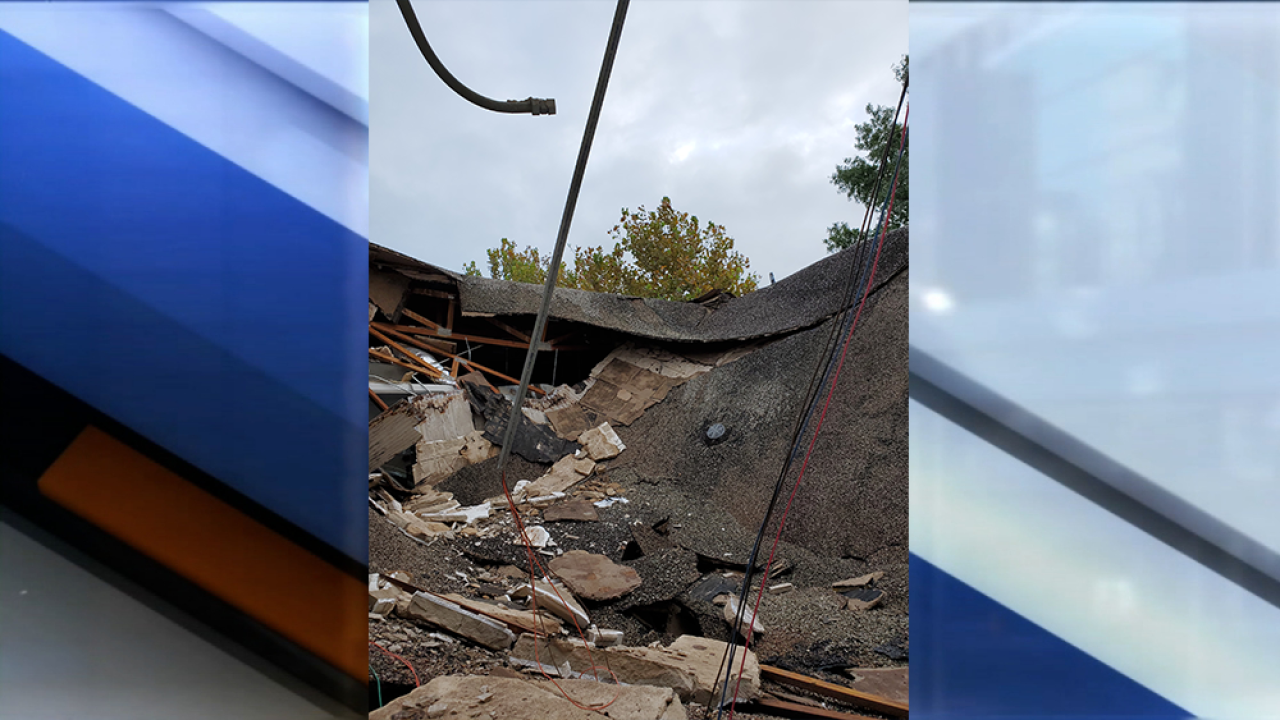 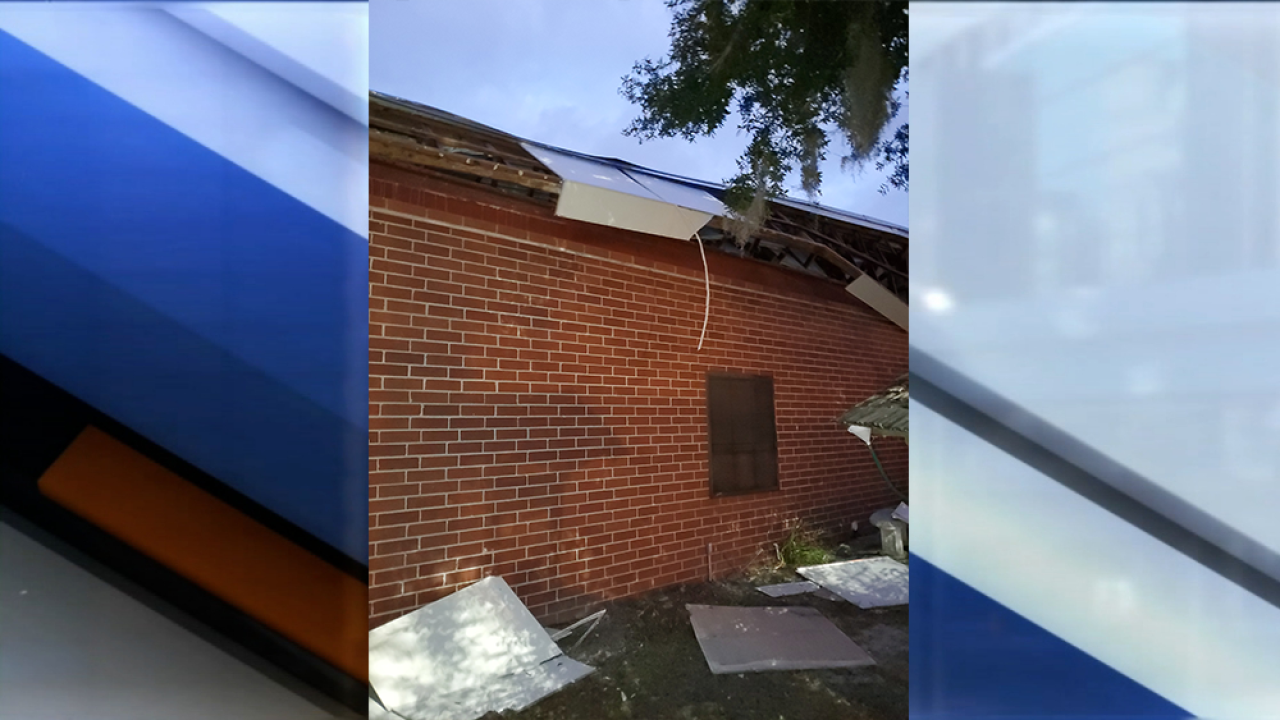 LAKELAND, Fla. --- A Lakeland elementary school is trying to get back into the swing of things after October's tornado wiped out its fifth-grade building.

Four classrooms at Oscar J. Pope were flooded and had the ceiling caved in from high winds and rain.

Three fifth-grade classrooms and a special education room have been relocated due to the excessive damaged.

“There is no words to be able to explain what happened,” said Alicia Collins, a fifth-grade teacher.

Collins said she was taken back when she saw the damage first hand.

Now, a safety fence surrounds the fifth-grade building that sits in the middle of campus. Scaffolding, trusses and debris are still visible as the cleanup continues well after the storm.

Teachers who had called the building home for years tell ABC Action News they lost everything. They lose pencils, books, paper, even chairs were claimed by the storm.

Now, they’ve taken to Amazon, making a wishlist in hopes the community will be able to help the teachers and students get back on track for the school year.

Teachers are asking for stools, posters and storage cabinets in hopes to restock their new make-shift classrooms.

“Honestly anything would help us right now,” Collins said.

Oscar J. Pope Principal Carol Griffin says she didn’t expect to the damage to be as bad as it was. But once inside, she realized she had her work cut out for her.

“I saw the water and water had completely flooded the entire building,” said Griffin.

From a distance, you can see the roof from the building lifted, but the rain was the main culprit. It caused the roof to cave in.

“We lost everything,” Collins said.

Polk County Schools tells ABC Action News the cost, which isn’t known yet, should be covered by insurance. However, it will take a significant amount of time for routines to get back to normal.

Soon, the fifth-graders will have to move once more into larger, temporary portables which sit next to a large empty field and across from the outdoor P.E. class area.

Collins says her students have made the transition easier with their high spirits and motivation, sometimes even excited about the transition.

“They kept on saying everything is going to be OK, we are going to get through it and I was like like if fifth-graders can tell me that, I can get through it,” Collins said.

If you’d like to donate to Oscar J. Pope, and the teachers who lost items due to the tornado, click the following links.