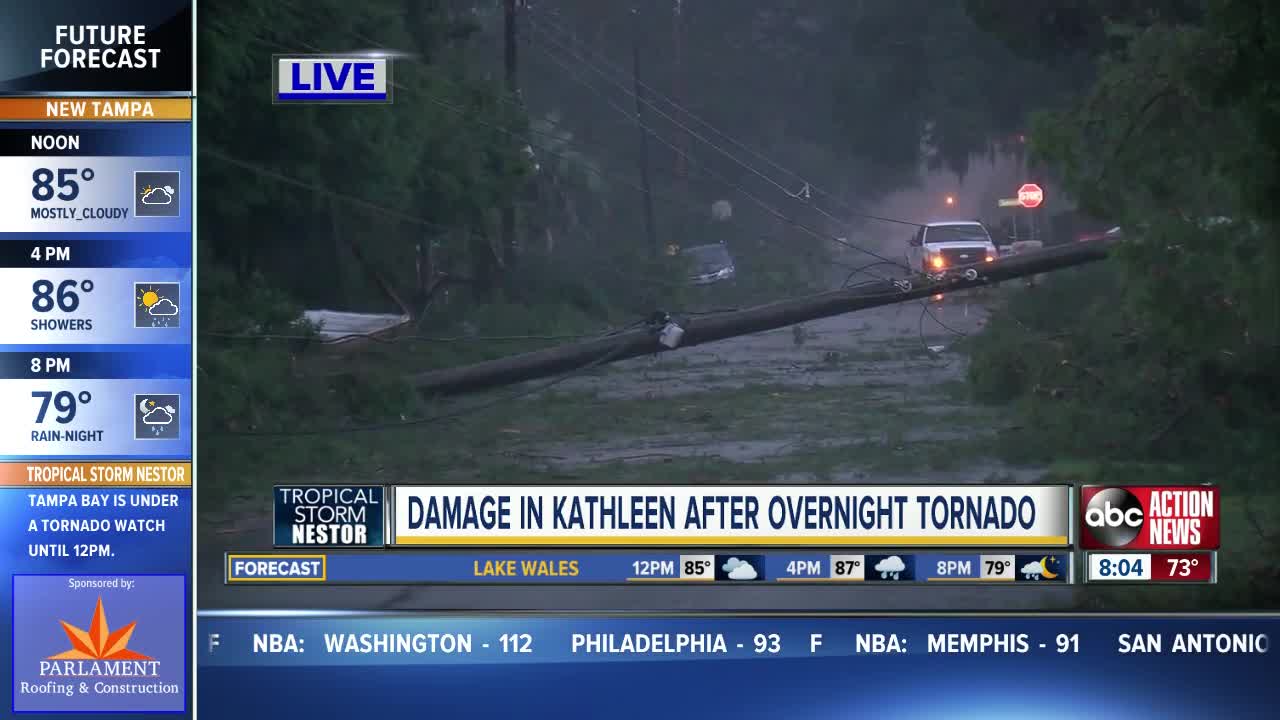 Significant damage was seen throughout Kathleen, including major damage to the roof of Kathleen Middle School. http://bit.ly/2qn9En7 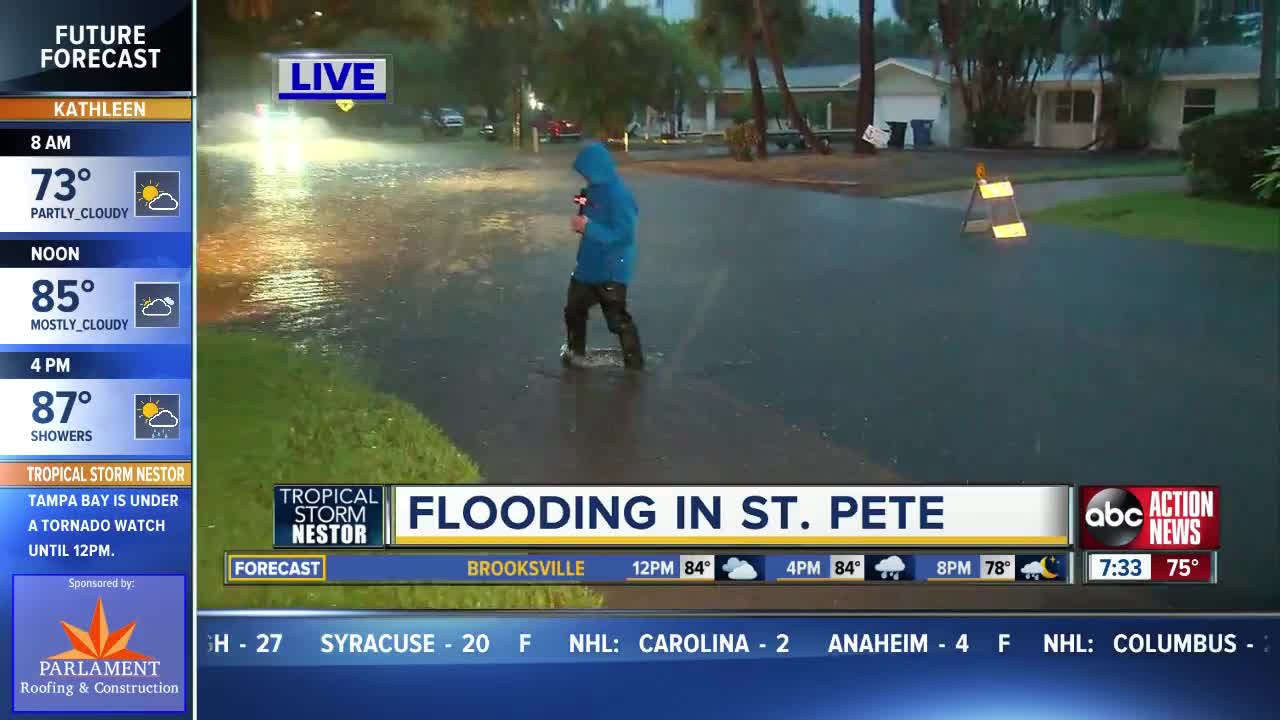 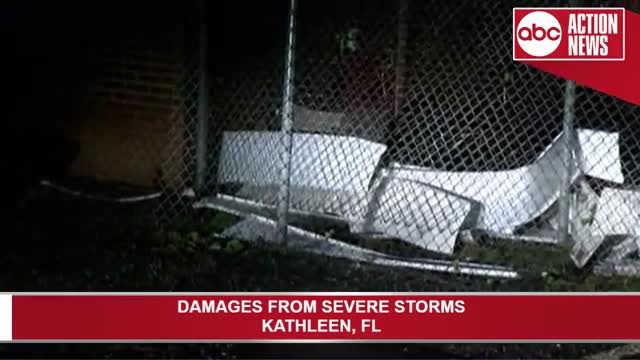 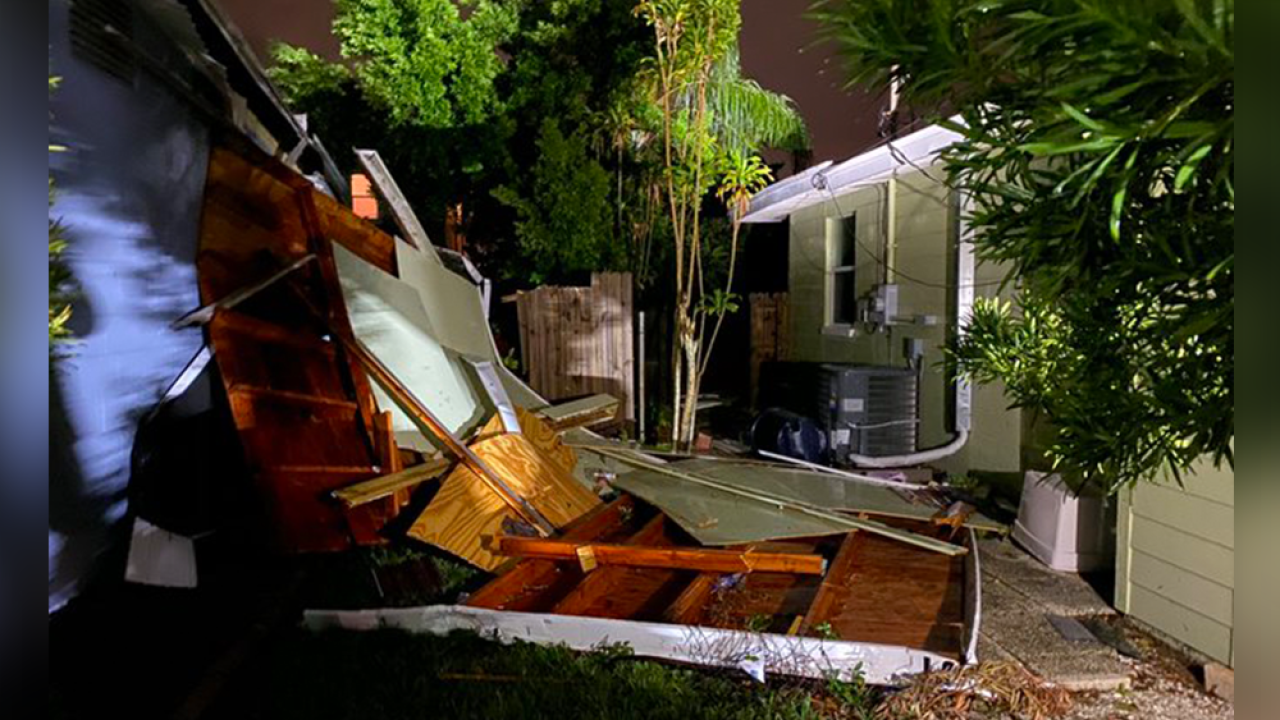 PINELLAS COUNTY, Fla. — At least three tornadoes were reported in the Tampa Bay area on Friday night and into early Saturday morning from Tropical Storm Nestor, which is now a post-tropical cyclone.

The National Weather Service says an EF-0 tornado came through the Twelve Oaks Mobile Home Park in Seminole. While another tornado reportedly touched ground in Polk County, leading to dozens of damage reports. Around noon on Saturday, NWS confirmed reports of an EF-1 tornado in Cape Coral that caused damage to at least one home and several vehicles.

All of the Tampa Bay area counties are under a tornado watch until 12 p.m. on Saturday.

Hillsborough, Pinellas, Pasco and Polk counties were issued tornado warnings before expiring late Friday night. The strong storms have knocked out power for over 2,400 customers in Pinellas County as of midnight, according to Duke Energy. Over 900 were without power in Pasco County, Duke Energy said on its website.

ABC Action News' crews surveyed damages across the area. Reporter Michael Paluska was on scene of a roof being ripped off a home in Seminole.

The homeowner told ABC Action News it sounded like a tornado when their roof flew off.

Roof of home ripped off in Seminole. Homeowner tells me it sounded like a tornado. pic.twitter.com/PUeGYls9RE

Firefighters in Seminole says no one was injured in the Pinellas County city. At least two homes were damages and a couple other trailer parks suffered damages.

A tornado reportedly touched down in Kathleen, Florida, according to the National Weather Service. Over on I-4, a tractor-trailer was knocked down in Polk County. FHP Troopers say the reported tornado passed over the road and caused the semi to overturn onto another vehicle. No injuries were reported.

Crews also responded to a call of an RV being blown onto a house in Kathleen.

BREAKING: significant damage in Kathleen. This RV was blown onto a house. Major damage to roof of Kathleen Middle. @abcactionnews @DenisPhillips28 pic.twitter.com/JX9FsedVIP

Multiple power lines were repordedly downed across Polk County, including one near Clark Road and New Tampa Highway in Lakeland.

A power line is down by Clark Road and New Tampa Highway in Lakeland. pic.twitter.com/hmAZYHys2E