Lakeland church reopens food bank after it was destroyed by tornado 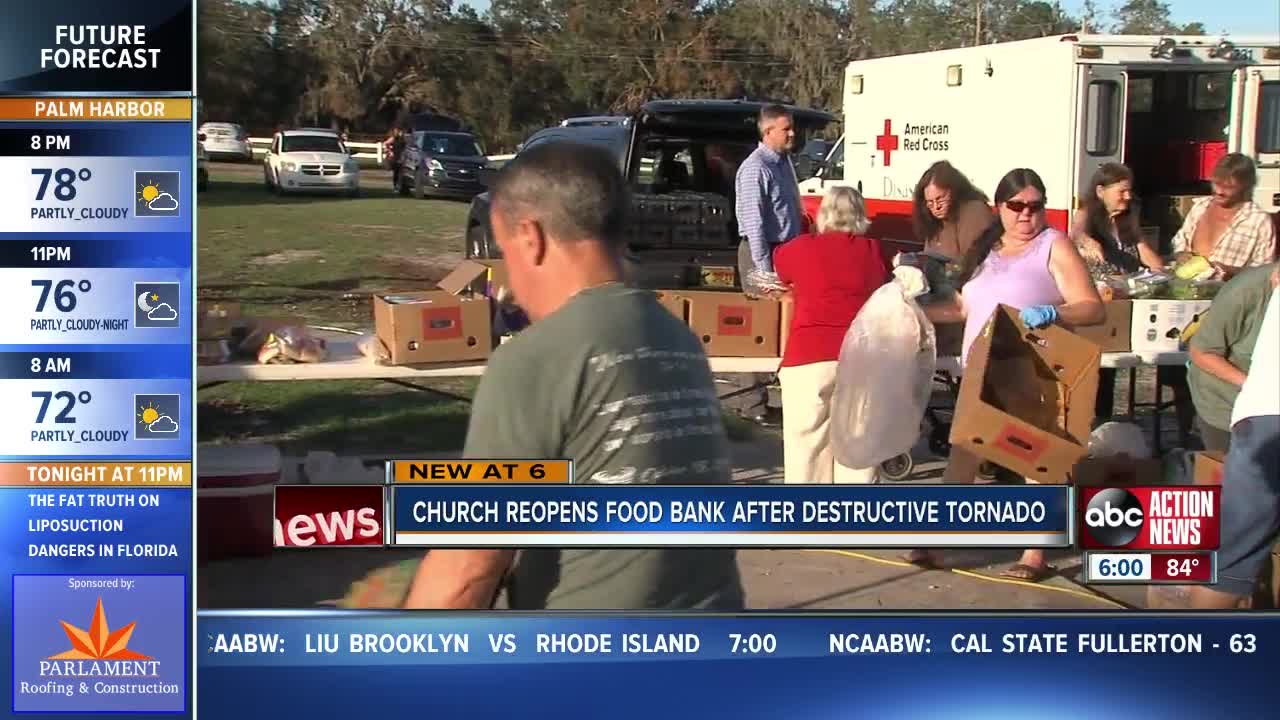 Boarded up windows, a makeshift roof and holes in the ceiling won’t keep Mt. Tabor from giving back. 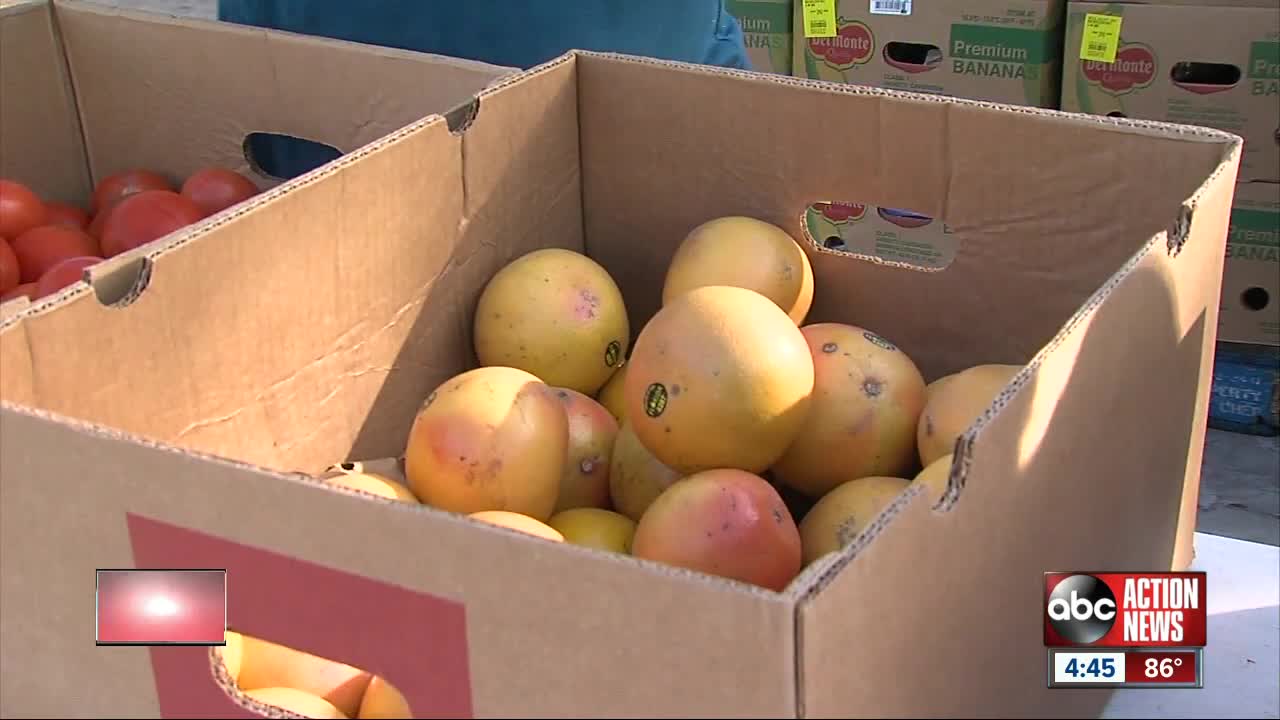 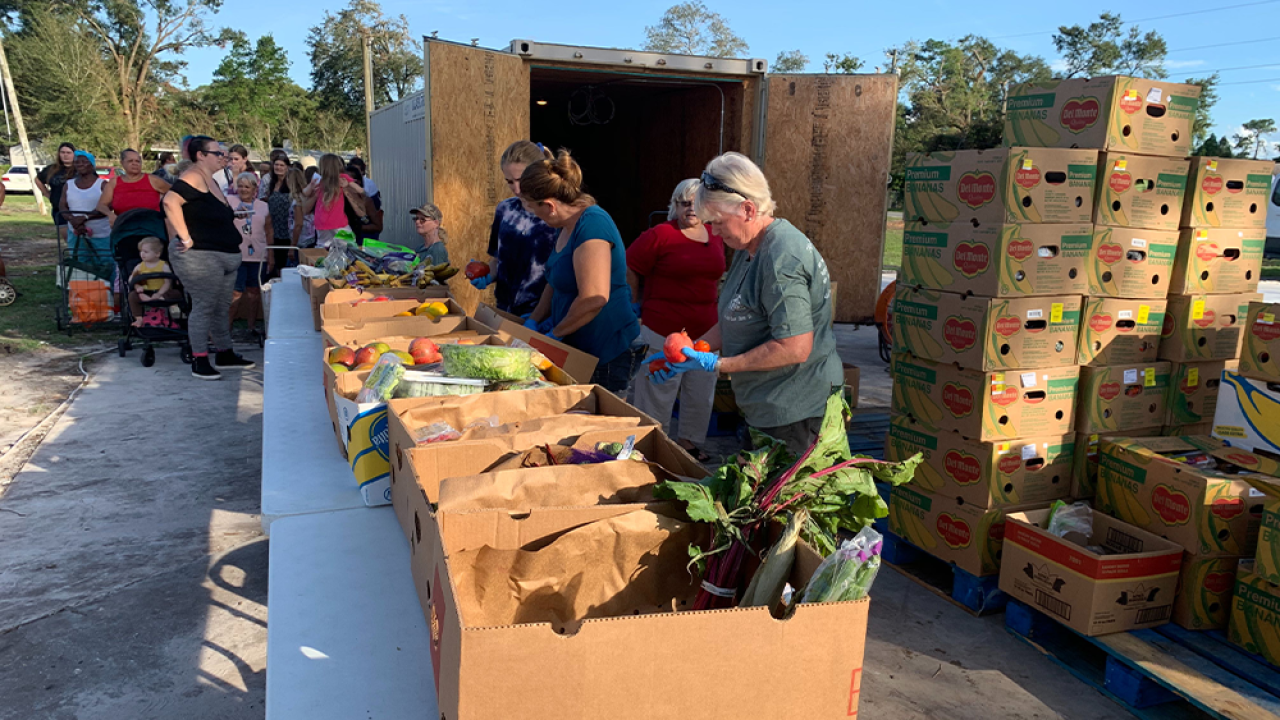 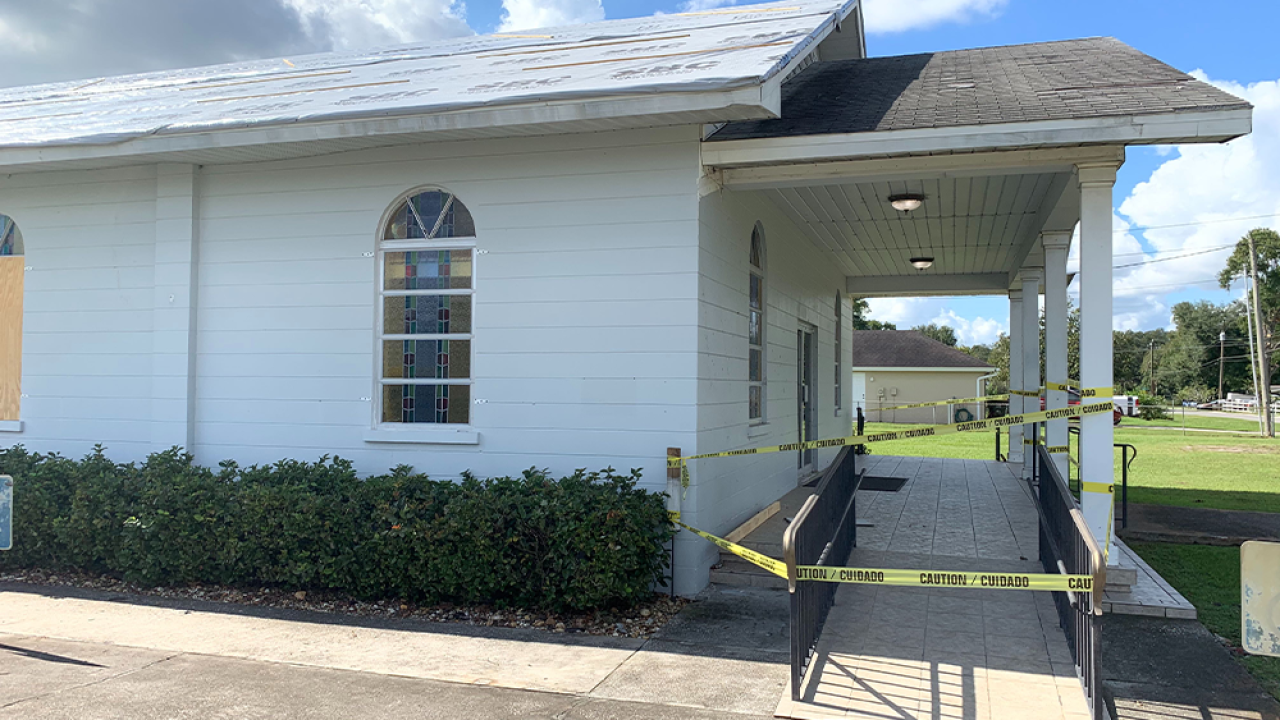 LAKELAND, Fla. --- Boarded up windows, a makeshift roof and holes in the ceiling won’t keep Mt. Tabor from giving back.

Thursday afternoon, Mt. Tabor church, which is still in the beginning stages of rebuilding, opened their arms once again to those in need.

October’s tornado not only damaged their place of worship, but also put their weekly food bank on hold, until today.

“It is a good day for us,” said Pastor Matt Gilmore.

After the tornado swiped through the Kathleen neighborhood in October, Gilmore set a goal to reopen the food bank on Nov. 7.

“We will hand out all that food out today,” said Gilmore.

Pastor Gilmore tells ABC Action News in the last three months, not counting October, the church gave away about 115,000 pound of meat. So, it was to no surprise when Gilmore told us a metal shipping container full of food would be gone by 6 p.m. Thursday night.

Gilmore doesn’t take all the credit for getting the church back on it’s feet so soon. He says it’s all thanks the community’s volunteers and members of the church who got everything rolling again.

“Damage was phenomenal, we lost the ministry center, they lost their house, but the community has come together and it has been amazing,” he said.

The food bank, which is usually outside, now sits on top of a concrete platform where the ministry center stood weeks ago. Gilmore said that was the same building his family lived in for seven years before turning it into part of the church.

Gilmore says the food bank is usually held under a giant oak tree which the tornado also claimed.

While the food bank is ready and rolling again, there is a lot of work left to do. The youth group’s room is just boards and concrete and worship for the entire congregation will be temporarily held in the cafeteria. Those things can be fixed with time and money.

But the worst part of all of this, Gilmore says are the new county codes that will force the church to purchase and build a water tower since there are no fire hydrants nearby.

That purchase will have to be done before even one brick is laid. The cost could set Mt. Tabor back more than $100,000 — something Gilmore says may force the church to not rebuild the ministry center at all.