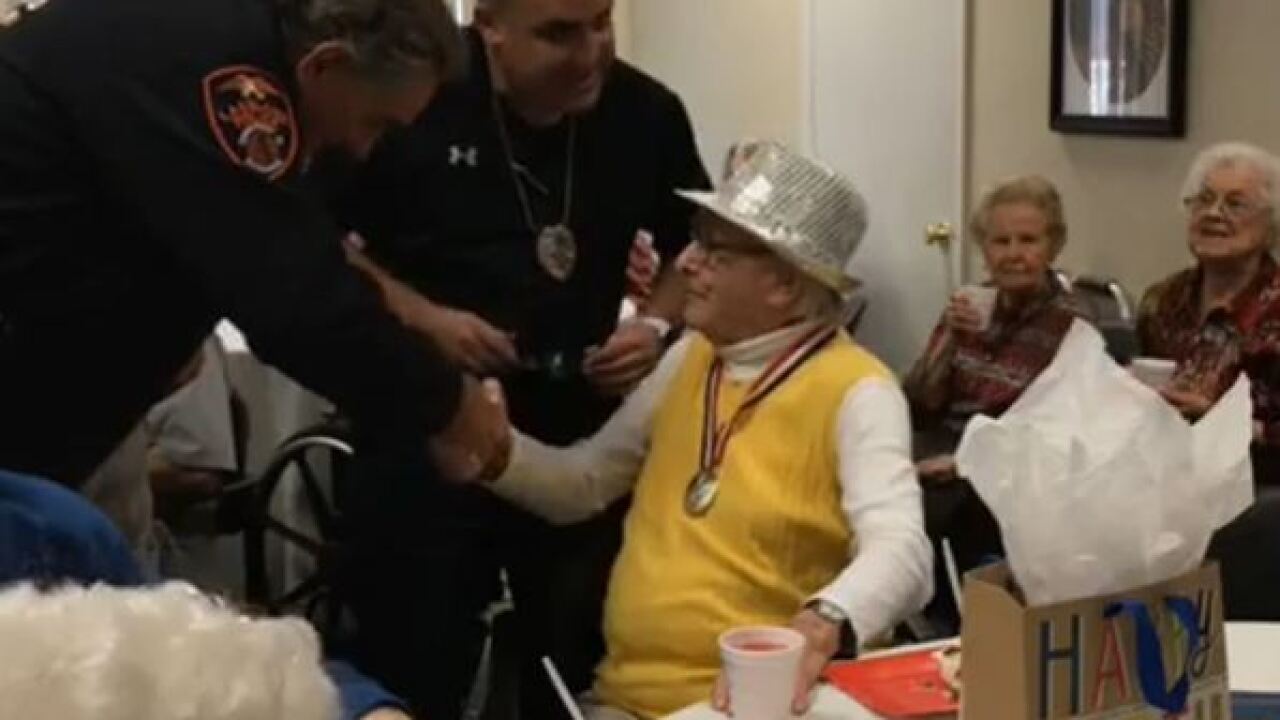 LAKELAND, Fla. — A Lakeland man celebrated his 107th birthday Tuesday and even with a clean bill of health.

Dozens waited in line, at the Lake Morton Plaza assisted living center Tuesday to celebrate all of the years Ike has lived so colorfully.

Even the Lakeland Police Department showed up, but not for the party being too rowdy.

Officer Alex Gomez, made Lake Morton Plaza a frequent stop before Ike was 106.

Since then they’ve been Wii bowling buddies.

“Our friendship is hugs every time I come to see him, this is one of my places I like to come to, it’s in my neighborhood,” Alex Gomez, with Lakeland Police said.

This year, Ike was able to meet Lakeland’s police chief and other members.

He received a happy birthday letter from Lakeland’s mayor.

The department also put together a Facebook inspired birthday card with more than 600 comments.

When Ike’s daughter told him the signatures were from all over the world, Ike could hardly believe it.

Lake Morton Plaza employees say Ike is in such great shape, he still does his own laundry.