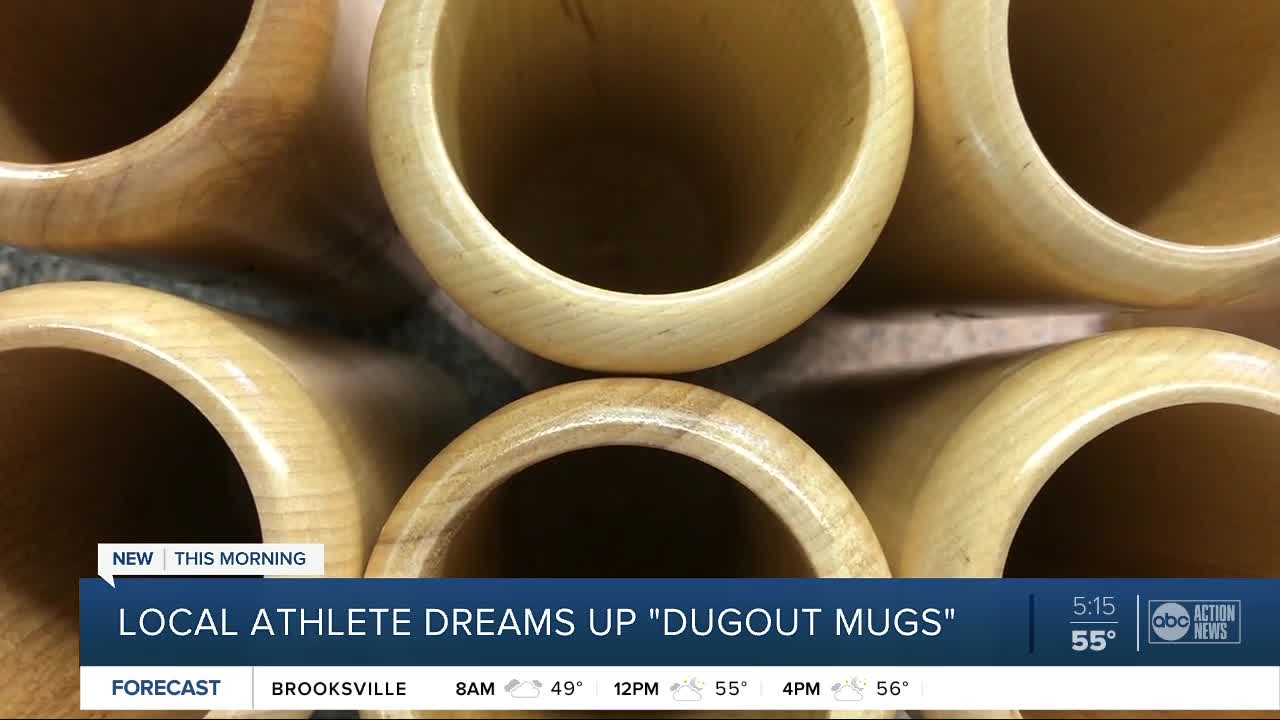 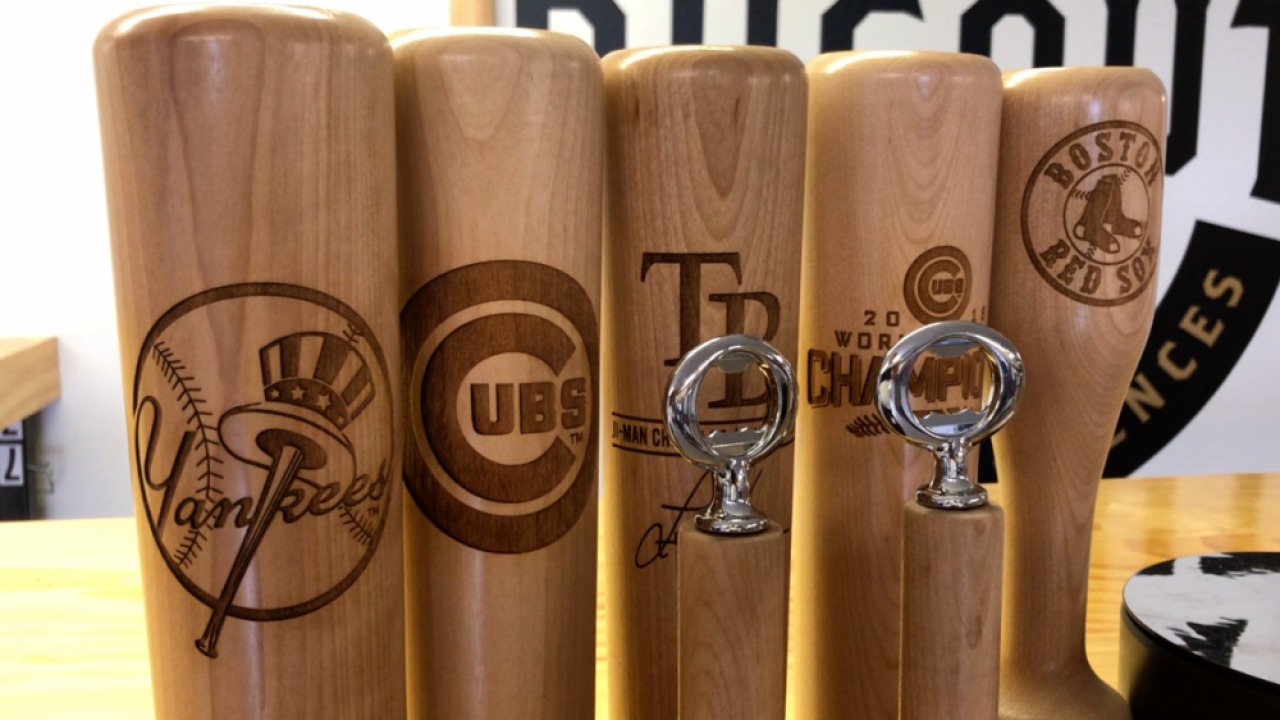 The Toronto Blue Jays signed the Florida Tech pitcher as an undrafted free agent in 2011. He then played in 18 games this summer for Dunedin.

The following spring, just before extended spring training, the Blue Jays released him.

“They told me to take a hike,” Thompson says. “It’s a really tough pill to swallow when someone tells you you’re not good enough.”

He tried his hand at coaching at Florida Institute of Technology, but he wasn’t loving it. One day he saw a fellow coach sawing a baseball bat in half to make a training tool.

“I had a lightbulb moment that you could drill it out and drink from it,” Thompson says smiling.

Dugout Mugs were born then.

Made out of birch wood, the drinking bats hold hot and cold beverages.

They are a hit with fans and star players such as Chipper Jones and “Big Papi” David Ortiz.