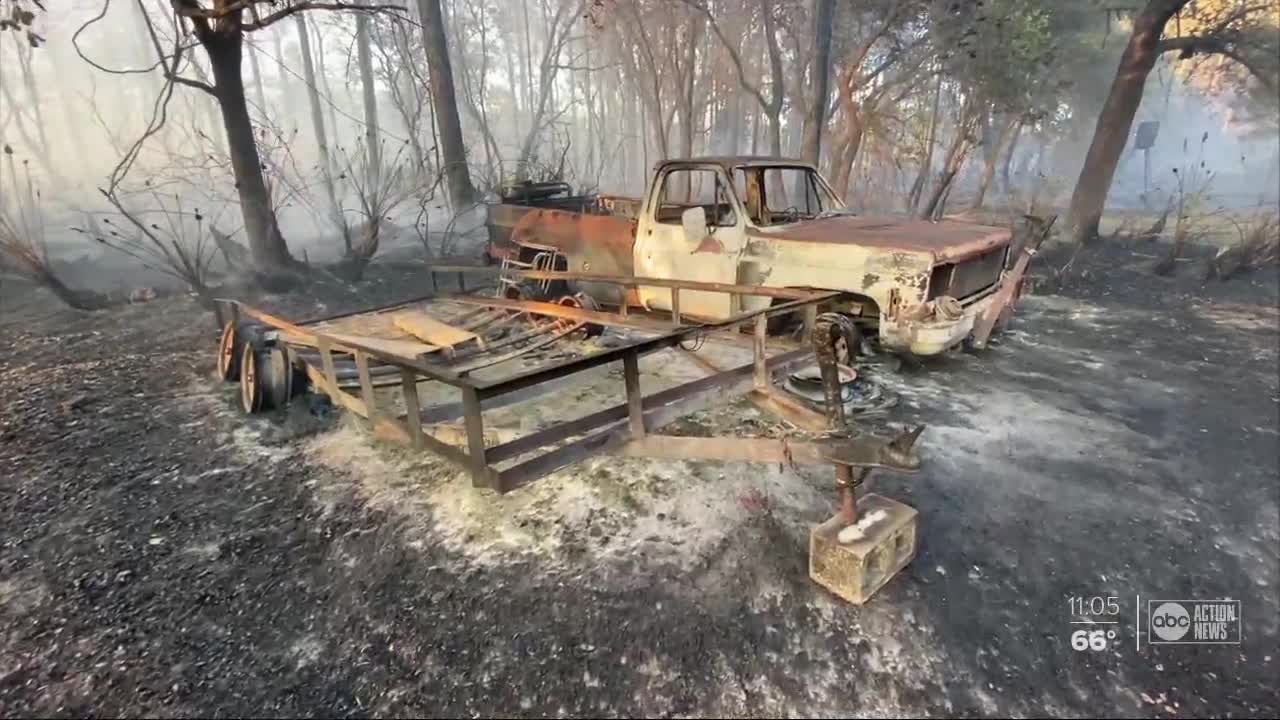 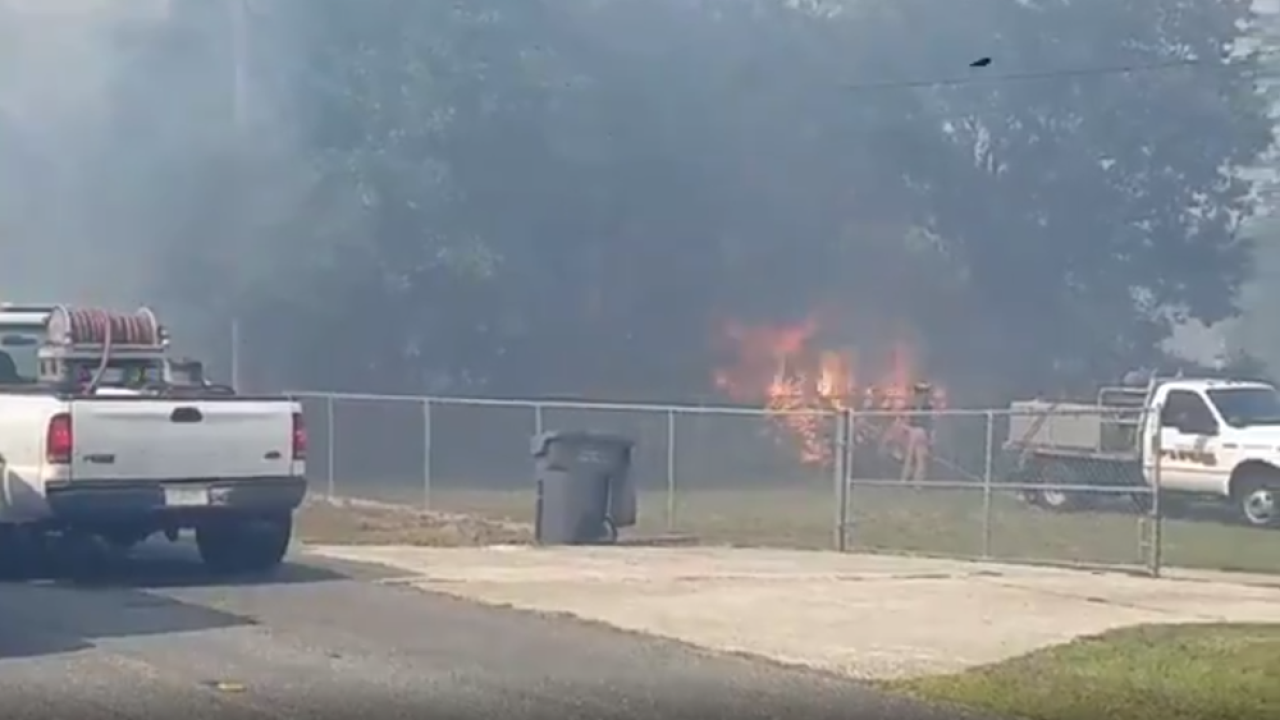 Crews were dispatched to the brush fire off S.R. 60 and Tiger Lake Road shortly after 1:30 p.m., according to officials.

The fire destroyed two sheds and a couple of parked boats.

Firefighters kept the flames from reaching homes in the area.

Travis Waters lives off Tiger Lake Road. He came home and saw smoke in his backyard.

"I just saw a big old fire. I didn't know how to act. I had a couple of people come over to get some of my belongings. Luckily, they saved some stuff, but stuff got burned up," said Waters.

Waters lost a shed with tools. He also lost a generator, lawn mower, ATV and his grandfather's truck.

"The dry season usually runs up until June.. .that is typically when we start receiving rain. This year has been a little different. We received some rain in some spots, but we have not received enough precipitation to make a big difference in dry conditions," said Chlanda.

Crews also responded to two other bush fires on Thursday night in the River Ranch area.

Tiger Lake fire still is 95% contained at 85 Acres. 2 outbuildings were destroyed no homes were damaged. @FLForestService personnel will be monitoring the fire until is is dead out. Cause is still under investigation. pic.twitter.com/oQkIwrb4vH