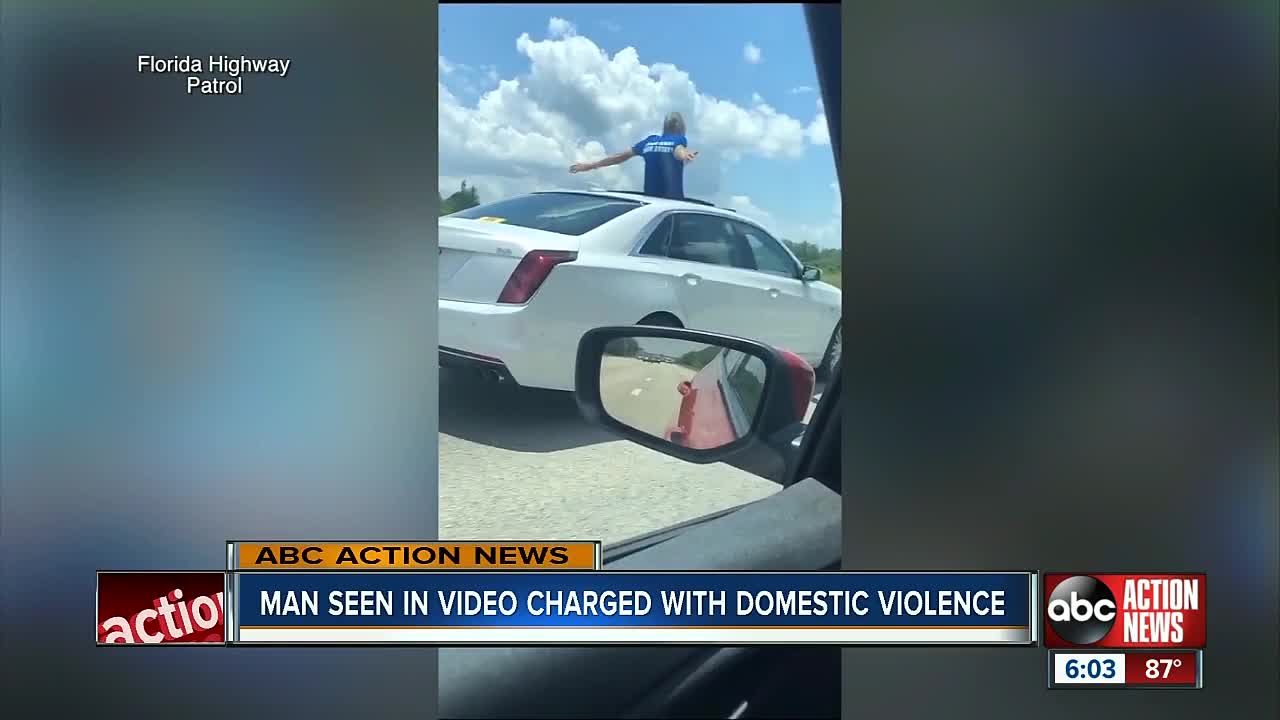 The Lakeland man who was filmed standing through the moon roof of his vehicle as it sped down I-4 is now facing charges for domestic battery, according to the Polk County Sheriff's Office. Story: https://wfts.tv/2Hj4VaR 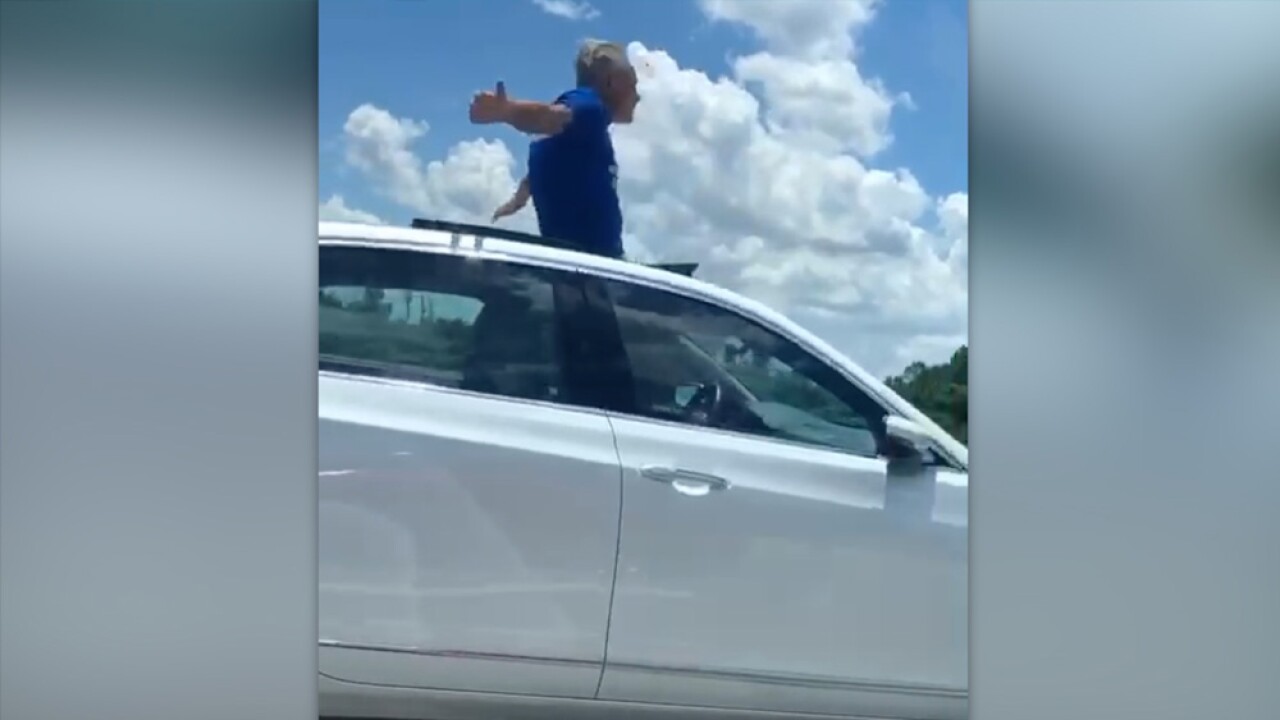 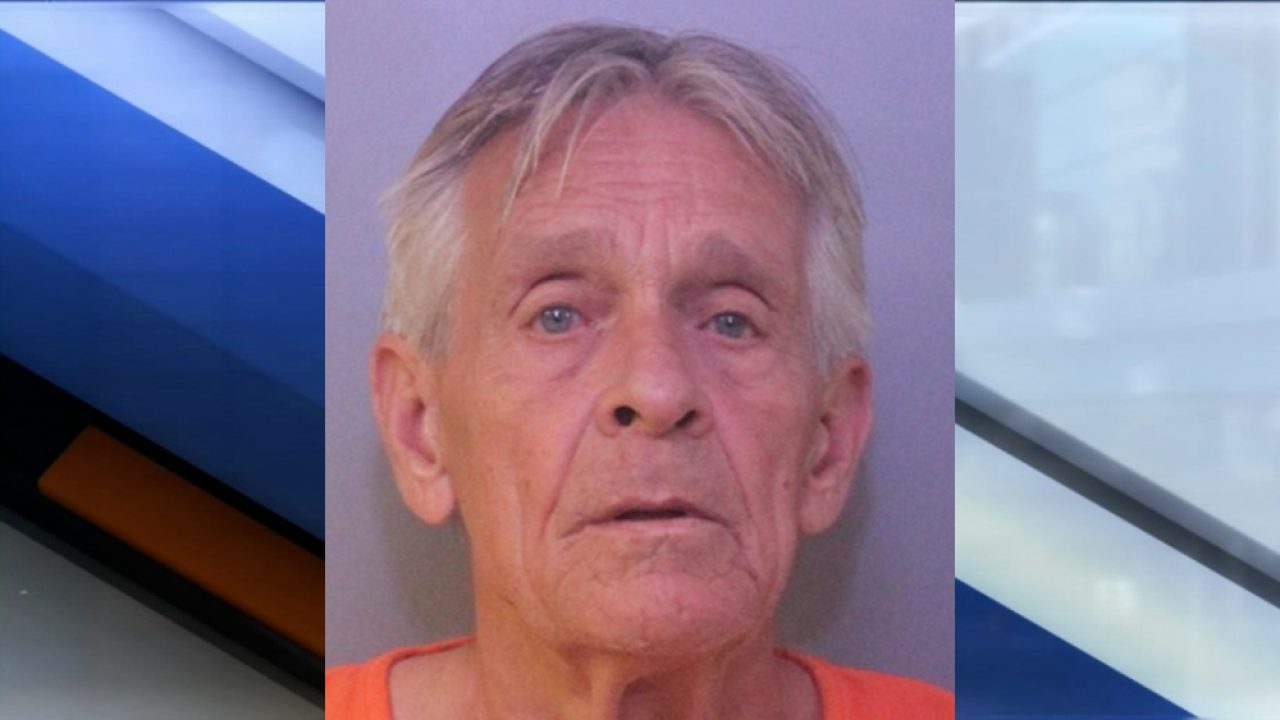 LAKELAND, Fla. — The Lakeland man who was filmed standing through the moon roof of his vehicle as it sped down I-4 is now facing charges for domestic battery, according to the Polk County Sheriff's Office.

Leonard Olsen, 70, was arrested on Tuesday by Florida Highway Patrol for reckless driving. He was captured standing up in a white Cadillac with his arms spread open as he traveled westbound on I-4.

On Saturday, the Polk County Sheriff's Office announced that Olsen had a warrant out for his arrest for domestic battery prior to his reckless driving arrest.

Deputies say they made contact with Olsen the day he was arrested by FHP and he agreed to turn himself in. Deputies were en-route to meet him when they saw that he was already pulled over by FHP.

Deputies served the PCSO warrant after he was booked into jail.

According to an affidavit, the domestic incidents began on April 30 and continued through May 6.

Olsen is accused of choking his 69-year-old wife on April 30 because she took too long to come to bed, the affidavit says. She woke up the next morning with bruising on her throat and a hoarse voice, deputies say.

On May 5, Olsen's wife told deputies she came home after going out for dinner when another incident happened. Olsen ripped up the dress she had worn while calling her vulgar named and accusing her of having an affair, the affidavit says.

On both of those occasions, Olsen yelled vulgarities and played music loudly to prevent the victim from falling asleep, according to deputies.

A short time later, Olsen pushed the victim down on their bed, straddled her and put a hand on her throat, deputies say. The victim was able to push Olsen's hand off her throat, according to deputies.

Olsen then put his thumb in the victim's mouth and she bit it, deputies say. He got off the victim then blocked the doorway to stop her from leaving the room.

Olsen eventually moved and left the home, deputies say. The victim called the sheriff's office and reported the incidents.