Davenport family fighting to regain custody of their pet elephant

Copyright 2018 Scripps Media, Inc. All rights reserved. This material may not be published, broadcast, rewritten, or redistributed.
Liebel family

DAVENPORT, Fla. — A Polk County family is in a custody battle over their pet elephant.

The Liebel family, which currently lives in Davenport, has owned ‘Nosey’ for more than thirty years.

They say they took her in as a baby when her family was slaughtered in Africa.

Ever since, Nosey has been a part of the Liebel Circus and performed in shows across the country. 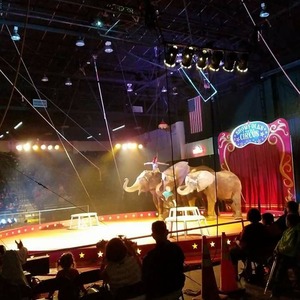 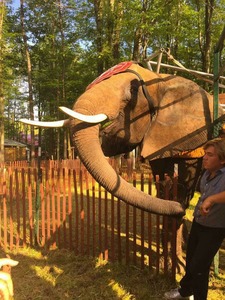 She drove more than two hours to do a interview with ABC Action News.

Liebel said her passion to get the animal back is as strong as her love for Nosey.

“She’s the only elephant we have, she’s our baby and she’s our everything. We would never get another elephant after her,” Cathalina said.

Right now Nosey is not at home. The 36-year-old elephant is currently at the Tennessee Elephant Sanctuary, where there is no human contact with the animals. 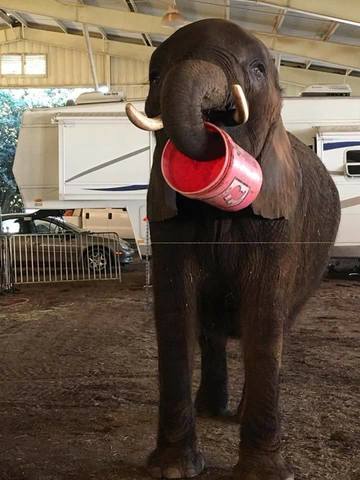 Nosey arrived there after an incident in the summer of 2017 when the Liebel Circus was on tour with their animals and encountered car trouble in Alabama.

“When we were in the town of Moulton, which is where the truck broke down, an animal control officer came out, but had no experience with exotic animals,” Cathalina said.

The family had pulled over to fix it and took out Nosey and put her in a pen. 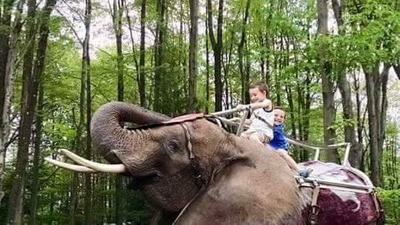 That’s when complaints started rolling in according to his daughter and animal control seized their elephant and four ponies.

“We are very concerned for her health and her safety as well as temperatures,” Cathalina said.

Since Nosey was brought to the Tennessee Elephant Sanctuary, The Liebel family says they’ve recognized the elephant’s separation anxiety in pictures and even claim they spotted Nosey with a bruise and broken tusk.

ABC Action News spoke with a member of PETA, Rachel Matthews who is a lawyer and elephant activist.

Matthews say Nosey does have a broken tusk, but that it’s very common for elephants to break them and that it does not cause pain.

We asked why PETA was going after Nosey’s family.

“She spends her life confined in a cramped trailer, carted from city to city and forced to give rides and perform tricks and that has taken an incredible mental and physical toll on this animal as the trial testimony in Lawrence County showed,” Matthews said.

Three weeks ago a judge ruled to give custody of the ponies back to the Liebel family but has yet to make a final decision about Nosey’s custody.

Matthews says PETA will do everything in their power for Nosey not to go back home to Florida.

“Nosey is in no condition to return to her former life but if the judge does end up ruling that she should be returned, PETA has announced its intent to file a federal lawsuit against the Liebel circus under the Federal Endangered Species Act for harming and harassing this elephant,” Matthews said.

However, this is nothing new to the Liebel family who says they will not be giving up their right to own and love their pet elephant.

“We want her back with us because it’s not only what’s good for us, because we miss her terribly; but because she misses us and it’s very obvious if you look at the pictures online with her and our family, she can see that she is much happier with us than she is by herself away from human contact,” Cathalina said.

PETA claims Nosey has suffered abuse for a number of years including chaining, prodding and starvation.

The Liebel family says it’s absolutely not true and says some of the USDA-regulating guiding techniques enforces them to use such tools in different situations.

The Liebel family is hosting a dinner to educate the public about exotic animals and to also raise funds in hopes of getting Nosey back home.

It is scheduled for January 11 at the Show Folks Club.