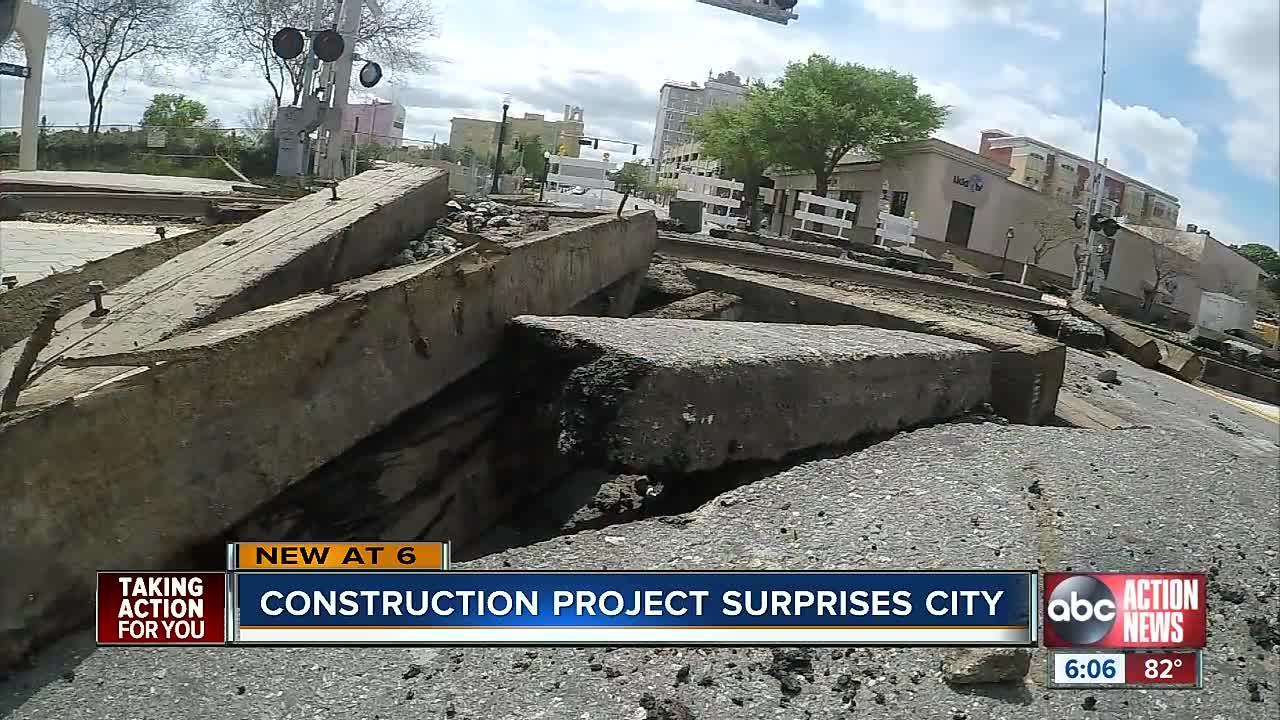 Ripped up tar, rusty nails and debris — things Lakeland residents are used to seeing scattered around downtown, until this week. 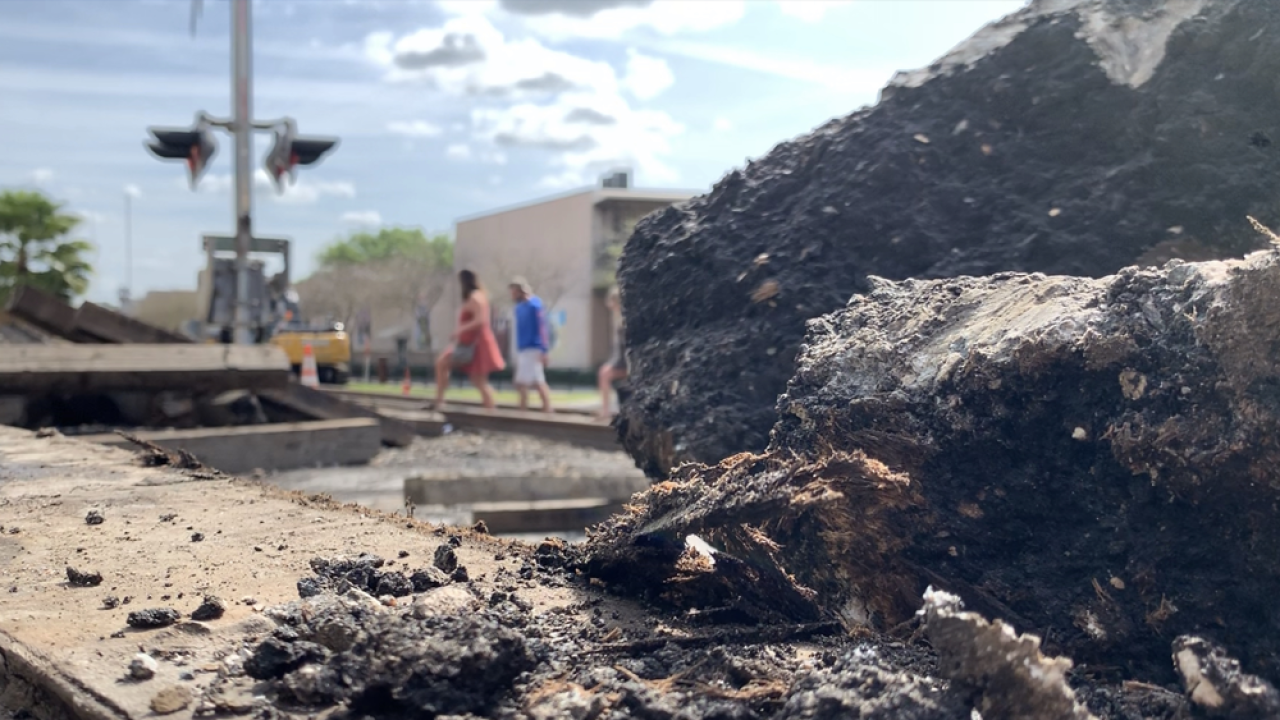 LAKELAND, Fla. — Ripped up tar, rusty nails and debris — things Lakeland residents are used to seeing scattered around downtown, until this week.

CSX is in the middle of a railway crossing restoration, but the city says it was somewhat unexpected.

With dozens of complaints to the city’s transportation department, the City of Lakeland says it knew the project was going to happen, but not when. They say CSX representatives kept pushing the project back, which left them unsure of when to announce the work.

Then, all of a sudden, on Monday morning CSX began their work. Tearing up each intersection where the train tracks cross downtown — and what a sight.

ABC Action News arrived Wednesday morning to dozens of people making their way up, around and over the construction. Everyone from tourists lugging their suitcases, mothers carrying their children and Jimmy John’s workers lifting their bikes over the tracks.

“How am I going to cross,” Thirsa Milton debated crossing the railway but thought better of it. “Oh no ma’am I’m not that crazy,” she added.

But, she seemed to be the minority. By the end of the day, hundreds of people will have crossed the dangerous tracks that are somehow still in operation for the trains that need to pass through.

We spoke with one mother who says she usually takes her two children to the children’s museum in downtown Lakeland, but she says she may take the rest of the week off because of safety.

Not only is pedestrian traffic a mess, but drivers are stuck in long lines.

“I found it to be very inconvenient,” Milton said.

The city says the work is expected to be completed by Friday.

One woman even questioned: What happens if someone is to get hurt? Who would be responsible?

The Lakeland Police Department says to ensure safety, they have a cop downtown monitoring those climbing up and and over the construction.

ABC Action News arrived around 11:30 a.m., when the busy foot traffic begins for Lakeland. CSX workers weren't seen at the tracks all day.

“I got here before 11 and no one was working here either,” Milton said.

The City of Lakeland says as long as CSX finishes its work by Friday, the roads should be back open by Monday. By the looks of the construction, residents are skeptical about that deadline.

“I don’t think Friday is in the picture,” Milton said.