Canadian couple get close-up look at massive gator in Lakeland 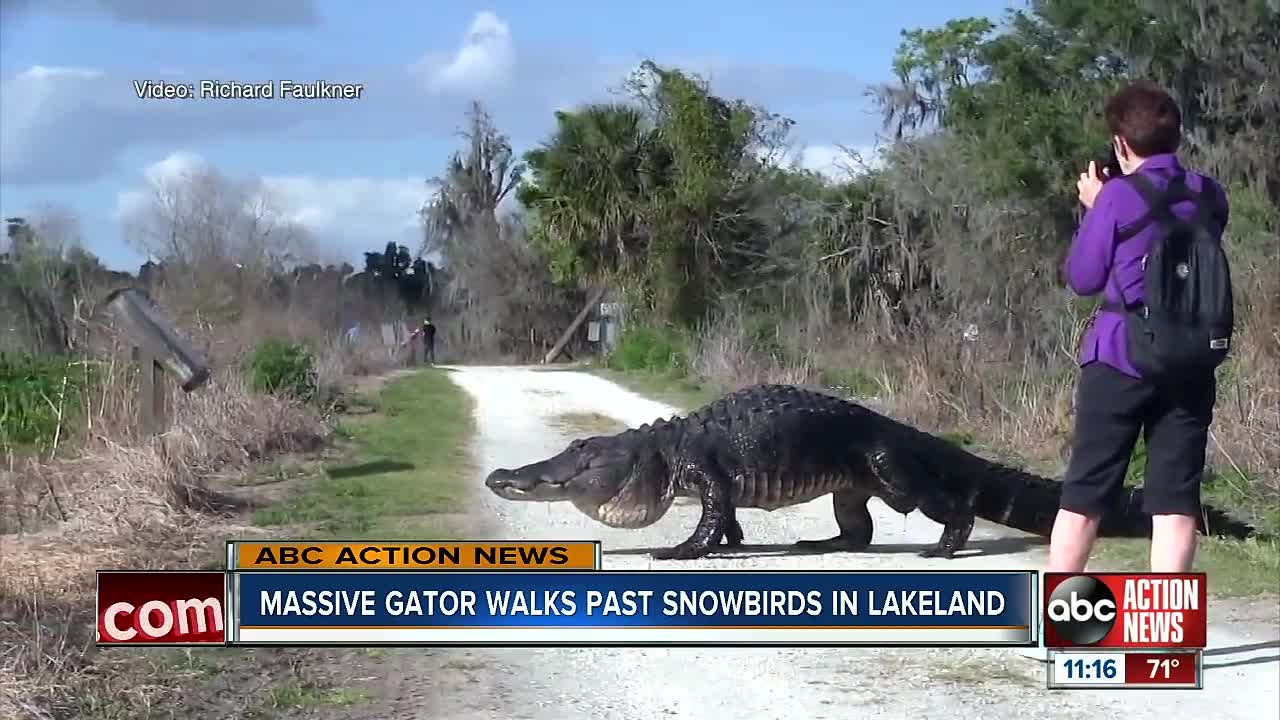 A Canadian couple whip out their camera in time to catch a massive gator crossing a Lakeland trail. Snowbirds Richard and Kathy Faulkner caught the giant alligator on video at the Circle B Bar Reserve in Lakeland. 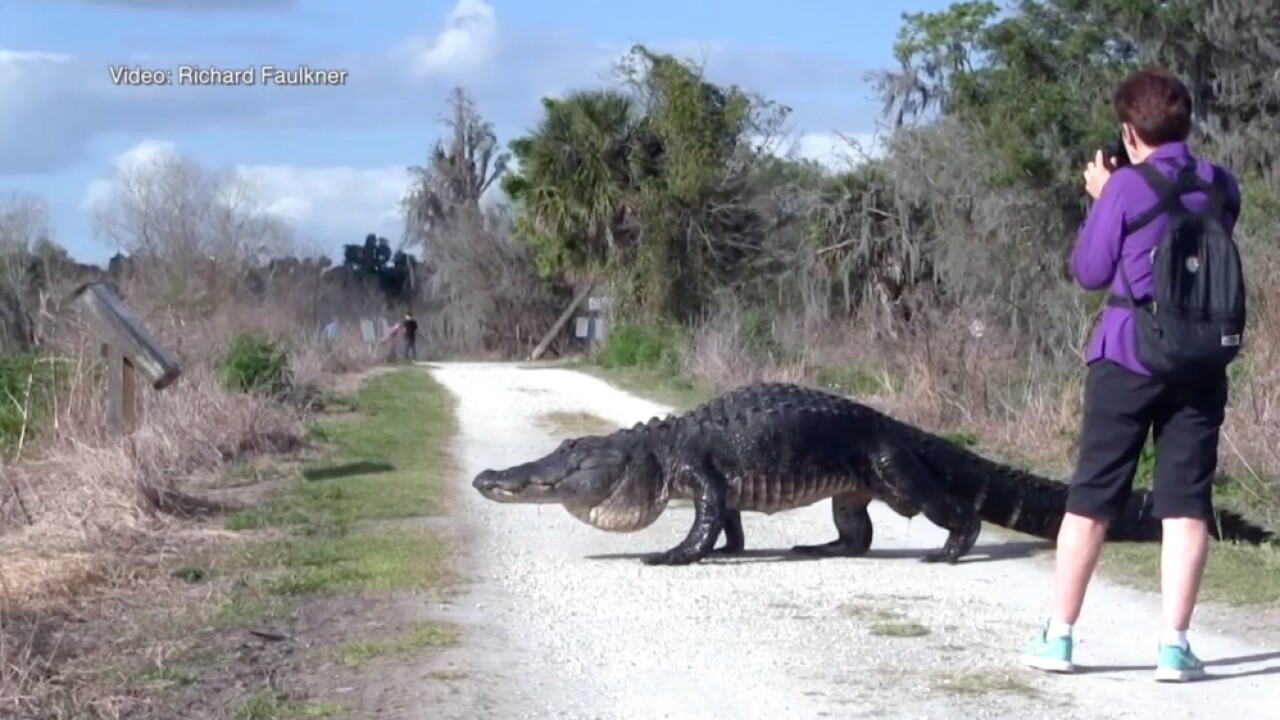 LAKELAND, Fla. — A Canadian couple whipped out their camera just in time to catch a massive gator crossing a trail at Circle B Bar Reserve in Lakeland.

Snowbirds Richard and Kathy Faulkner were visitng the reserve when Kathy noticed the gator coming out of the water right in front of her. She snapped pictures while her husband reordered the encounter.

“Kathy is 15 feet from this guy,” said Richard in the video as his wife snaps pictures of the gator. “Holy friken… unbelievable,” was all Richard could say as the disinterested gator crosses the trail and goes back into the water.

According to Richard, park staff told him the gator is famously known as “Humpback.”

The Faulkners are not unfamiliar to wild animals and nature as “passionate, outdoor people” and with being the owners of an adventure company based in Canada. They say, however, this is a memory they won’t soon forget.