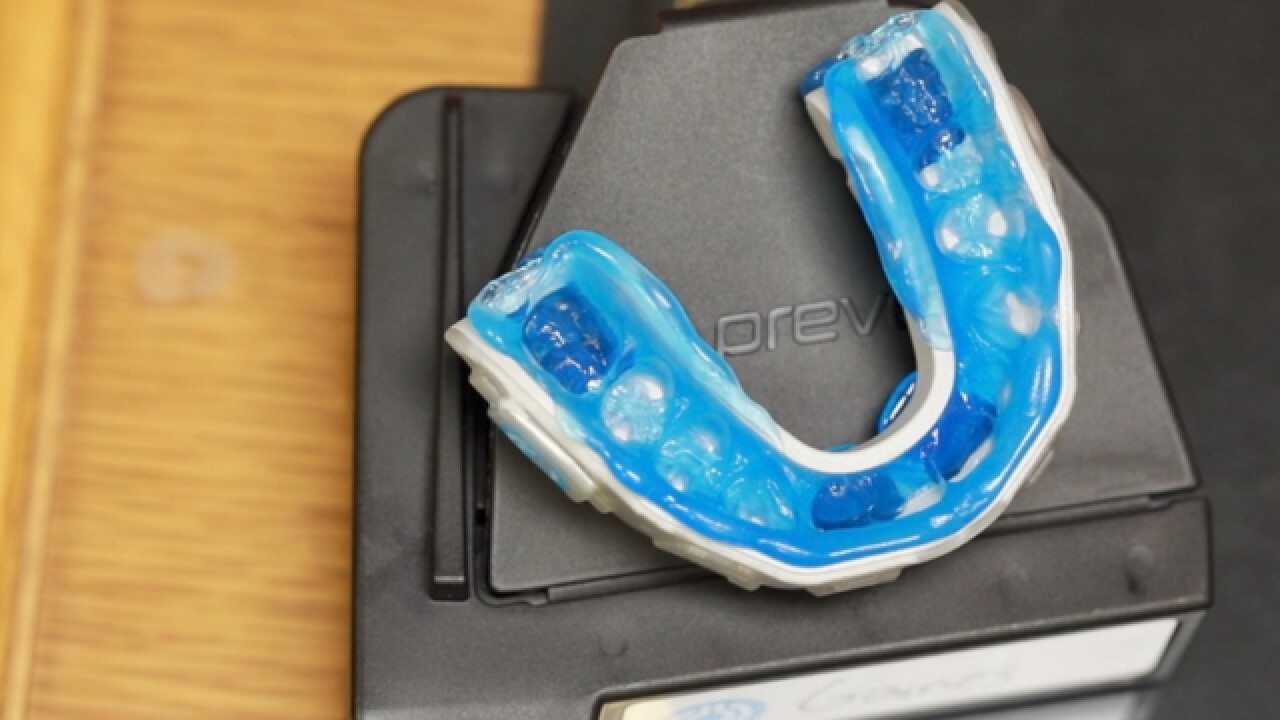 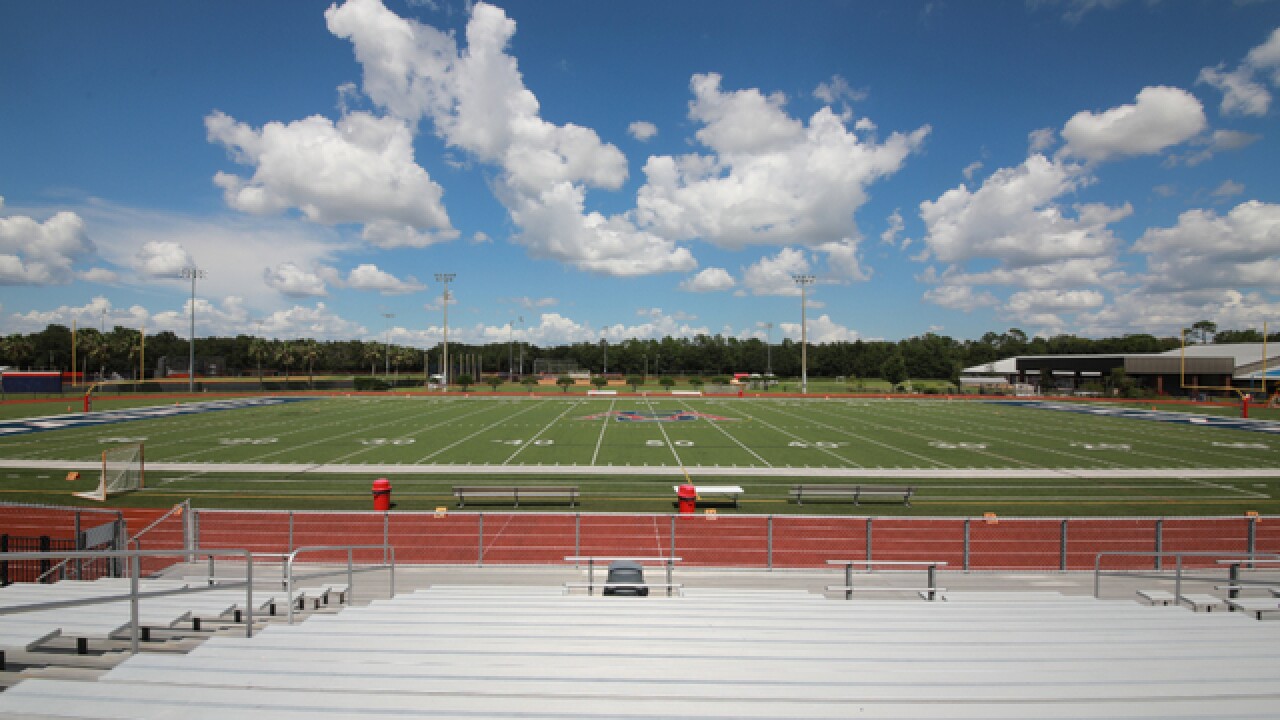 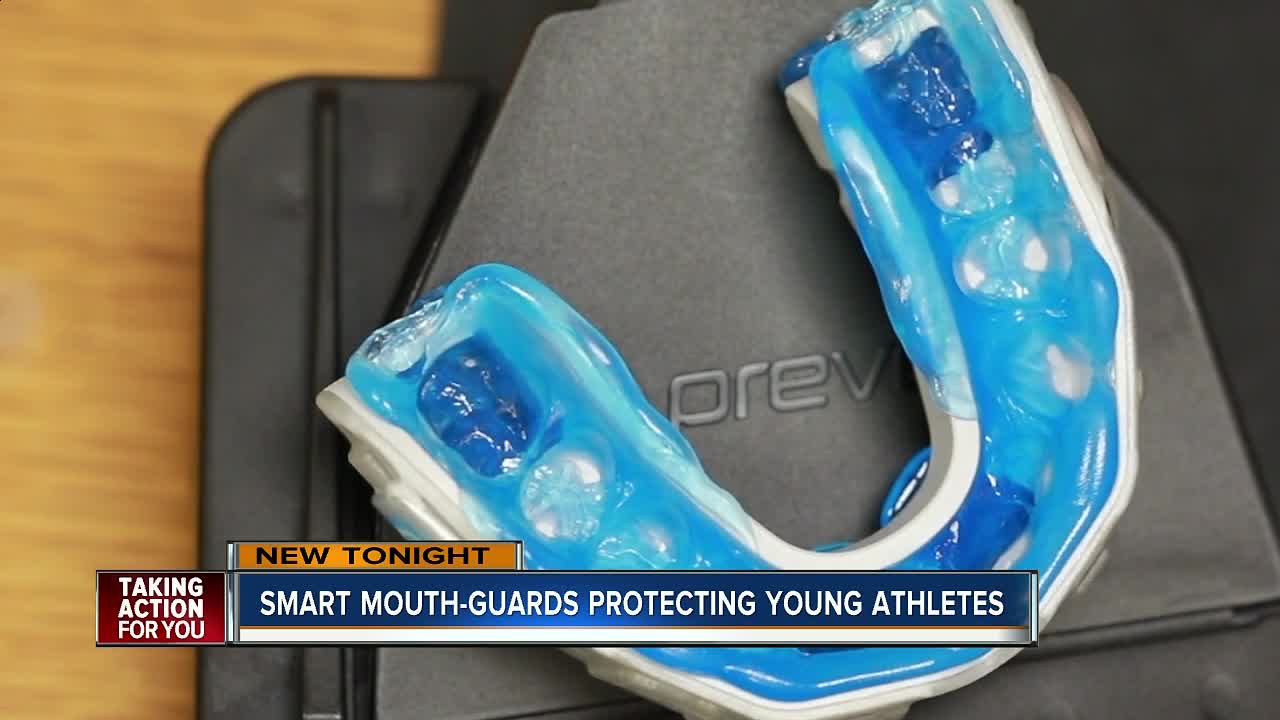 WINTER HAVEN, Fla. — 3.8 million athletes that suffer concussions each year, and according to the CDC half of all concussions are not even detected.

But a Polk County School is helping test new technology that could prevent future brain injuries from ever happening.

“Light sensitivity, your head is kind of aching,” Luck Greenman, now a junior at All Saints Academy is describing his first blow to the head at just 11 years old.

“It was on a kick off return, and I was going to block, and this kid just came and blindsided me,” Greenman now plays a quarterback for the Saints Football team and is part of a nation-wide beta testing program for Prevent Biometrics.

The school was approached last spring training season to test out the smart mouth guards. 30 players on the team have now been wearing them, and while they feel different than standard mouth guards, according to the athletes, the players say they’re learning more about their form than ever before.

“It will tell the amount of force that he had and where that force came from,” Coach Stuart Weiss said, he was happy to help Prevent Biometrics out with beta testing. Weiss knows just how severe concussions can be for not only his players but athletes of all sports across the world.

All Saints Academy is now one of just four schools in Florida testing the mouth guards out. Other schools include Lake Mary Preparatory School, Bradenton Christian School and Saint Stephens Episcopal School in Bradenton.

ABC Action News asked how many schools across the nation are testing the mouth guards and we learned 50 colleges and high schools were participating as well as university researchers across the country.

So, how can coaches and players possibly learn from a mouth guard? The information is tracked and logged in real time as players are out on the field.

“The technology, all of the data, will actually be uploaded and will be synced with the game film,” Weiss said.

When you take a look at the data available, which is linked via Bluetooth to any smart device, it shows the user where the blow comes from and how hard it was. This way, even if a coach didn’t see the rough move they can get players checked out immediately.

“They might just want to stay in the game, but if they get hit again it could really damage them for a longer period of time,” Greenman says student-athletes often try to play an injury off not realizing the trauma it could cause down the road.

The team also agrees that the mouth guards point out possible problems with players’ form.

“What we have found in most of the time is that bad technique or form cause big hits,” Coach Weiss says they’ve been able to use the data to correct athletes stances and techniques to prevent a massive impact from happening again.

For players, they feel safer playing the game without worry.

Prevent Biometrics is selling the mouth guards for about $99 per piece.

But if you’re not willing to pay the cash, the CDC has developed an app to help parents check for symptoms of a concussion.

Heads Up is the CDC’s national movement and the name of the app, to spread awareness of traumatic brain injury in sports.