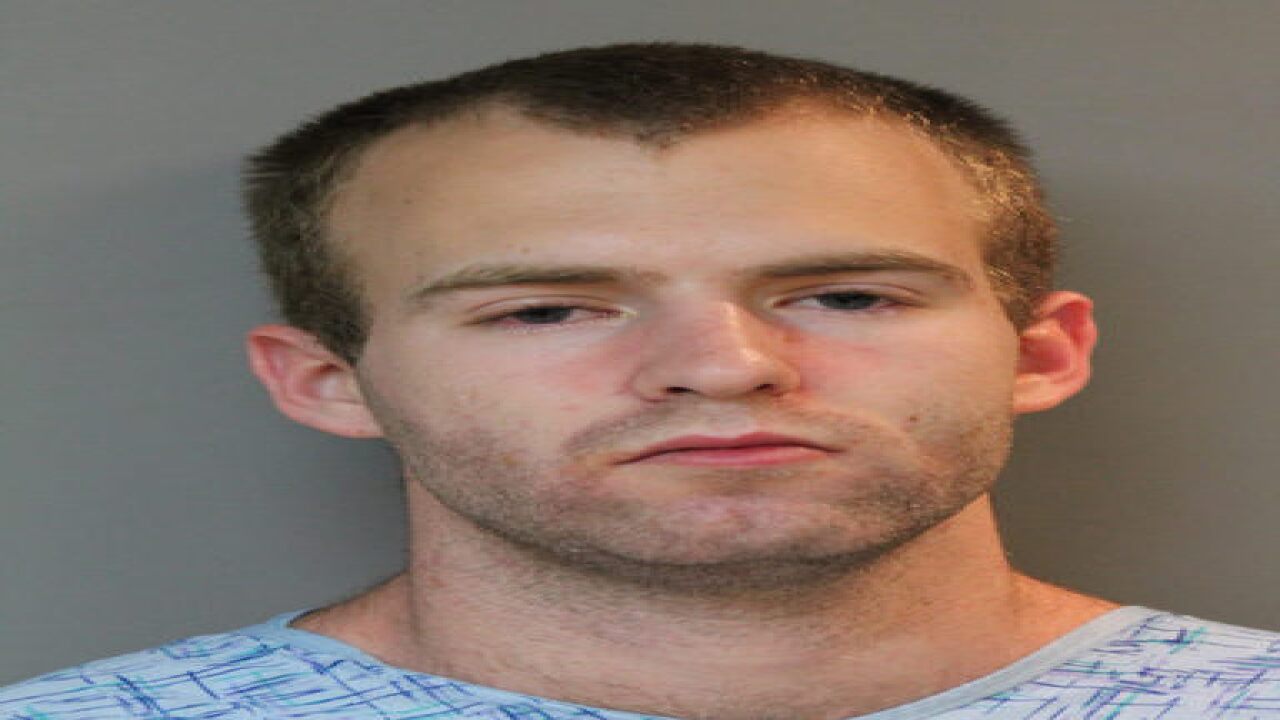 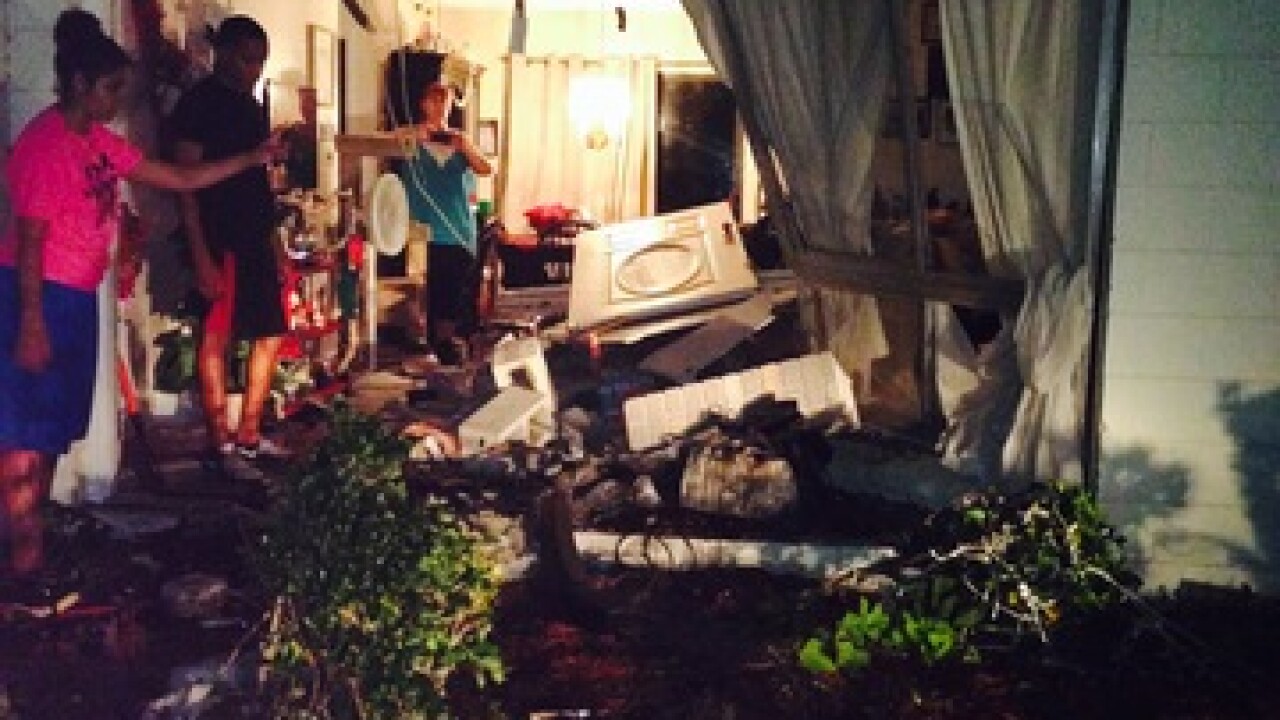 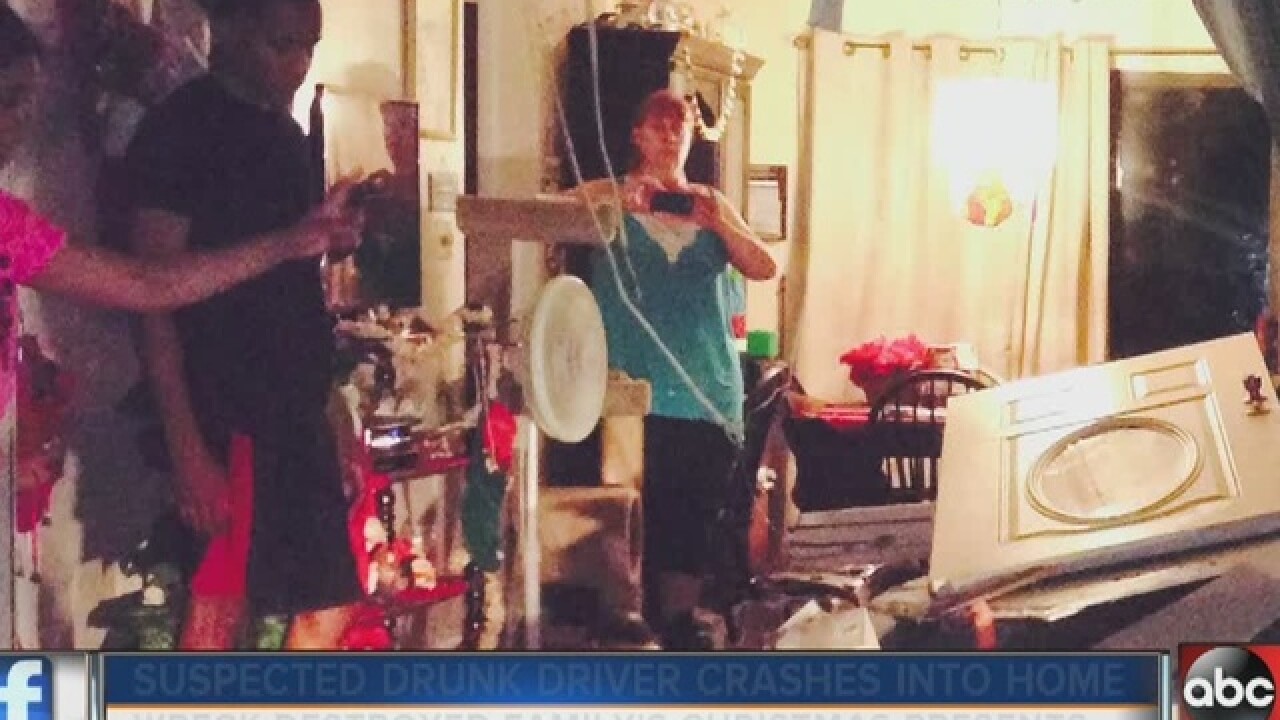 A suspected drunk driver crashed into a Mulberry home, not only causing thousands of dollars worth of damage, but destroying the family's Christmas tree and all their newly wrapped presents.

Dylan Osterhoudt, 23, of 2836 Black Water Oaks Drive in Mulberry, is charged with DUI, DUI damage to property and driving without a valid license.

There were four people inside the Misty Lake Drive home at the time the accident occurred around 2 a.m. last Thursday.

"I saw the front door fly off and hit the couch," said Linda Williams.

Williams was asleep in the bedroom next to the living room when she heard some rumbling outside and her dogs barking.  She jumped out of bed and went into the living room just as a 2003 Nissan Pathfinder plowed through her front picture window and door.  The driver ran down the family's Christmas tree and rammed into their couch.

"I know that when we walked out here it was an absolute nightmare," said Rebecca Dyer, Williams' daughter.

The family says they saw Osterhoudt passed out behind the wheel.

"The horn was going and the car was going because he was passed out on the horn," Dyer recalled

"His foot was revving on the engine still and the engine did not quit until somebody turned it off," Williams added.

The family called police and the began noticing a chemical smell.  That's because the car was leaking oil, anti freeze and gasoline.

All of those chemicals saturated their carpeting and Christmas gifts.

"We had just wrapped the last present, got it all under the tree and they all got full of all those wonderful chemicals," Williams said.

Williams, who is a teacher, told ABC Action News the family cannot afford to replace the gifts.

Right now, with the extensive damage that needs repairing and the deductible they have to pay, replacing gifts just is not possible.

The family is very religious and believe the best gift this season is being alive.  They added they also forgive the suspect.

"We know that sometimes people just lose their way.  This person lost their way all the way into our living room and we forgive this person," Dyer said.

The family has set up a GoFundMe page.  Click here to donate.