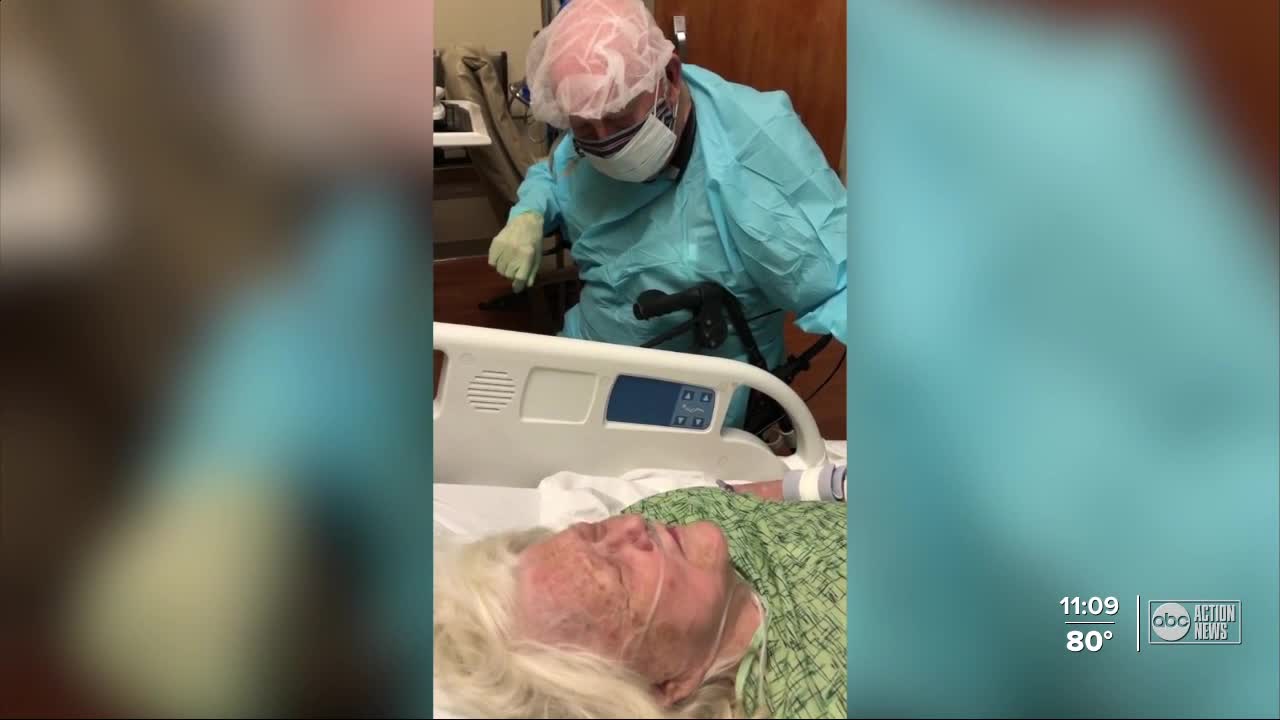 A 90-year-old Lakeland man dressed in full protective gear so he could say his final goodbyes to his wife of nearly 30 years. 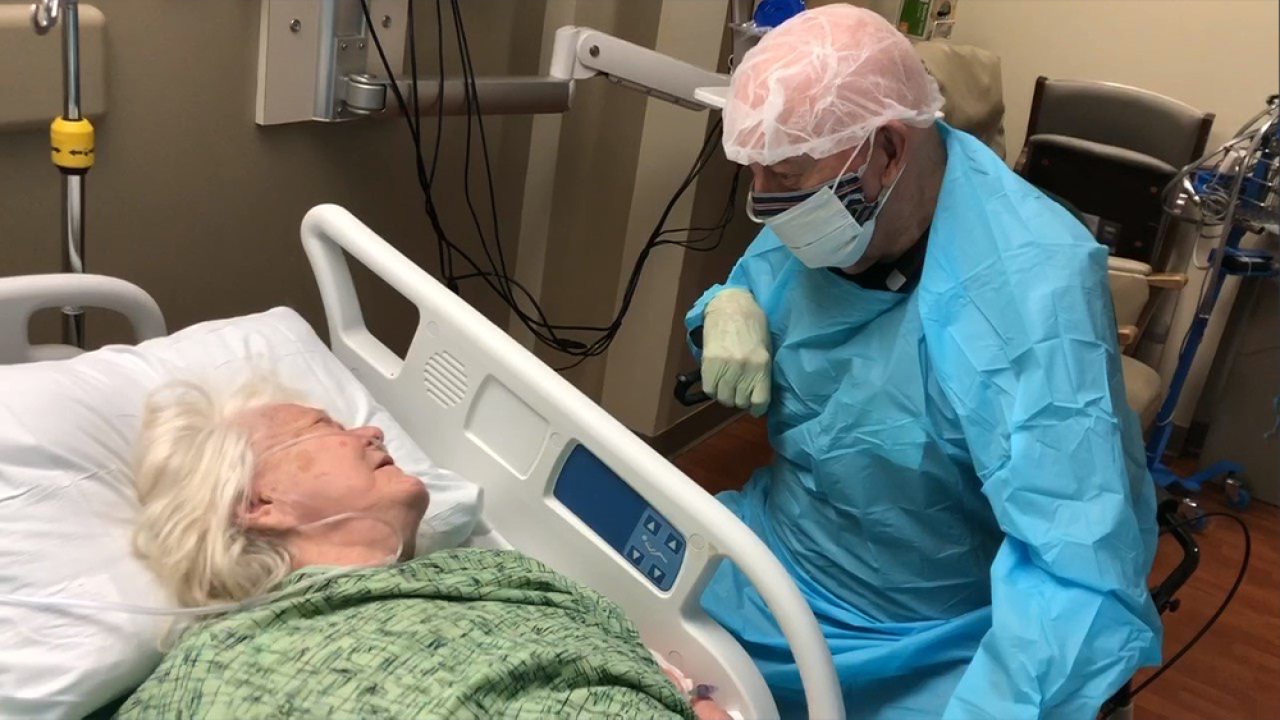 LAKELAND, Fla. — A 90-year-old Lakeland man dressed in full protective gear so he could say his final goodbyes to his wife of nearly 30 years.

Sam Reck had been separated from his wife JoAnn Reck during the pandemic after the state placed a ban on visitors at nursing homes.

He was reunited with his wife at a hospital in Lakeland shortly before she died of COVID-19.

"Here's this 90-year-old man, he did risk his life to go see my mom, but that was his choice, that's his freedom to do that. He knew what he was risking," said Scott Hooper.

Scott Hooper also dressed in personal protective gear so he could say goodbye to his 86-year-old mother. His family recorded the moments his stepdad said goodbye to their mom.

"It was my wife who recorded the video and I remember everyone in the room was crying. I remember looking at my wife, she was crying so hard, she could barely hold the camera. It was a very emotional moment," said Hooper.

Hooper said his mother lived in a skilled nursing area. His stepdad lived in a nearby apartment. The couple was known as "Romeo and Juliet."

The two would schedule distant visits during the pandemic after the state stopped visitors from coming into nursing homes.

Sam would sit outside his second-floor apartment balcony then JoAnn would talk to him from a garden below.

"COVID was hitting her so hard and so fast," he said.

Hooper said doctors said they could put his mother on a ventilator, but it would be a very painful procedure and her quality of life could be worse than before.

JoAnn was diagnosed with dementia about a year ago.

"Anyone who has dealt with it knows what I am talking about because they don't always remember you or know the situation they're in or they think something weird is happening and you try to tell them it's not," said Hooper.

"It was the hardest decision, we ever made. We talked about it for a long time, but we decided to go to palliative care."

JoAnn raised three children, including a daughter who died before her. She leaves behind grandchildren and great-grandchildren.