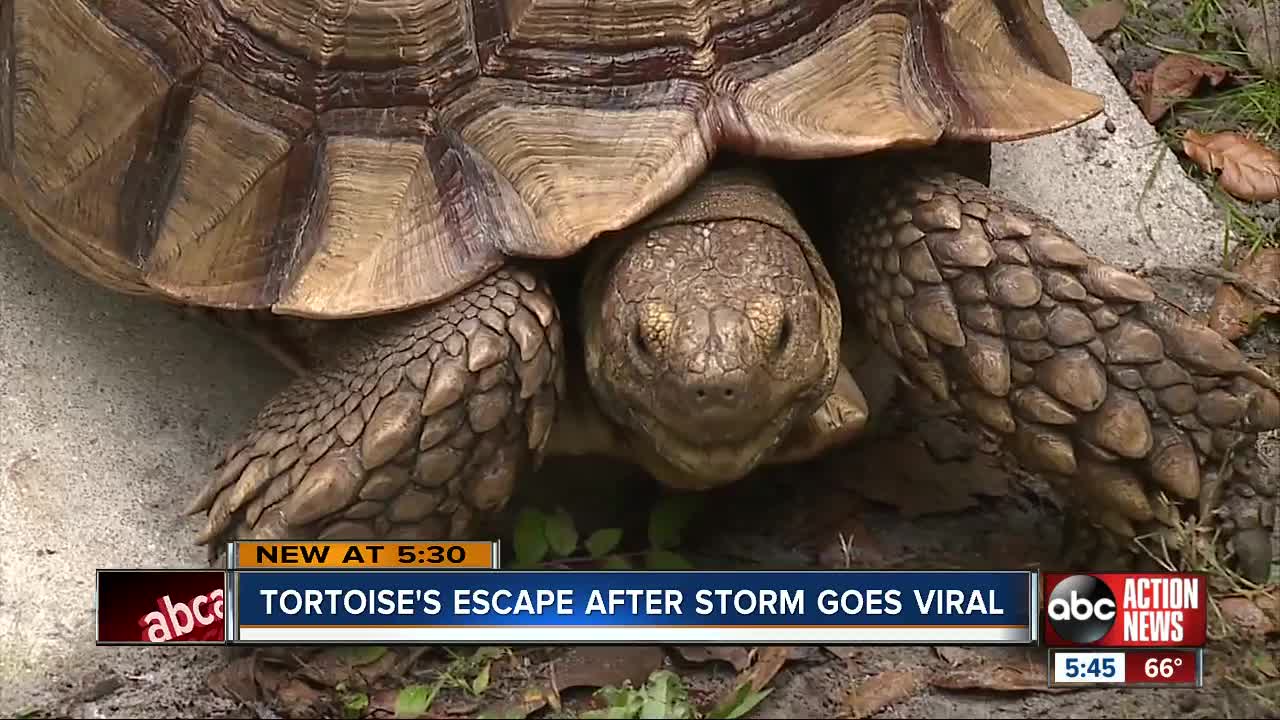 A runaway tortoise that was missing for a week was found safe and sound after help from an Alabama woman. 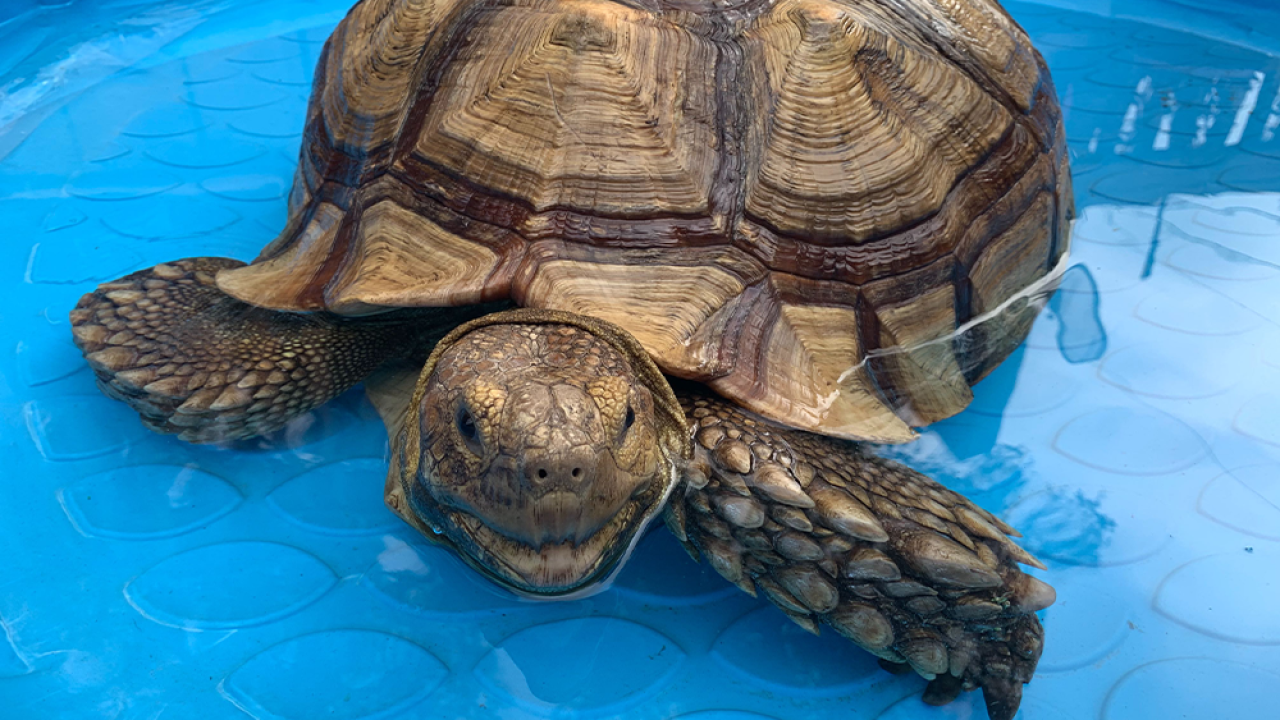 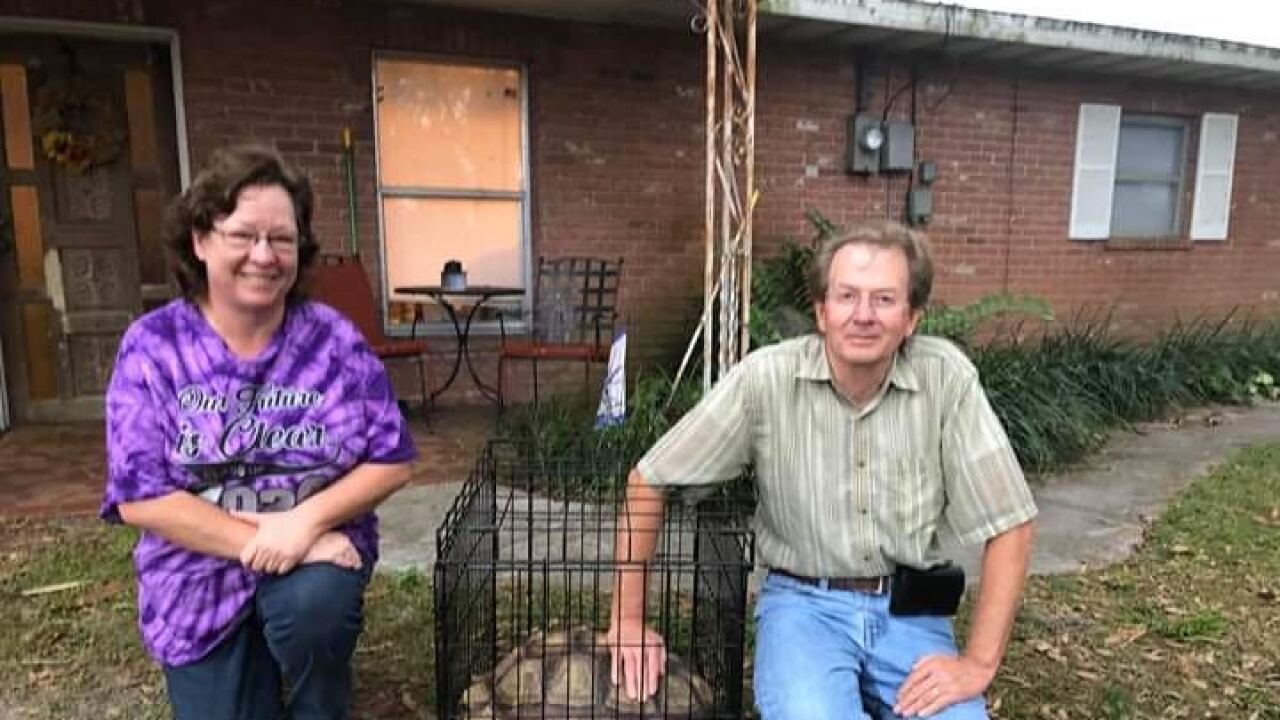 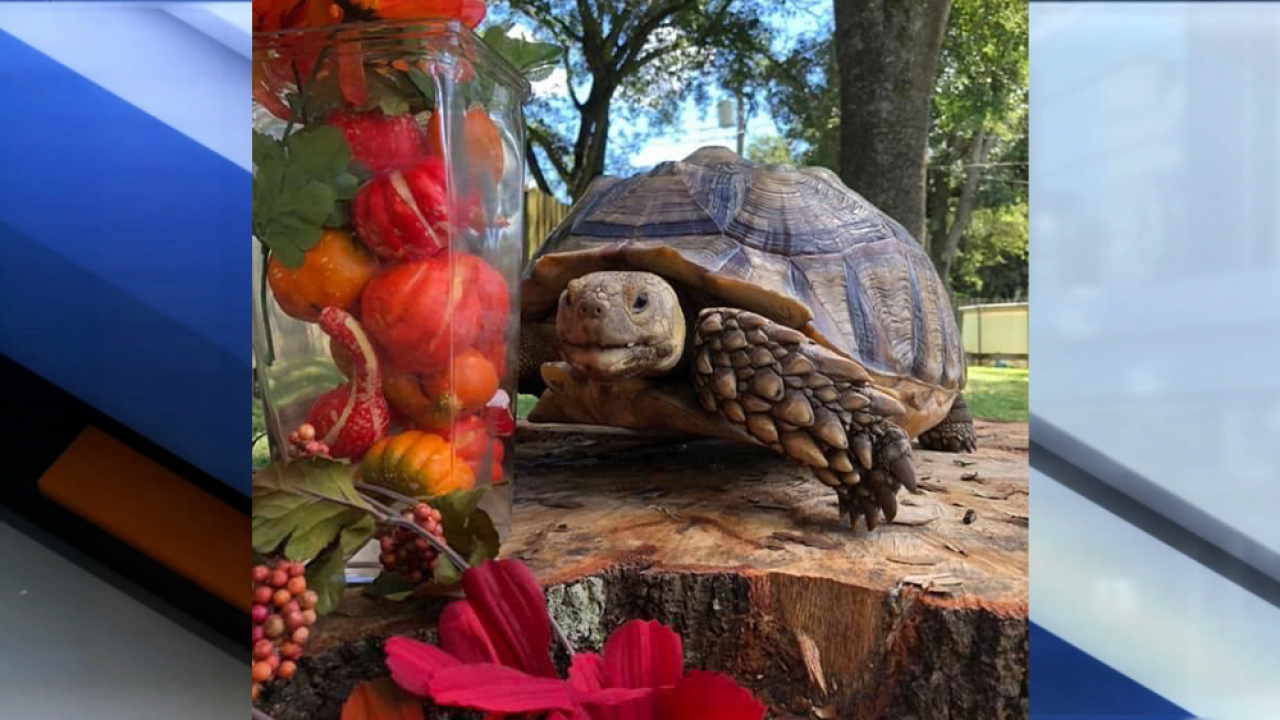 LAKELAND, Fla. --- A runaway tortoise that was missing for a week was found safe and sound after help from an Alabama woman.

Tucker the tortoise is a very large and unmistakable pet which belongs to a Lakeland woman. She is now thankful to have her "baby boy" home.

Lucia McLaughlin has owned Tucker since 2014. The African Tortoise was only 6-ounces at the time and he was purchased for her son. Tucker was to be a present from Santa Claus.

Since then, Tucker has become a part of the family and Lucia’s pride and joy. Now, he has grown to a whopping 60 pounds.

Tucker was slow to come out of his heated home, which sits in McLaughlin’s backyard.

“He does everything in his own time,” she said.

However, after October's EF-2 tornado, Tucker was anything but slow.

The storm had damaged a small piece of the backyard fencing and Tucker was somehow able to squeeze out of small hole at the bottom of the wooden barrier.

“He found a crack in the fence and he pushed through it,” McLaughlin says.

She said she failed him by not noticing the damage earlier.

On Nov. 1, a search commenced on foot and online. Lucia went door-to-door searching for Tucker and also posting fliers online asking the community for help.

It turns out Tucker was found more than a mile away on Sand Drive where damage from the tornado was immense.

In a post on Facebook, the woman who found Tucker explained how he was discovered and how he was returned back to Lucia.

Crystal Noell, originally from the Kathleen area in Lakeland, now lives in Alabama. She is a veterinarian technician and was able to spot that the "turtle" was actually a tortoise and was able to find Lucia on Facebook.

Noell tells ABC Action News she was able to use her knowledge from working with other exotic animals, plus she has a pet turtle herself. So, she was not surprised that the tortoise was able to wander more than a mile away and into her parent’s front yard.

“They are fast, they are faster than most people think. You hear the stories of the tortoise and the hare and all that. I have a turtle myself, so I can vouch for how quick they can be and how fast they can move,” Noell said.

Lucia says she is thankful Tucker was able to come back home because he has a very special diet like lettuce leaves and aloe, and is not able to swim like others may think.

Tucker was returned home unharmed, only a bit dry from not getting any water.

“I feel whole again, I feel like I have all of my family under one roof,” McLaughlin said.

Lucia tells ABC Action News Tucker, now 60 pounds and about 5-year-old, will live to be about 100-years-old and could grow as large at 180 pounds.