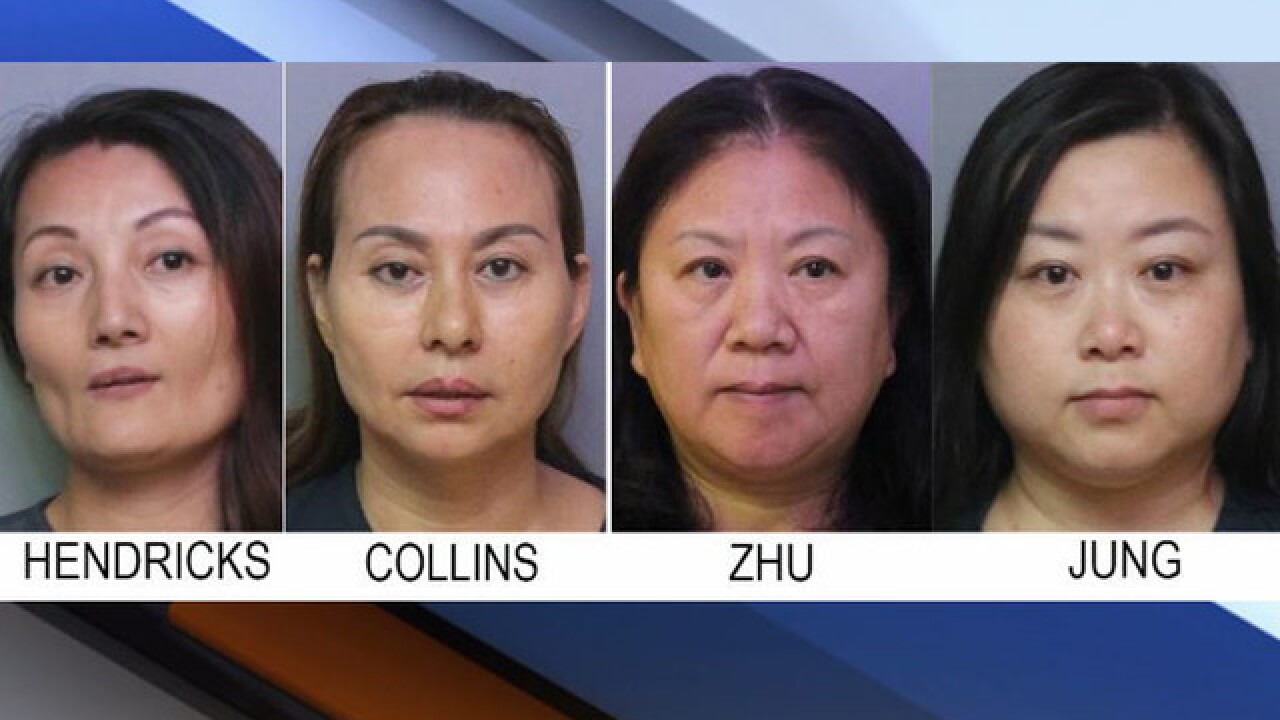 The focus of the operation was to identify possible human trafficking victims, however at this time deputies say there is no evidence that the four people arrested are victims of trafficking.

During a check at the Wellness Spa at 110 Polo Park Blvd. East in Davenport, 36-year-old Xiaoping Yuan Jung and 51-year-old Yuling Zhang Collins were both arrested and charged with Battery and Committing Lewd Acts.

During a check at Asian Massage at 9734 Hwy 192, Davenport, 53-year-old Yong Zhi Zhu and 41-year-old Yuxia Hendricks were both arrested and charged with Committing Lewd Acts. Hendricks was also charged with Conducting Unlicensed Massage Therapy (M-1).

"Illicit massage businesses take in billions of dollars each year in the United States, and the people working in them are often modern-day slaves, smuggled into the country with the promise of a better life, but that's not what they get," Sheriff Judd said. "We're committed to keeping human trafficking out of Polk County, and we'll continue watching these types of businesses closely."