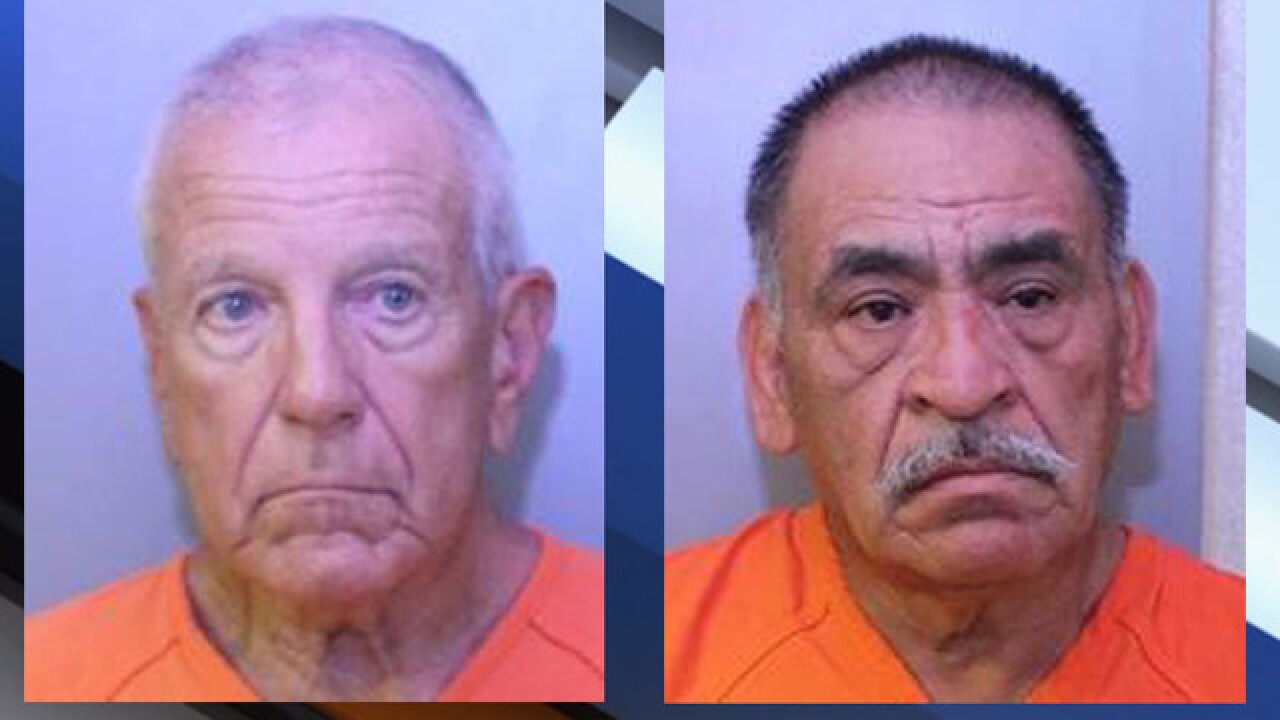 POLK COUNTY, Fla. — Two men were arrested for lewd acts at a Polk County park Tuesday during an undercover operation.

It happened at Saddle Creek Park and Gator Creek Reserve Park in Lakeland.

75-year-old Gregory Merrill was arrested when he solicited an undercover detective to perform a sex act. He reportedly told detectives he went to the park to meet a stranger for sex.

Merrill is charged with two counts of soliciting another for a lewd act and was issued a trespass from all county parks.

59-year-old Jose Javier Martinez was also arrested at Saddle Creek Park after deputies say he exposed himself and solicited an undercover detective for sex in the restroom. He also reportedly grabbed the detectives arm against his will.

The man said he was arrested there in 2014 for the same offense.

He was charged with two counts of soliciting another for a lewd act (2nd offense), battery, resisting arrest and trespass.

"We will continue to conduct operations such as this one to get the message across to everyone that we will not tolerate this type of criminal activity at our parks," Sheriff Grady Judd said.