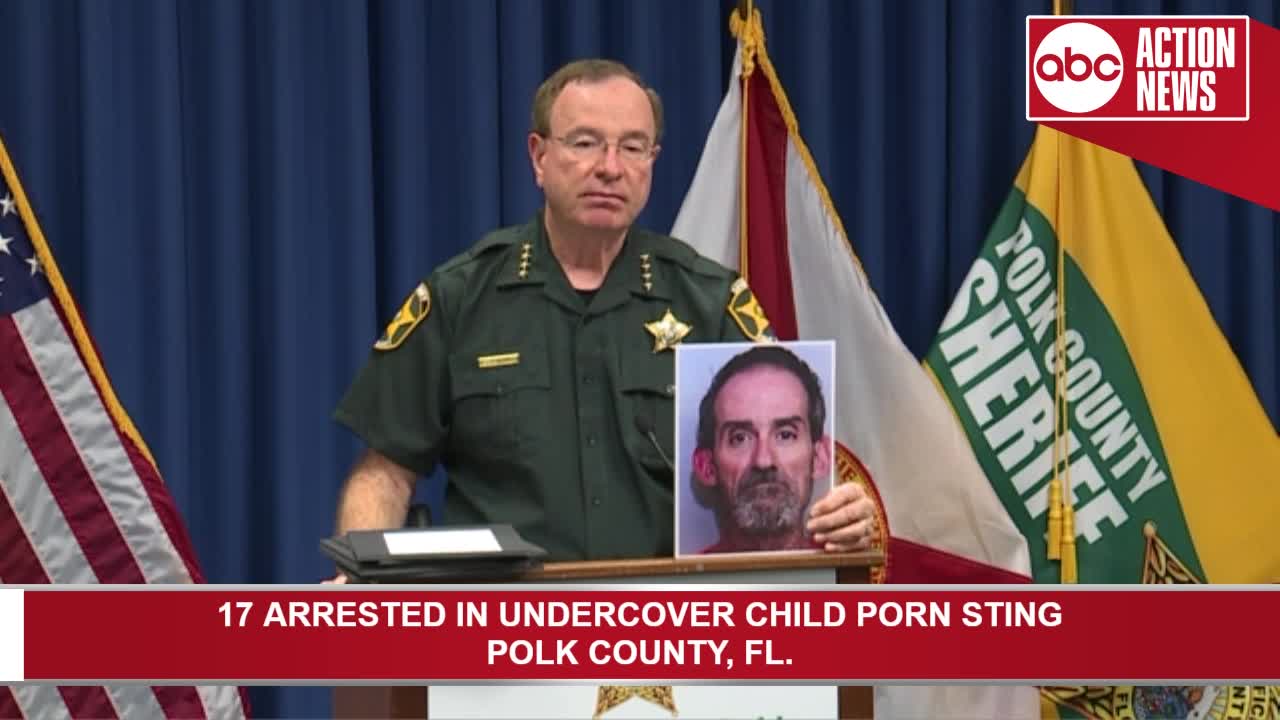 Authorities say the men arrested either contacted children or were soliciting sexually explicit photos of children.

"The people arrested during this operation prey on the most innocent and vulnerable among us---our children," Sheriff Grady Judd said. "The undercover detectives who investigate these crimes have to see things that nobody should have to see, and no child should have to experience. Each one of these arrests has removed a predator from our streets, and the internet."

The sheriff's office will be holding a press conference on Friday, Nov. 8 at 10 a.m. to provide more information on the arrests.

Authorities say they will also speak about another special operation, dubbed "Operation Trick-Or-Treat/ Sex Offenders Failure to Register," which took place in October.

The sheriff's office says 14 men who were previously convicted of preying on children were arrested during this operation.

Deputies with the Special Victims Response Team (SVRT) carried out the investigation, which was aimed at making sure convicted sex offender and sexual predators were properly registered ahead of Halloween.

"Our detectives work hard year-round to keep track of convicted sexual offenders and predators who reside here. We also monitor whether or not they remain compliant with the law," Sheriff Judd said. "We know our citizens are concerned about predators and offenders being around children during events such as Halloween, so every year we conduct initiatives like this one. These suspects learned the hard way that we take every one of the requirements seriously, and failure to comply will result in an arrest."