A wrong-way driver was killed in a multi-vehicle crash on the Howard Frankland Bridge Friday morning.

PINELLAS COUNTY, Fla. — A wrong-way driver was killed in a multi-vehicle crash on the Howard Frankland Bridge Friday morning.

The Florida Highway Patrol says shortly before 6 a.m. 46-year-old Renard McGriff was intoxicated and traveling southbound in the northbound lanes across the Howard Frankland Bridge from Tampa in a 2010 Chrysler 4-door when he crashed head-on with a 2016 Ford van.

The van was being driven by 44-year-old Mark Reale from St. Petersburg. Authorities say Reale is in critical condition at Tampa General Hosptial.

After the head-on collision, the van struck the side a 2018 GMC SUV being driven by Ozgur Akan, 40 of Georgia. Akan was not injured, according to authorities. 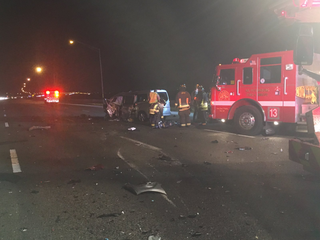 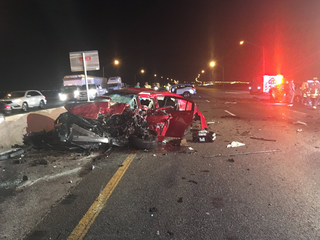 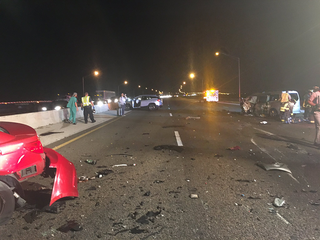 The northbound lanes of the Howard Frankland Bridge near 4th street were shut down until 9:08 Friday morning due to the fatal crash.