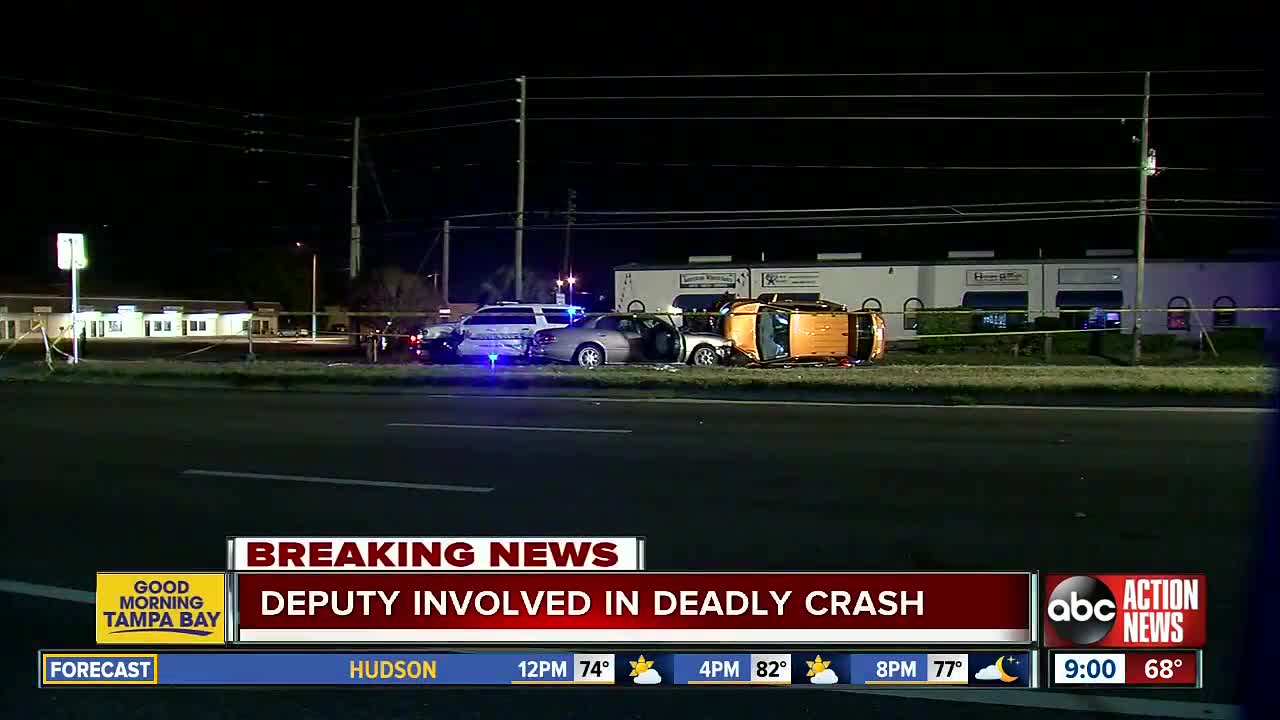 A woman has died and an off-duty deputy is recovering after being involved in a wrong-way early Thursday morning. 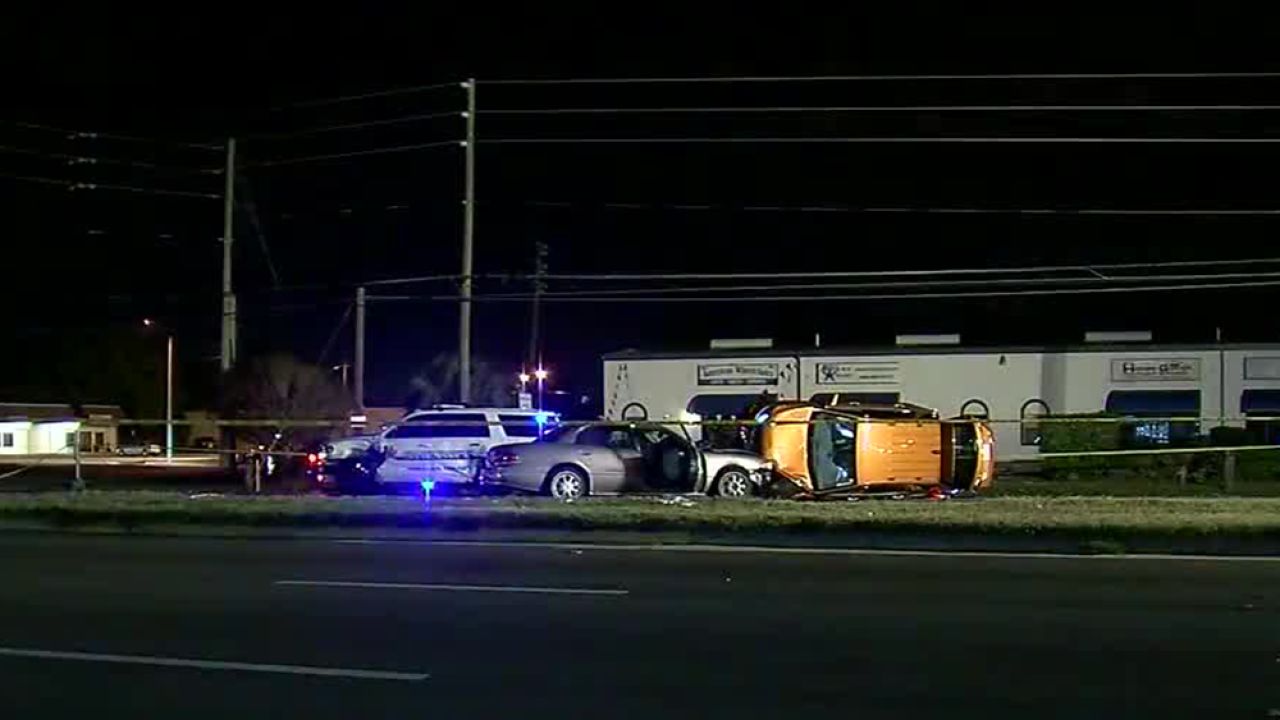 PINELLAS PARK, Fla. — A woman has died and an off-duty deputy is recovering after being involved in a wrong-way crash early Thursday morning.

The wrong-way crash happened shortly after 3 a.m. at the intersection of 126th Avenue North and 66th Street North in unincorporated Pinellas Park.

According to the Pinellas County Sheriff's Office, Deputy Jonathan Fergus, who had just finished his shift with the department, was stopped at a red light on 66th Street North in a marked PCSO 2016 Chevrolet Tahoe when an SUV next to him was hit head-on.

Deputies said Brittney Hunter, 28, was driving her 2002 Buick LaSabre southbound in the northbound lanes of 66th Street North when she crossed the intersection and hit the 74-year-old man's 2018 Chevy Equinox head-on. The collision caused the man's SUV to be pushed into Deputy Ferguson's vehicle and then roll onto its side.

Hunter was transported to a local hospital for life-threatening injuries, where she was later pronounced dead.

Deputy Ferguson and the 74-year-old man were also taken to the hospital for minor injuries. Both have since been released.

Deputies said impairment does appear to be a factor in the crash, but are still investigating.