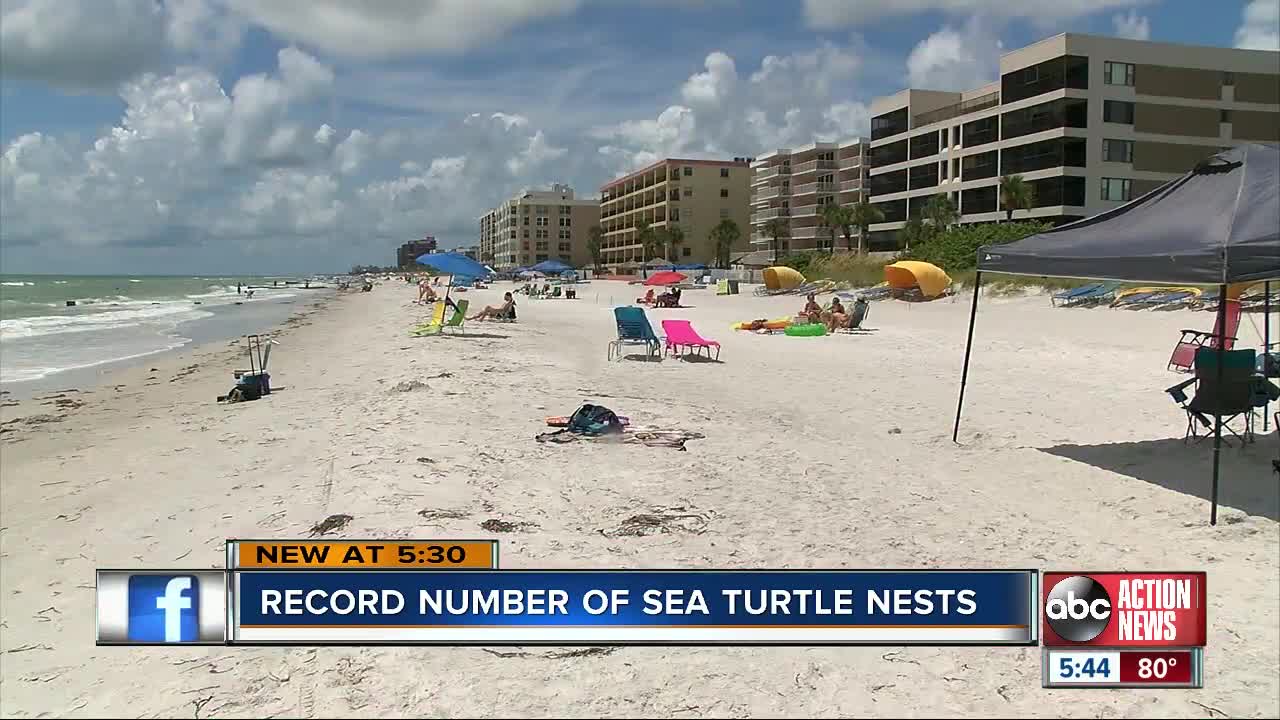 Amazing, that is the word rescuers are saying of the volume of sea turtle nests in the Tampa Bay beaches. 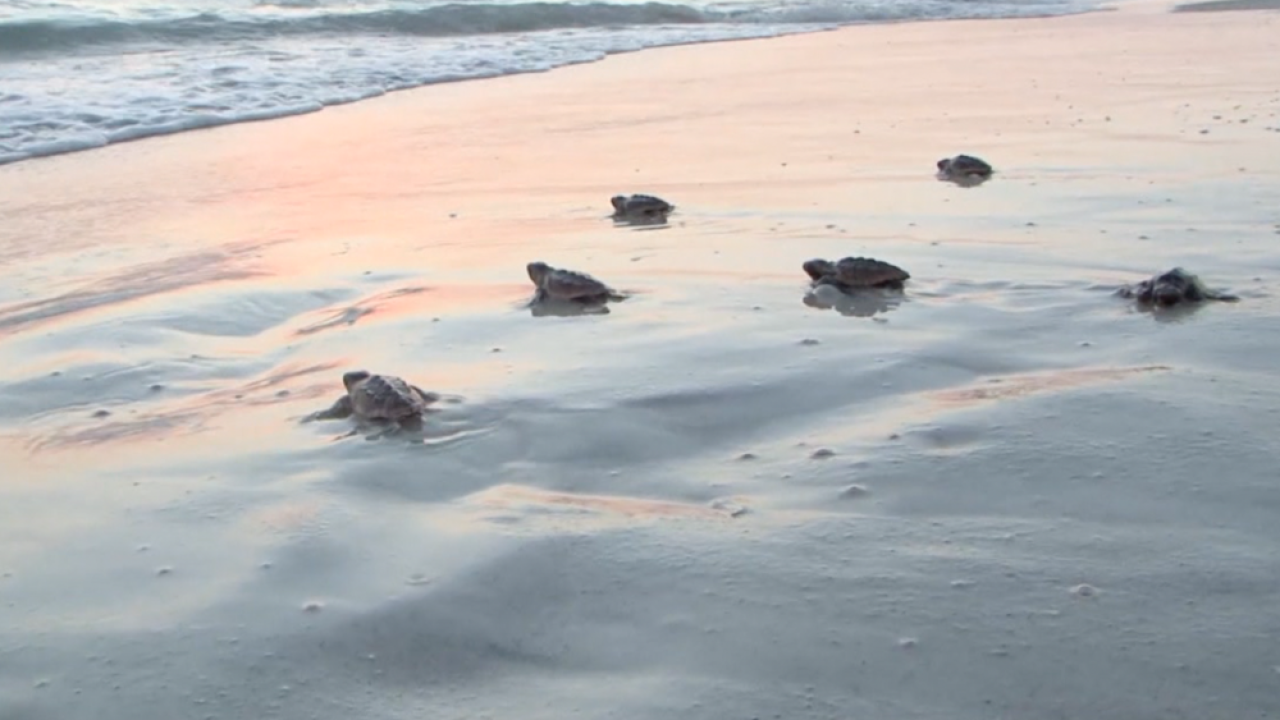 Sarasota and Manatee counties are seeing the highest number of sea turtle nests in 38 years. Mote Marine is tracking 5,063 nests along a 35-mile stretch of beach between Longboat Key and Venice.

That includes 4,888 loggerhead nests, 170 green turtle nests, and five others.

In Pinellas County, which doesn't tally up their nests until the end of the season, FWC says numbers are looking good and may end up being higher than usual too.

Partial numbers show at least 240 nests in Clearwater and North Pinellas, according to Clearwater Marine Aquarium, and another 130 in St. Pete Beach.

With more nests, wildlife experts are also seeing more of a need for rescues.

Tish Dallas' relaxing night on Madeira Beach on Monday took a thrilling turn when she spotted dozens of baby sea turtles flooding the patio at the Schooner Hotel headed towards busy Gulf Boulevard.

“I ran and opened the door and told my husband get out here there’s baby turtles everywhere!” she exclaimed, “I thought this is not right you’re supposed to be in the ocean!”

Dallas and other hotel guests put the babies into a laundry basket, and with the help of wildlife photographer and rescuer Doc Jon, they helped the babies get back to the ocean, including one which was stuck in a hole left behind from a beach umbrella.

“One of the biggest comments I got from people was, 'oh I never thought of an umbrella hole being so dangerous it’s so small',” explained Jon, who was involved in a similar baby turtle rescue in Madeira Beach in July as well.

The nests are keeping Turtle Tracker volunteers like Bruno Falkenstein busy. He has been volunteering by walking and checking in on nests for 41 years on St. Pete Beach and Shell Key.

“It is so stimulating. It’s like I can’t wait to get up tomorrow morning at 5:30 and check in on the turtles,” he said with a smile. “I can remember when I was delighted to have four or five nests a season.”

Experts aren't sure what's causing the baby boom but they think checking in on the nests and tighter regulations to protect turtles are helping. To help the babies thrive, they need your help too by dimming lights on the beach, filling holes and keeping the sand clear.

“Fill your holes, knock down your sand castles, take your garbage off the beach and leave it better than you found it. If you do, these turtles will have a better chance of survival,” Doc Jon explained.