WATCH: Deaf toddler hears her mom say 'I love you' for first time after getting cochlear implants 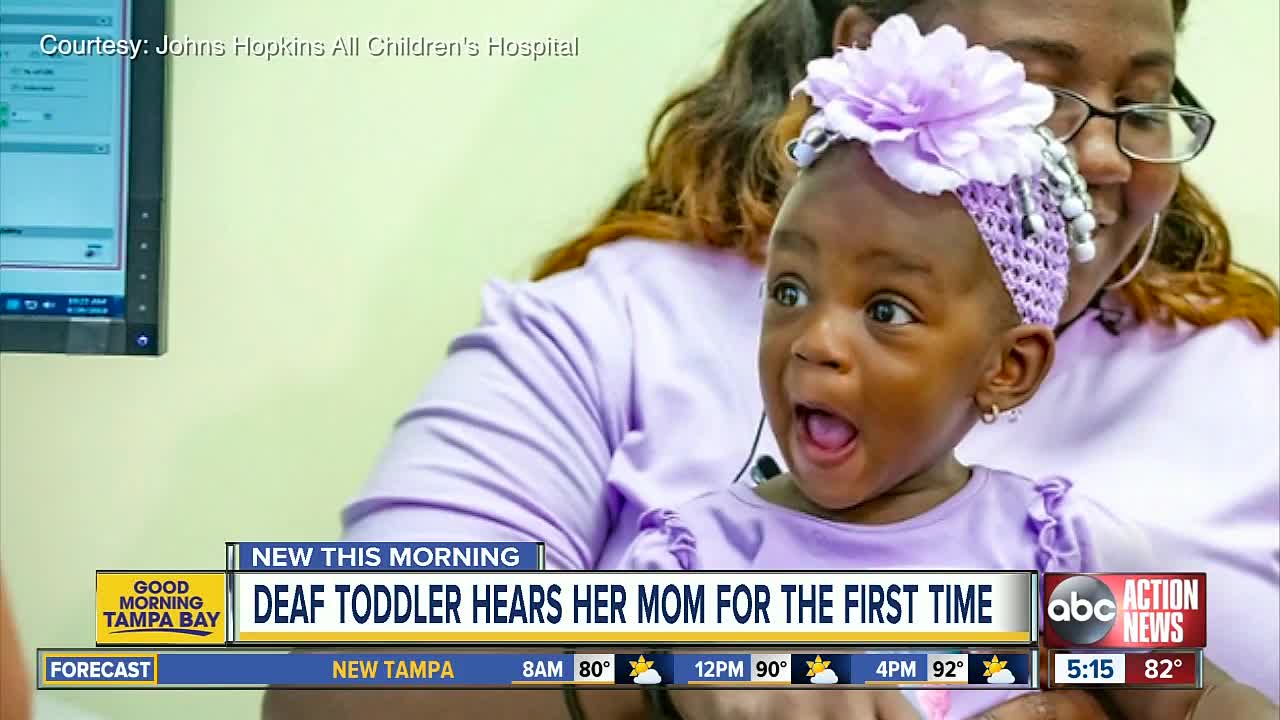 Toddler A’Deja Rivers got cochlear implants and was able to hear her mother say “I love you” for the first time. 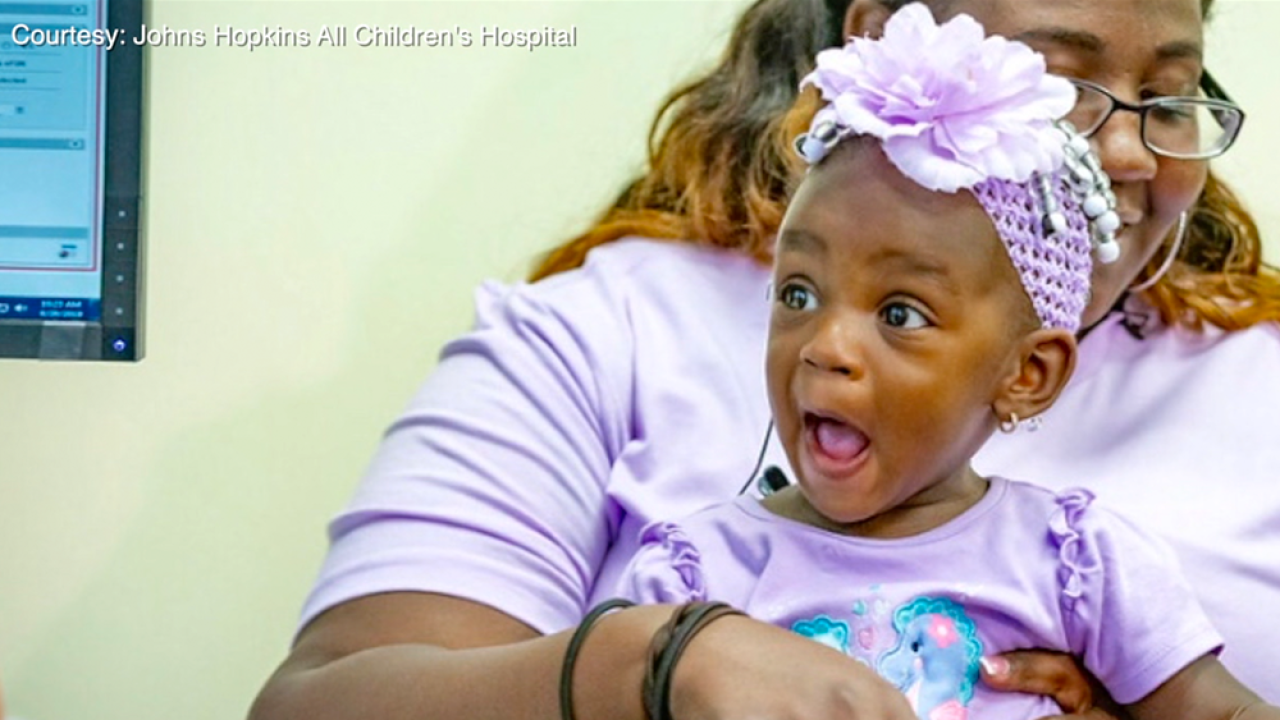 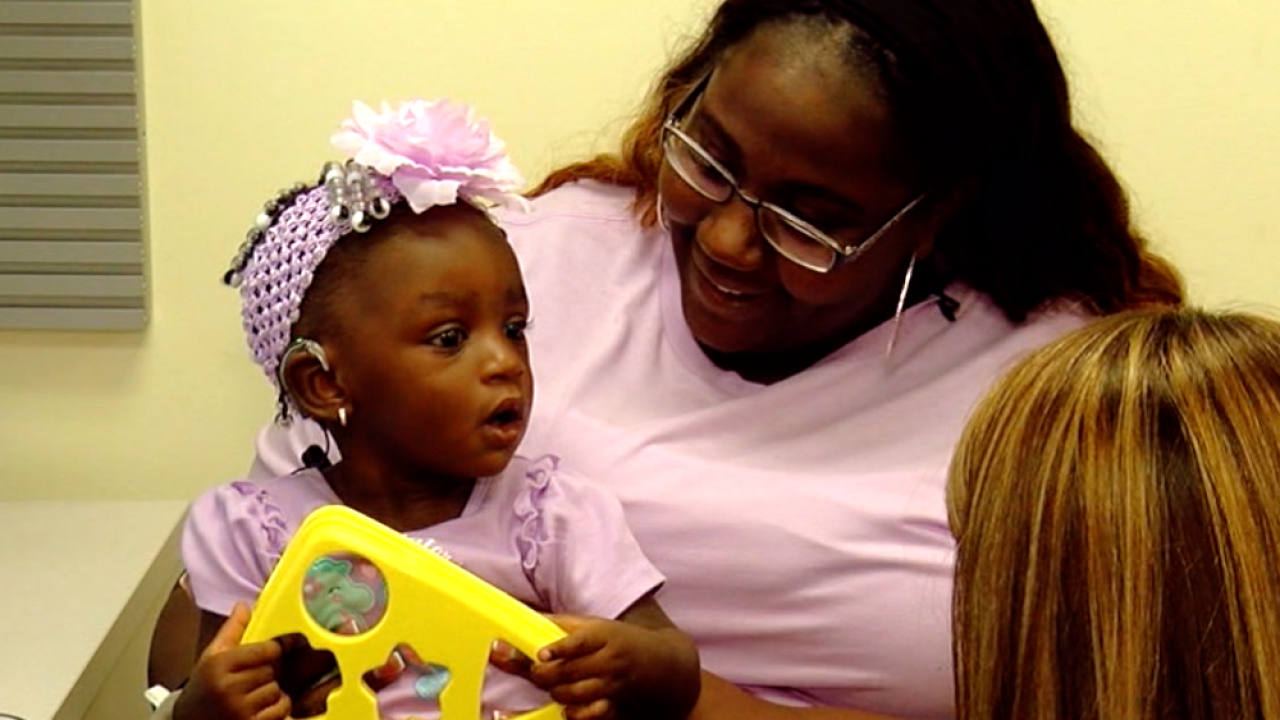 A’Deja's been deaf since birth. Her father and sister also have impaired hearing.

Older sister Jalen had success with cochlear implants and now A’Deja is trying them, too.

The big day came at Johns Hopkins All Children’s Hospital in St. Petersburg. The family traveled there from their home in Arcadia.

Following the implant procedure, A’Deja heard her family’s voices for the first time. The toddler's grandparents were also there.

Cochlear implant technology has accelerated over the years. Now the technology can even be linked via Bluetooth.

Kids have different reactions to hearing sound for the first time.

“When we first start out, we’re introducing very soft levels of electrical current,” said Shelly Ash. “It just sounds to her like 'beep, beep, beep.'”

For A’Deja, she was neither happy or scared. She was simply... amazed.

Her eyes widen and her jaw dropped.

She realized what it was: sound.

And she turned her head when her mother said those three magic words.