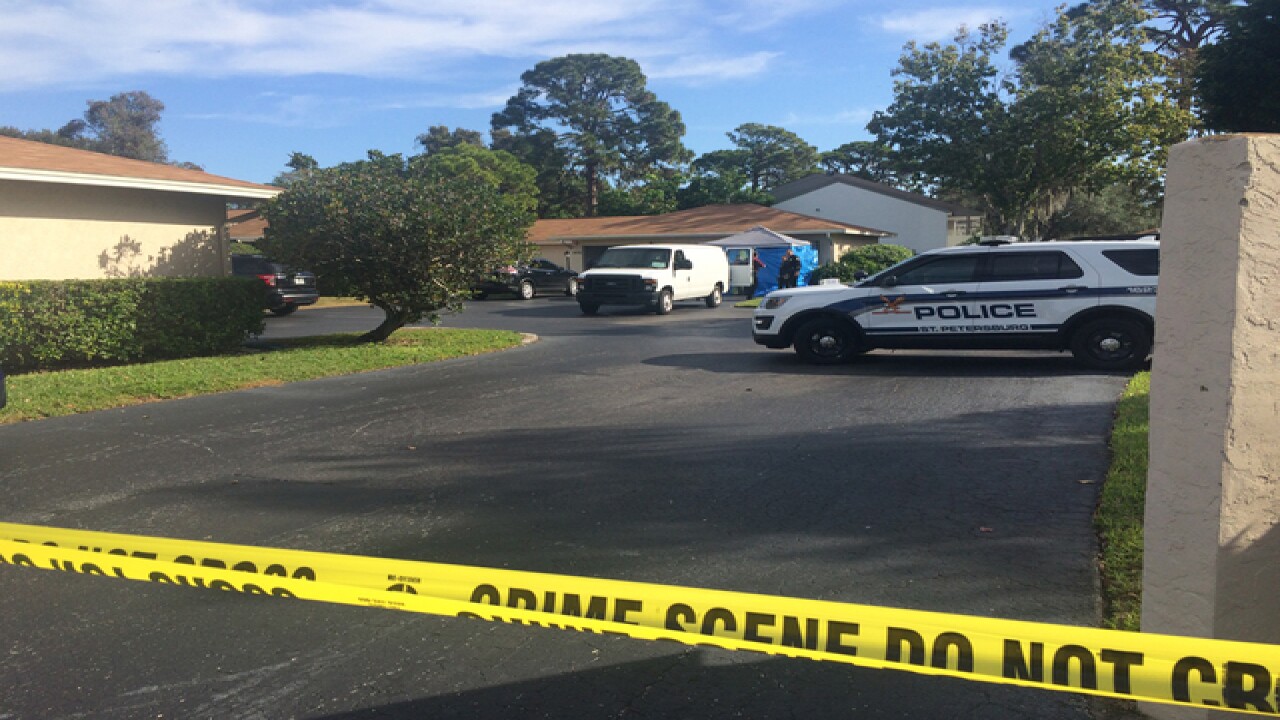 Two teens were found dead inside a garage in St. Petersburg and their friends honored them, Monday, by releasing balloons.
According to police, their deaths appear to be accidental.
Police said a 17-year-old Dorian Andres Gomez-Peohlmann and 14-year-old Emily Sabow were sitting inside a Mitsubishi SUV parked inside a garage at the Country Club Villas on Corrine Court South.
"I had like pretty good memories with both of them so it's going to be sad that I can't like have any new ones with those people," Angel Perez said.
Friends of Gomez-Peohlmann and Sabow gathered together Monday night to honor the East Bay High School Students. They lit candles in their memory.
"I think it's best that at the beginning everyone's together that's the best way for people to grieve. Everybody's gone through the same pain," Perez said.
According to police, the mother of the male victim found the two teens just after 8 a.m. Monday morning.
The teens were pronounced dead at the scene.
The mother said her son left to pick up his girlfriend at 3:00 p.m. on Sunday, but did not know they had returned.   She told police she called his phone several times and reported them missing at 11:00 p.m.

Authorities said, preliminary indications are that the two victims decided to sit in the SUV sometime last night, leaving the car running and at some point closed the garage door.

During that time they were overcome by the fumes and passed out.
"She (Sabow) was kinda quiet. But she was still a good person. everybody thought she was nice. She got along with most people," Perez said.
Police said it does not appear to be a case of suicide.  The final cause of death will be determined by the Medical Examiner's Office.
"Don't take anything for granted and you have family, you have friends and everyone's, close tell you're loved ones that you love them," Matthew Vivirito said.
Vivirito said Gomez-Peohlmann loved baseball.

"You couldn't really not know Dorian. You couldn't not like Dorian. He's just an all around good guy," Vivirito said.