Teens take advantage of coronavirus crisis and bring 'toe-tagging' back to St. Pete 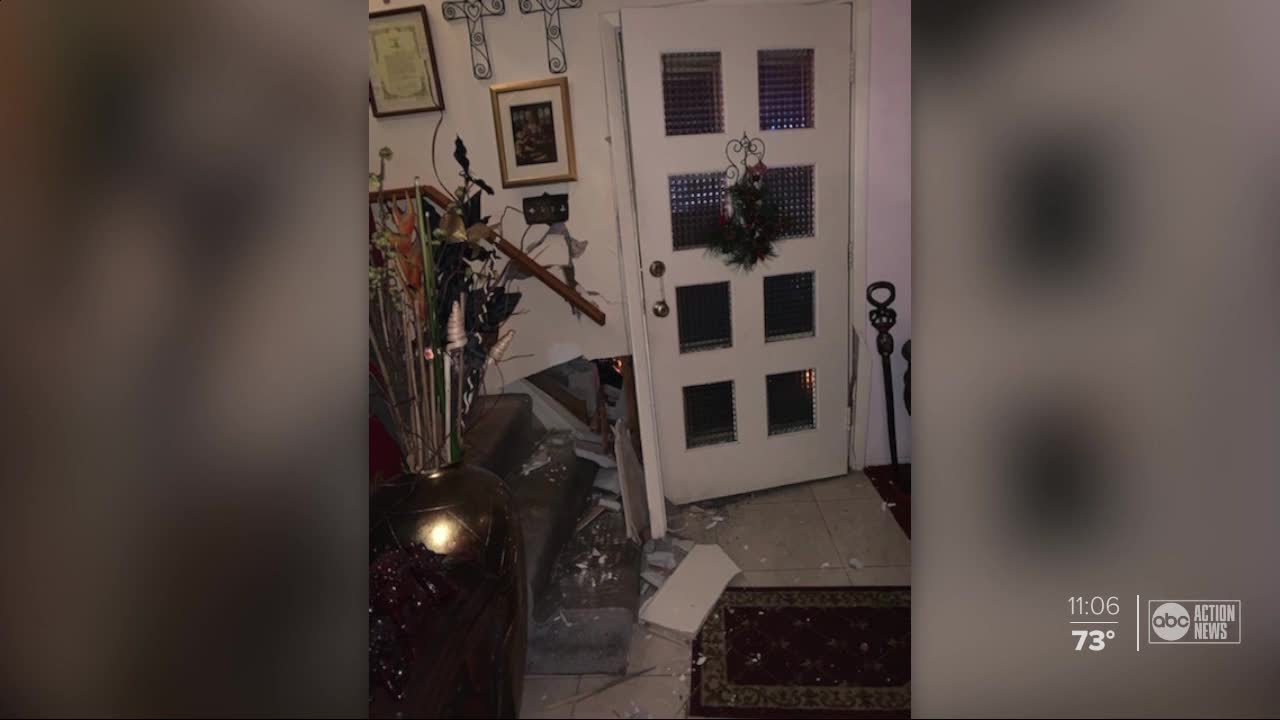 Teenagers are using their parents' cars to "toe tag" in St. Pete.

ST. PETERSBURG, Fla. -- Police in St. Petersburg say a dangerous and potentially deadly game called "toe-tagging" is back as some kids remain out of school because of the coronavirus pandemic.

On Sunday, police confirmed three instances of toe-tagging and three other likely cases.

"Kids are out of school, and they are bored," Yolanda Fernandez, the public information officer with the St. Petersburg Police Department said.

"We had someone hit a parked car another car did a hit-and-run on parked cars then we had one car that ran into a house," Fernandez said.

We talked to the owner of the home hit. Sonia Gerard said seven people were home following social distancing guidelines when they heard a boom just after 10 p.m. Sunday.

The front door and the window are boarded up following the impact.

"All the crisis taking place, why would the kids be on the outside making mischief like this when there is such a terrible bug out there?" Gerard said. "This is dangerous. We locked up the house... the kids are outside doing all of these unpleasant things. It needs to stop."

Toe-tagging is when kids find a park, open parking lot or a recreational center to meet. They do donuts, drive recklessly, and when the police show up, they all drive off in different directions.

St. Pete police say it is hard to enforce because the teens go to new places each time. And, for the safety of the public, police have a no-chase policy.

So when the cops show up, the teens drive off at high rates of speed and often lose control.

"These are not stolen cars," Fernandez said. "These are mom and dad's car or somebody's car. So, I think the message is for parents know where your teenagers are. If you see bumps or scrapes or scratches on your car that weren't there before, then ask them about it."

Cell phone video shows the teens getting arrested outside Gerard's home. One juvenile was heard screaming as officers put her in handcuffs, a police K-9 was also seen in the video.

Fernandez said with schools closed indefinitely, parents need to keep an eye on their kids.

Gerard said someone drove through her front yard last week, damaging some of her landscaping. And now this. She would like to see a curfew in place to protect others in the area from unsupervised juveniles.

"It's only going to get worse," Gerard said.