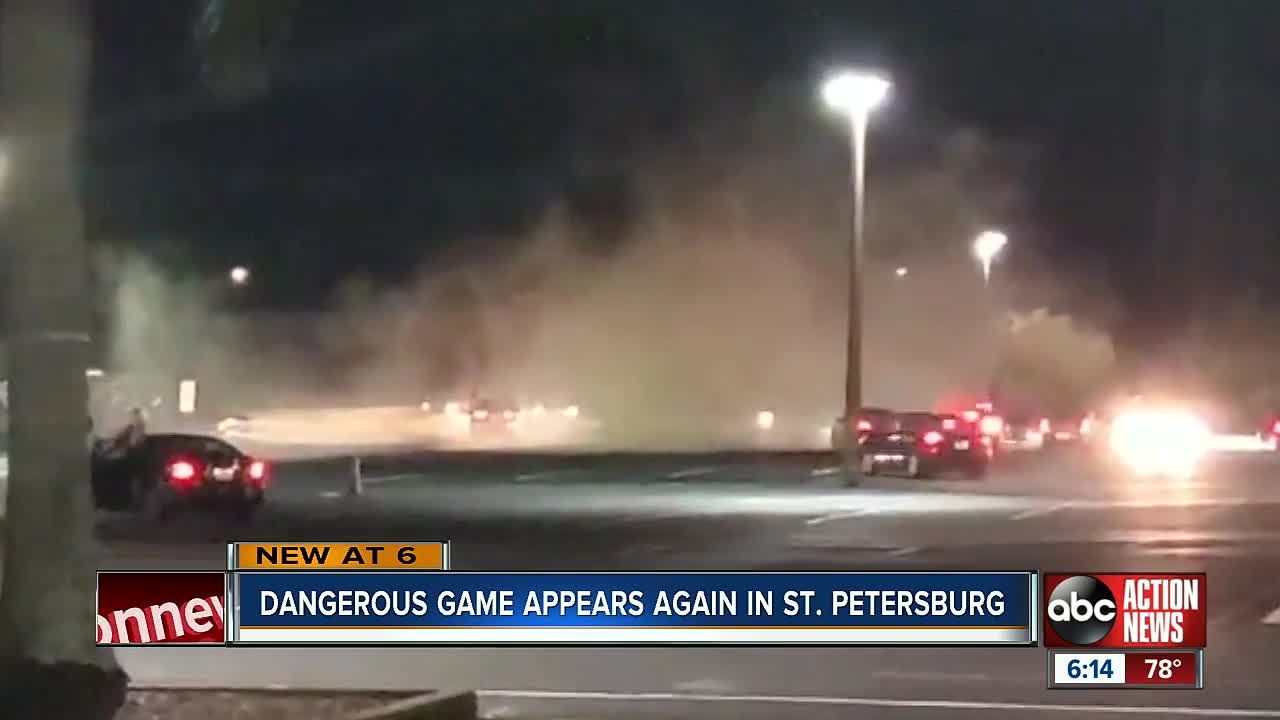 In new video given to ABC Action News, teeans are seen driving recklessly in a local shopping plaza before taking off on main roads to play the game of 'toe tagging.' 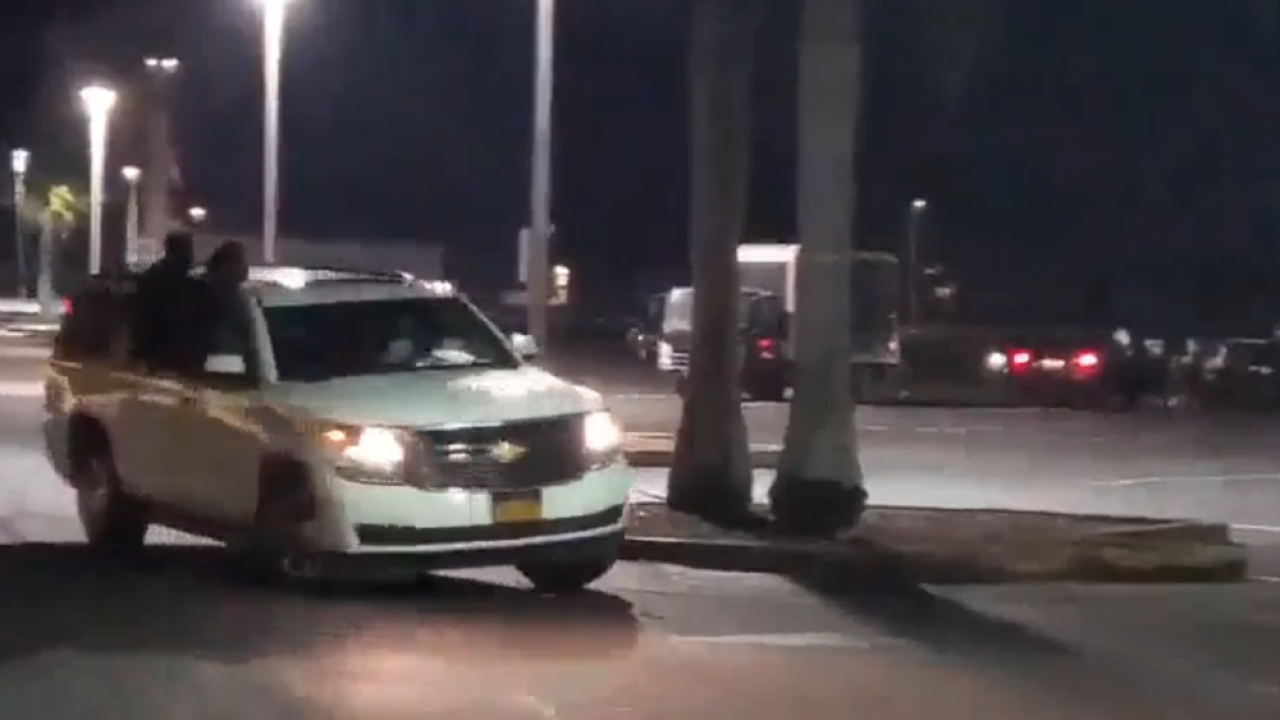 In new video given to ABC Action News, teens are seen driving recklessly in a local shopping plaza before taking off on main roads to play the game of 'toe tagging.'

The St. Petersburg police department has been issuing a PSA since Memorial Day about how groups of middle schoolers, high schoolers and young adults meet up at parks and shopping centers to race.

According to officers with the department, the teens go on to city streets and race in a single file line trying to make it to the front of the pack.

Since the PSA released in May, police say they have made changes to parks like Lake Vista where they now are able to lock the gates and enforce no trespassing after dark.

However, neighbors who live near the Coquina Key Shopping Plaza along 6th Avenue South say the dangerous behavior is making a comeback near them.

In new videos, it shows teens hanging outside car windows, while cars do donuts in the parking lot at high rates of speed.

A spokesperson for the department said after the crackdown and PSA on toe tagging, they thought the behavior decreased.

However, since the end of May, Phyllis Dodge says she hears them every weekend.

"I'm paranoid someone's going to be killed" she says.

Dodge has called the police nearly every weekend since May, usually around 2:45 a.m. to report the dangerous behavior.

Yolanda Fernandez with the St. Petersburg Police Department said they have received more than two dozen phone calls since the beginning of June.

As part of being proactive, police have done 48 directed patrols -- basically self-initiated monitoring of the area to help deter activity.

Fernandez said the parking lot is a private lot so they are unable to shut it down like they could the parks.

The department said they will continue to monitor this behavior, but they say toe tagging is a challenge to enforce because teens are constantly moving to new areas of the city. Officers worry that if they scare the teens, they could take off speeding and crash.