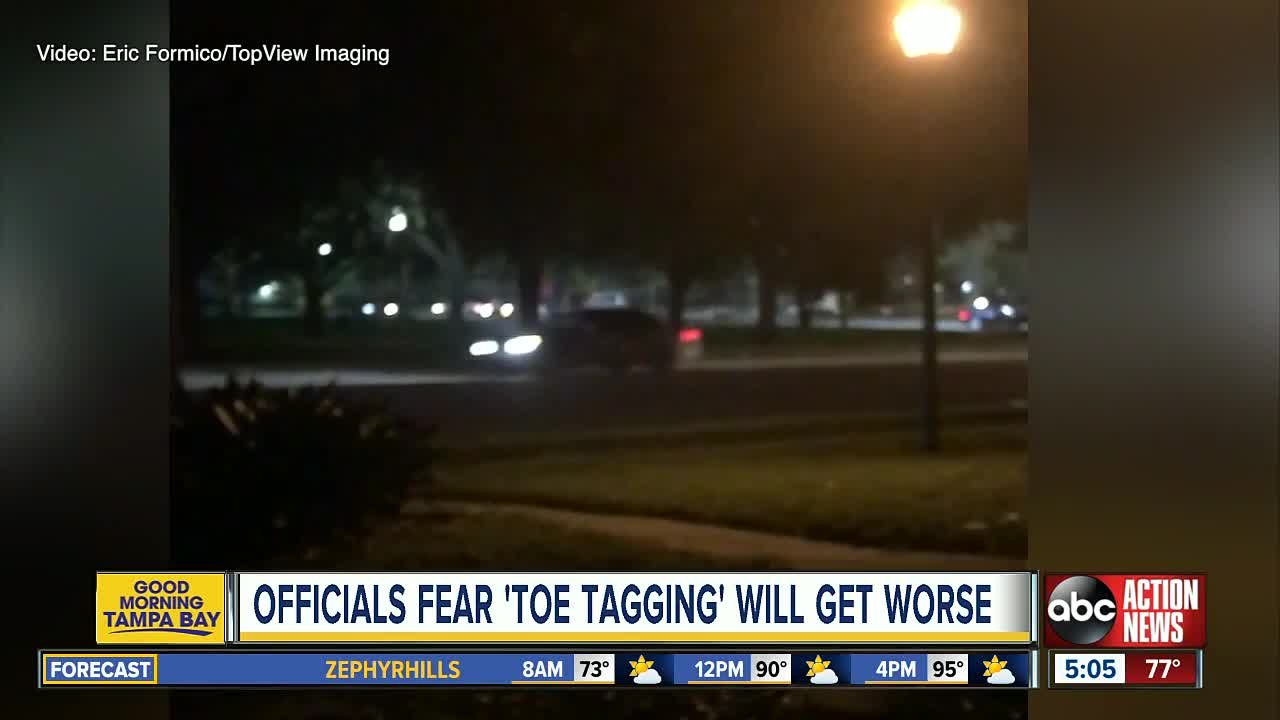 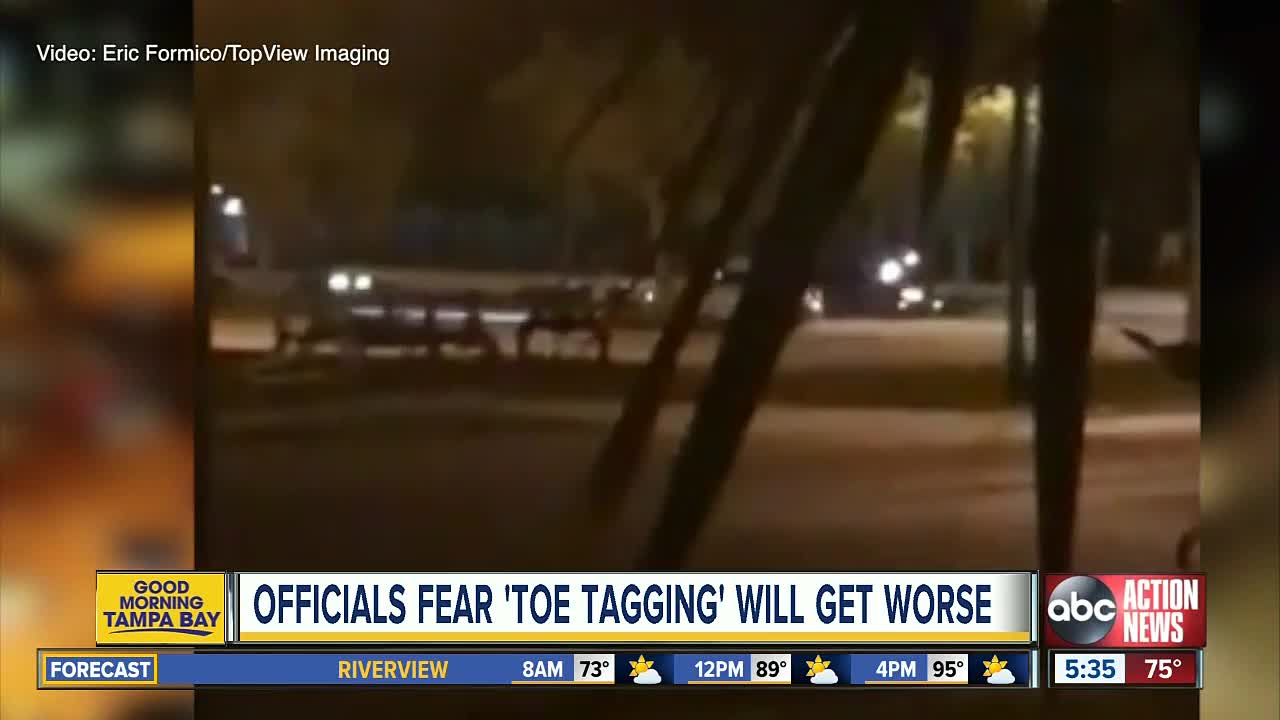 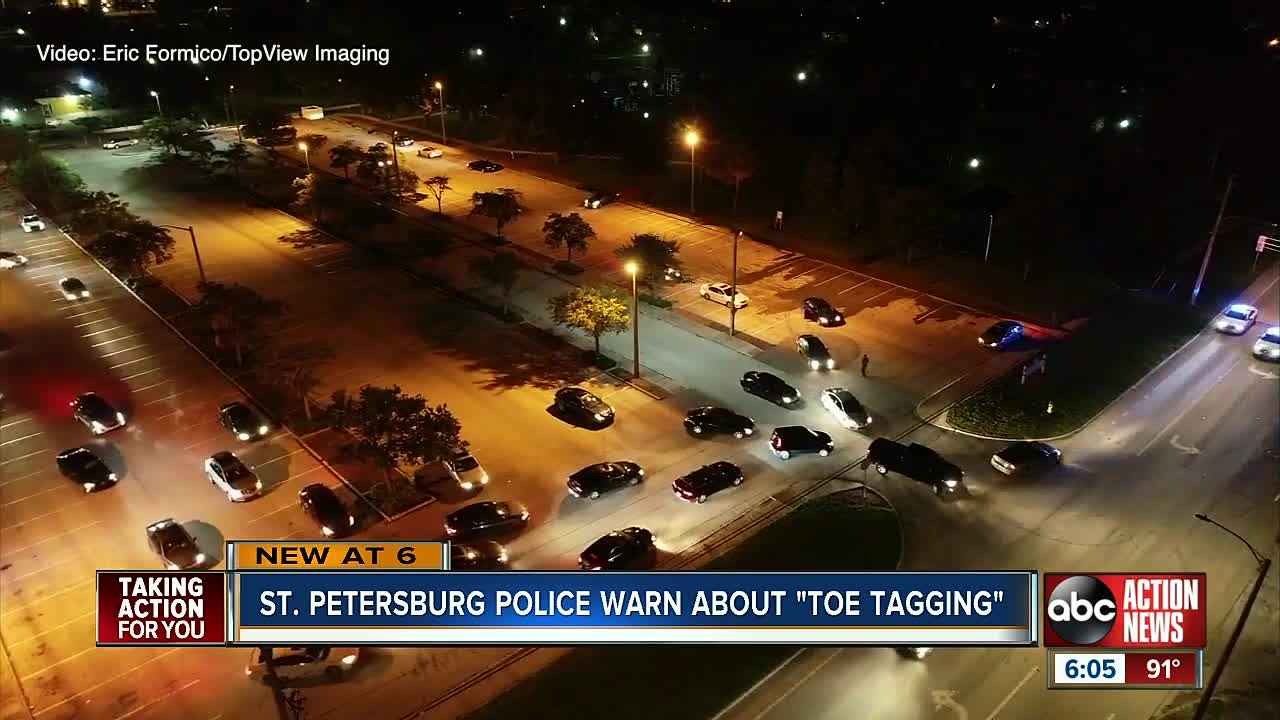 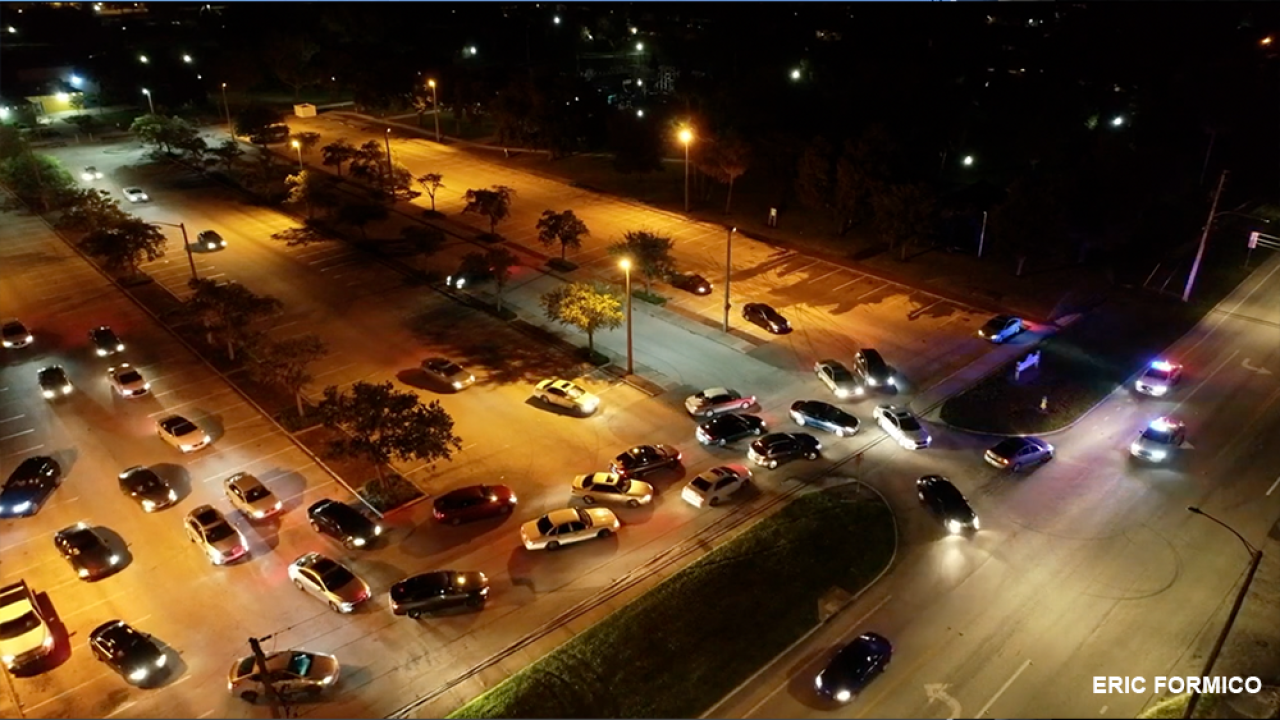 Officers say groups of middle schoolers, high schoolers and young adults are meeting at parks and shopping centers to race. They say the teens then go to city streets and race in a single file line trying to make it to the front of the pack.

Sometimes, officers say, the teens crash into one another — even head on!

Officers are worried about the dangerous and erratic behavior, especially since Pinellas County Schools release students for summer break on Wednesday.

St. Pete Police just put out a video on social media warning teens not to participate in "toe tagging” which they say can put the teen’s lives and innocent drivers lives in danger.

St. Pete residents Eric Formico is worried about the dangerous behavior too. Formico lives near Lake Vista Park where he says the teens gather to start the “toe tagging” activity.

Formico used his cell phone and drone to take video of the teens racing down 16th Street South.

Formico estimates some of the teens are driving 80 to 90 miles down the quiet, mostly residential street. Formico says tire marks scattered around Lake Vista Park’s parking lot show evidence of the erratic driving.

St. Pete officers say “toe tagging” is a challenge to enforce because teens are constantly moving to new areas of the city and officers are afraid if they scare the teens, they could take off speeding and crash.

That’s why officers are spreading the word to parents about the dangerous “toe tagging” activity.

Officers plan to beef up enforcement over the summer months, including monitoring social media, where teens often post about where they plan to meet.

Here Is a video St. Pete Police recently produced to spread the word to parents and city residents about “toe tagging” dangers.