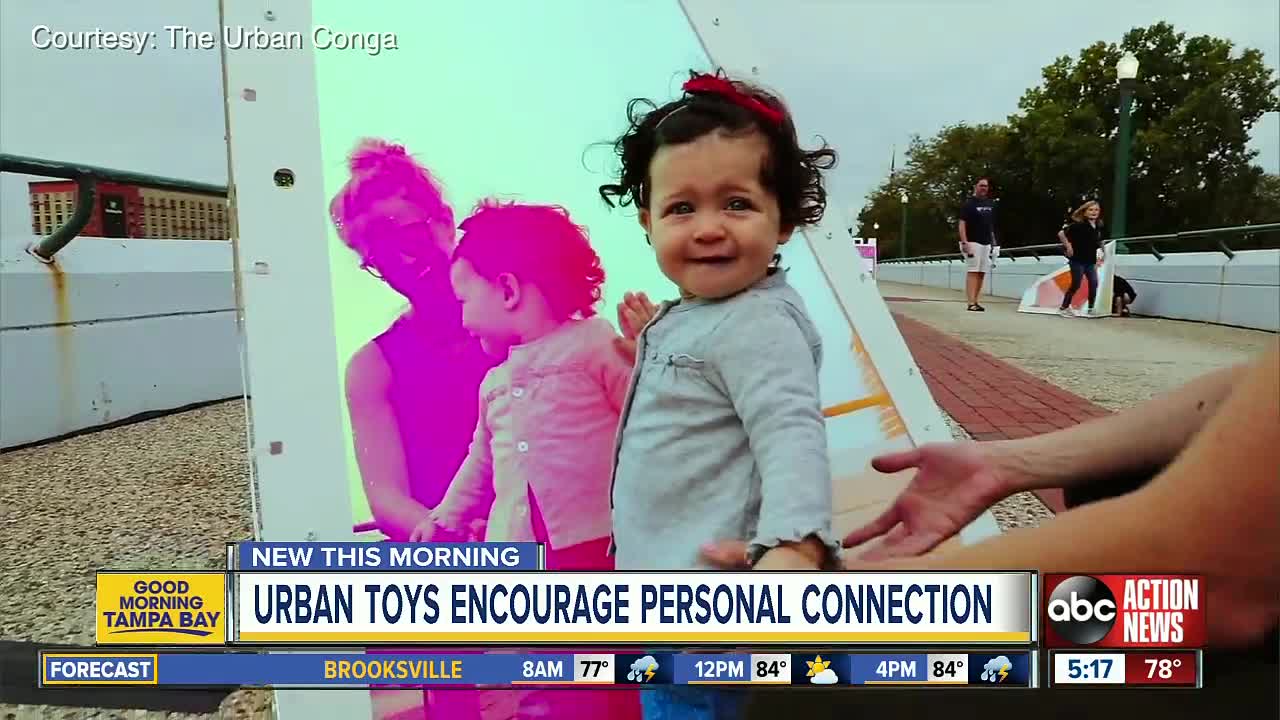 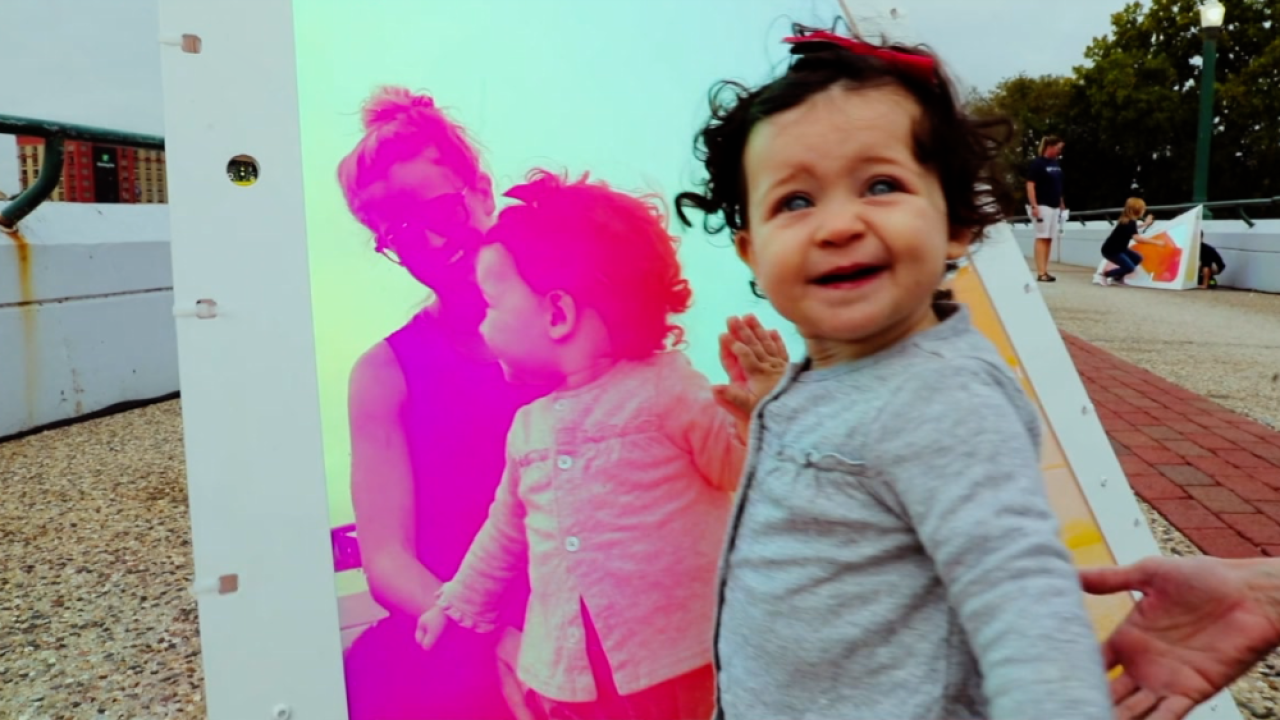 Swanson wants us to put down our phones and meet each other.

He especially wants us to have fun.

“It’s about people engaging with one another,” Swanson says. “As a society, we’ve kind of become disconnected. So how do we begin to really break that?”

The firm put fun funky chess tables in Julian B. Lane Riverfront Park and a musical bench outside of the Straz Center.

RELATED: You can spend an entire day at Julian B. Lane Riverfront Park

In Clearwater’s Station Square Park, Urban Conga unveiled one of its most innovative playthings. “Oscillation” is a fragmented glowing installation that sings like a theremin when you get close.

“A lot of people have a tendency, especially as we get older, to not want to play,” Swanson says.

Swanson is noticing something interesting as more of Urban Conga’s whimsical installations are installed across the country and around the world.

“Kids will immediately run over to something we put out that’s colorful and engaging,” Swanson says. "But adults actually end up playing longer than the kids. It just takes them longer to engage.”

Here is a full list of the Urban Conga’s projects: www.theurbanconga.com/projects