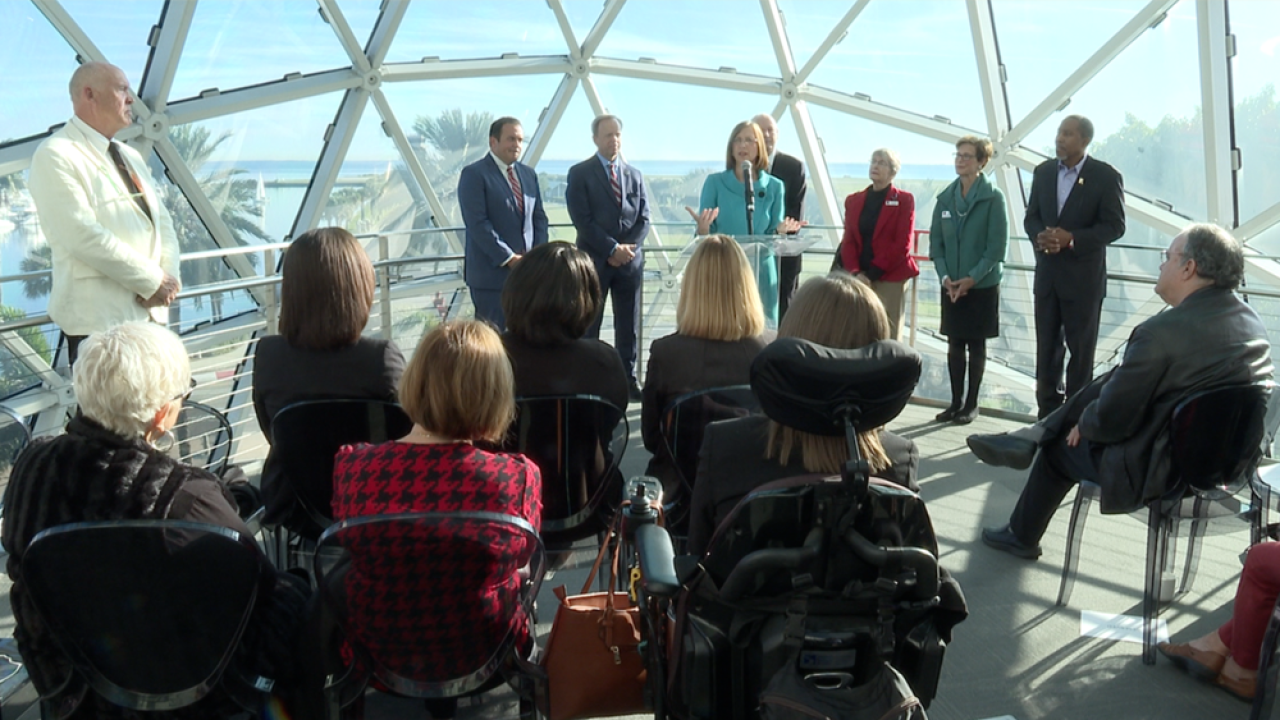 Lawmakers Ben Diamond and Darryl Rouson made the announcement at the Dali Museum in downtown St. Pete. The bill would establish a Seal of Fine Arts for high school students who graduate with a high level of art skills.

Education leaders tell ABC Action News the bill will go a long way towards preparing students for college and careers.

Jeanne Reynolds works for the Pinellas County School District as a performing arts specialist and says, “What we’re hearing is we want a well-rounded student. So many engineering programs in the country are looking for kids with arts backgrounds so they have that broad, problem-solving look. I think it’s going to be very important.”

“We know that arts education is critical in supporting other academic successes and even in the social development of young minds so we want to create a mechanism to recognize that. Tampa Bay is a leader in the arts and we are honored by that,” Rouson explained.

“When you think about the importance of the arts for our community and state, you can see that the renaissance of Florida has been driven by art and culture. It’s an important part of the puzzle for education and for Florida’s continued economic success.”