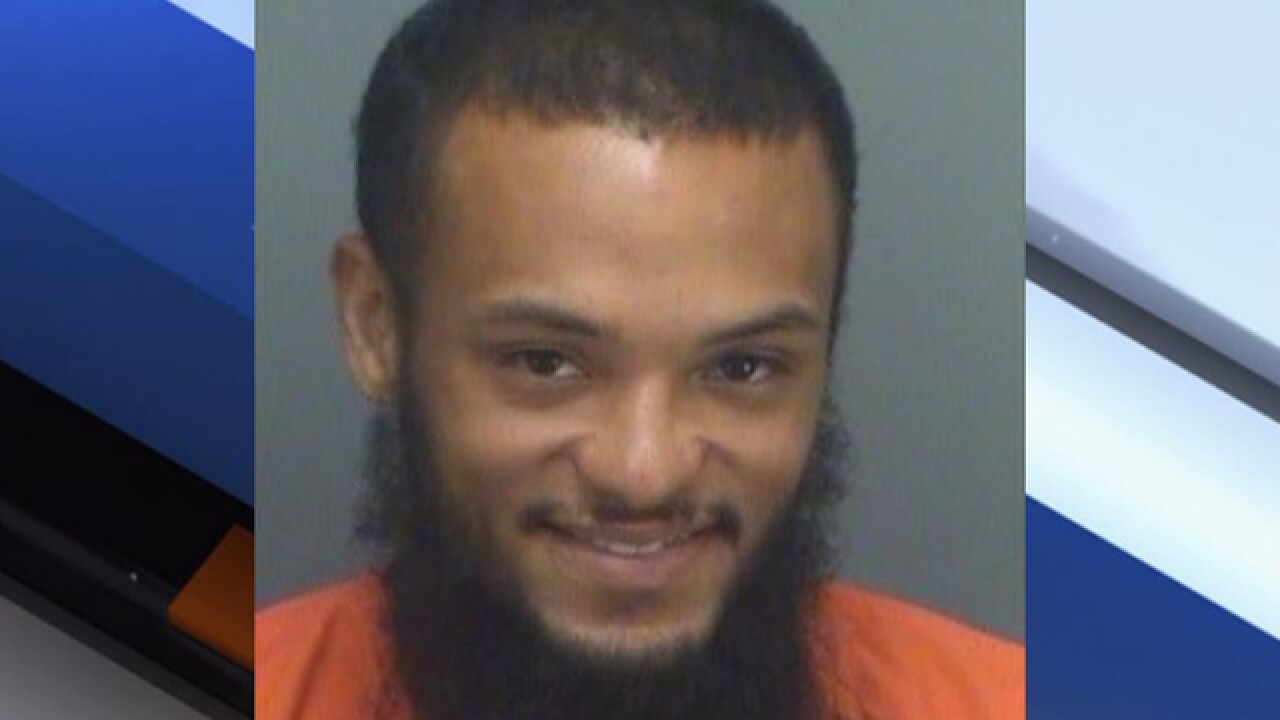 PINELLAS COUNTY, Fla. — A woman was asleep on her couch in unincorporated St. Petersburg when she woke up to a man forcefully pushing her face into a pillow before he sexually battered her, detectives say.

Asa Corey Owens, 27, of St. Petersburg was arrested Thursday near Jacksonville, North Carolina for the crime. Detectives say he broke into the 57-year-old woman's home, forcefully pushed her face into a pillow and struck her in the head multiple times before he sexually battered her.

The woman called 911 around 4 a.m. after Owens left her apartment. Detectives believe he entered through the unlocked front door.

The victim told detectives that during the attack Owens choked her and threatened to slit her throat.

Following the attack, the woman was treated for serious but non-life threatening injuries. She told detectives she didn't know her attacker.

He was arrested in North Carolina, where he was working with a tree trimming company, after being located by the U.S. Marshals Service.

He is facing one count each of sexual battery and burglary with battery.