St. Pete relying on dogs to sniff out sewage problems 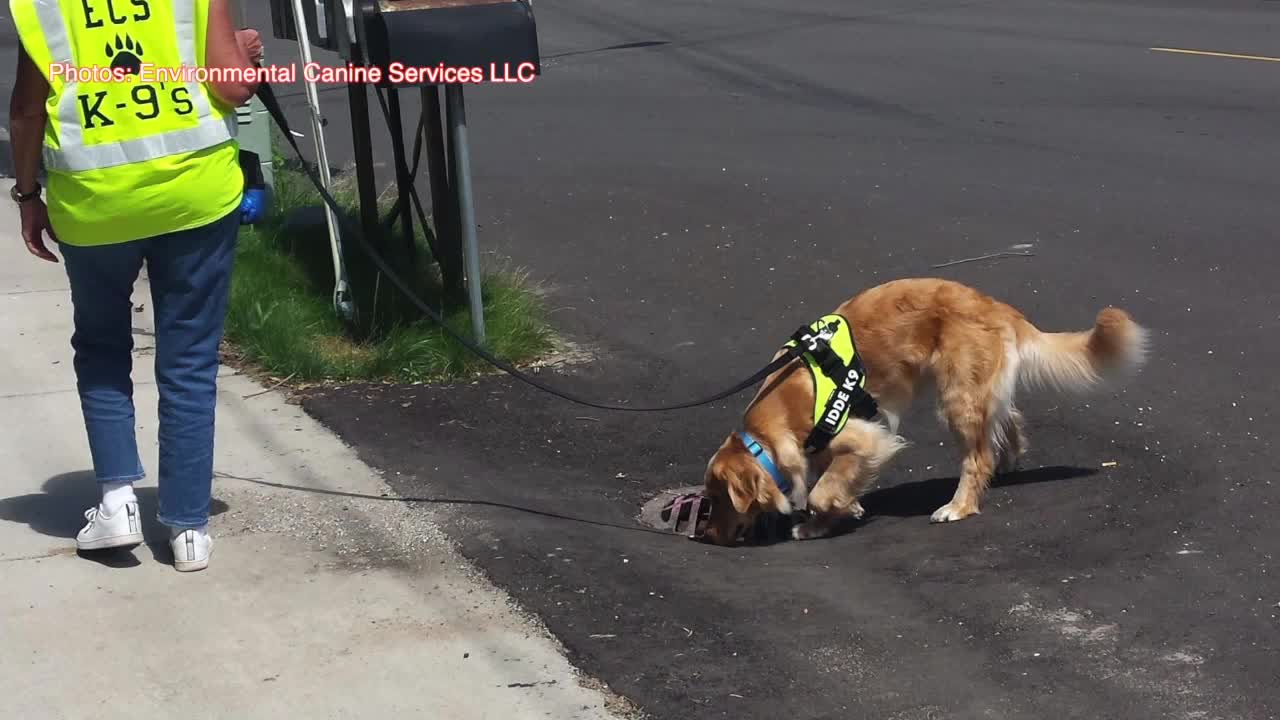 St. Pete leaders are turning to a unique way to identify sewage problems: scent-trained dogs to sniff out human waste and identify problems in sewer systems. 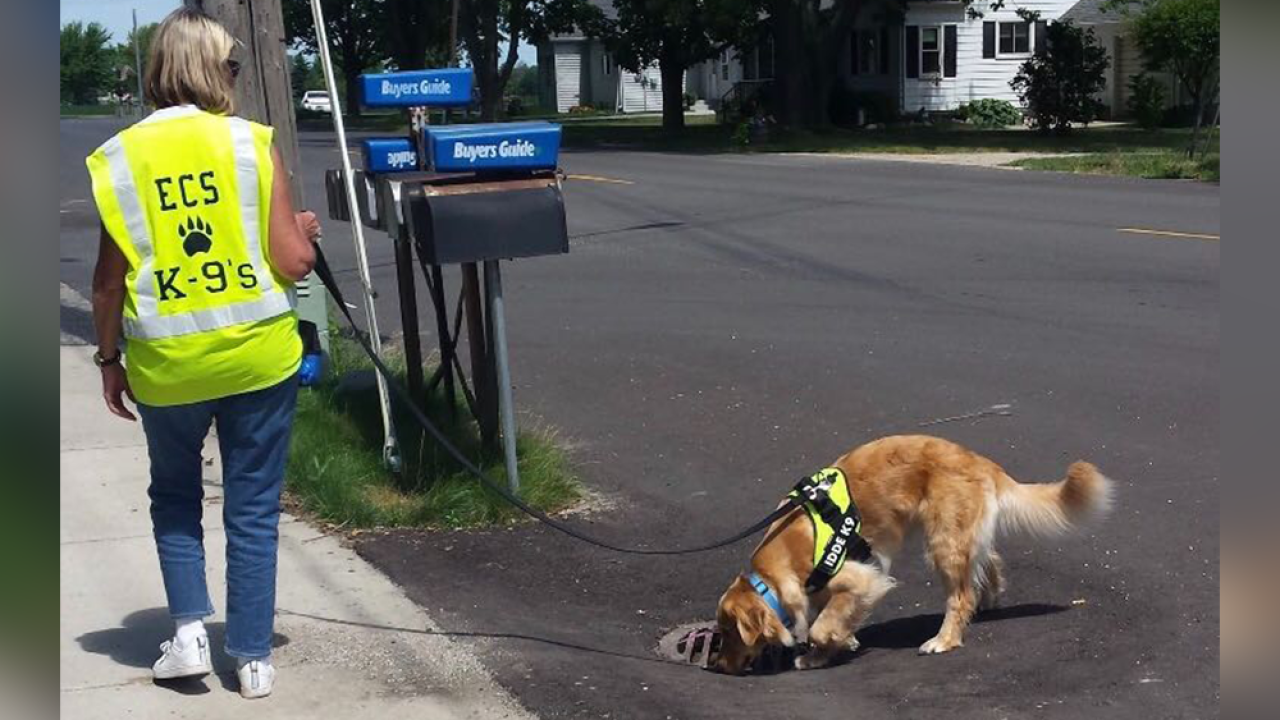 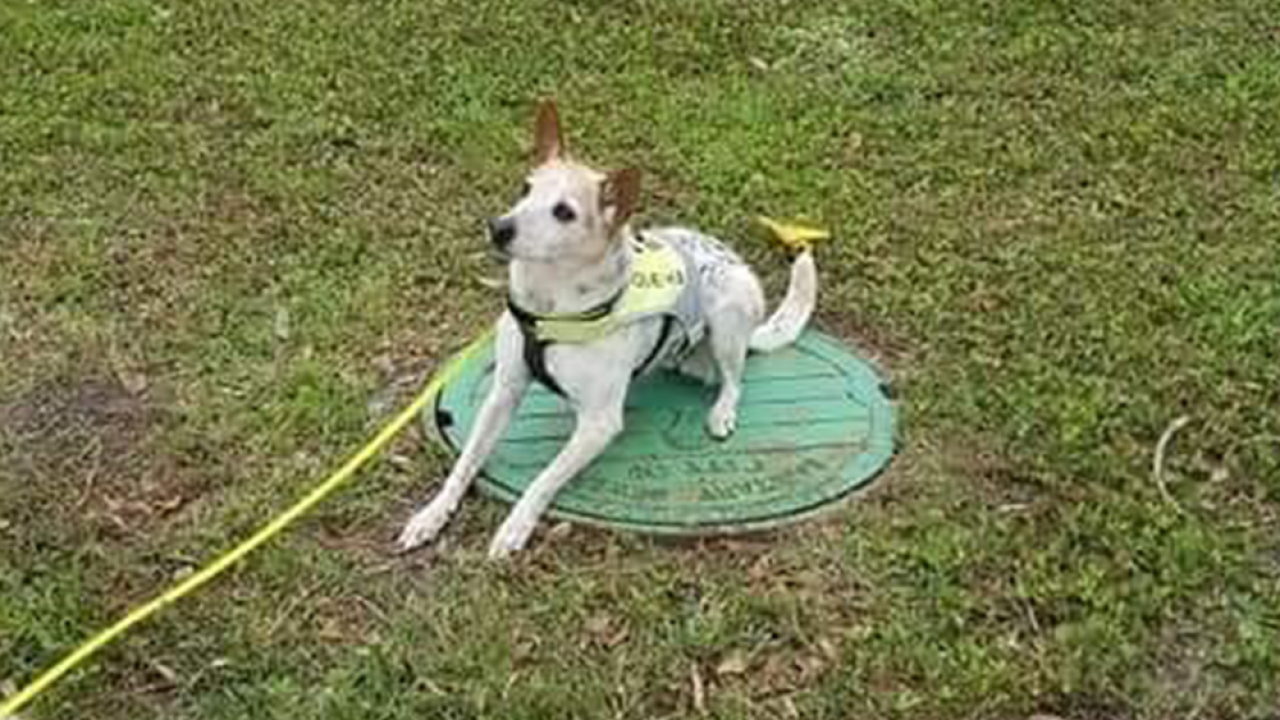 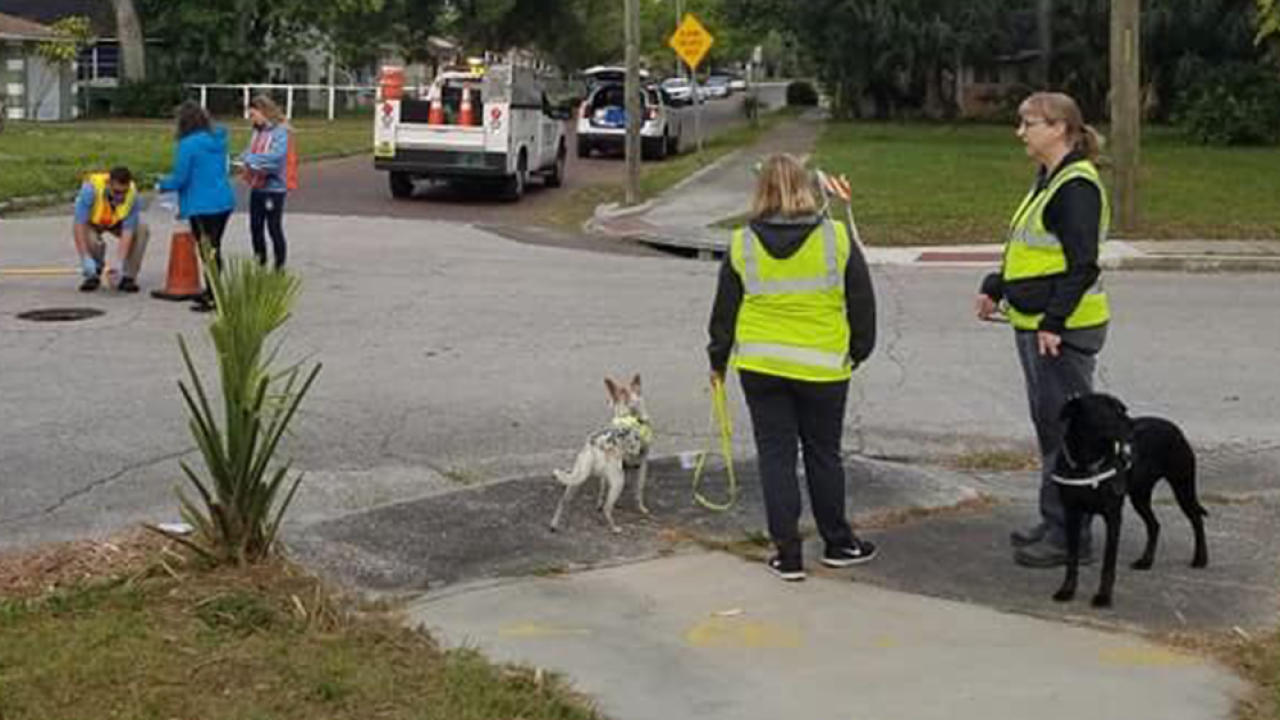 PINELLAS COUNTY, Fla. -- Pinellas County leaders say they are ready for hurricane season and that our sewer system infrastructure is "1,000 percent more ready for storms."

That was the message county and city leaders delivered to the public Wednesday during a meeting about an action plan to prevent wastewater overflows into the county's waterways.

A team of dogs visited the city in March and successfully identified an area where human waste was getting into the storm water system. Once the dogs found human waste, they sat down near the manhole.

"It was amazing! Sure enough, we found we had a broken wastewater pipe that was discharging into a storm water system and we were able to fix it," St. Pete Public Works Administrator Claude Tankersley explained.

Pinellas County leaders from municipalities around the county are working together to eliminate problems after millions of gallons of sewage, both treated and untreated, was dumped into waterways in Tampa Bay following heavy storms.

Most of the major issues were in 2016. That's when St. Peterburg's Northwest Wastewater Treatment Plant dumped 128 million gallons of wastewater into Boca Ciega Bay.

Clearwater had similar problems. The city's Marshall Street Water Reclamation Facility had a mechanical failure that caused an unintentional 2.9 million gallon release of sewage into Stevenson Creek and Old Tampa Bay as well as 28.8 million gallons ending up in Clearwater Harbor.

St. Pete Beach has also faced issues regarding their sewer system. There is currently a moratorium on new hotels until the city's sewer system can be upgraded.

Overall, the cities and county combined have spent close to two billion dollars fixing the issues.

"There's no way to guarantee we will never have an overflow again, but we've really been working hard spending money, doing the research and paying attention to it, but we can't stop. These systems age and we need to continue to put money into them constantly as they age," Tankersley explained.

Pinellas County leaders also hope residents will help them this hurricane season and beyond. Some of the major things you can do: Avoid heavy water usage during major rainstorms.

Officials say put off doing laundry or taking a bath in the middle of storms. They also hope people pay more attention to the items they flush.

"Wipes which claim to be flush-able shouldn't be put down the toilet," Ross explained.

They also say Q-Tips, cotton swabs and dental floss are items that can create major issues within the wastewater systems.