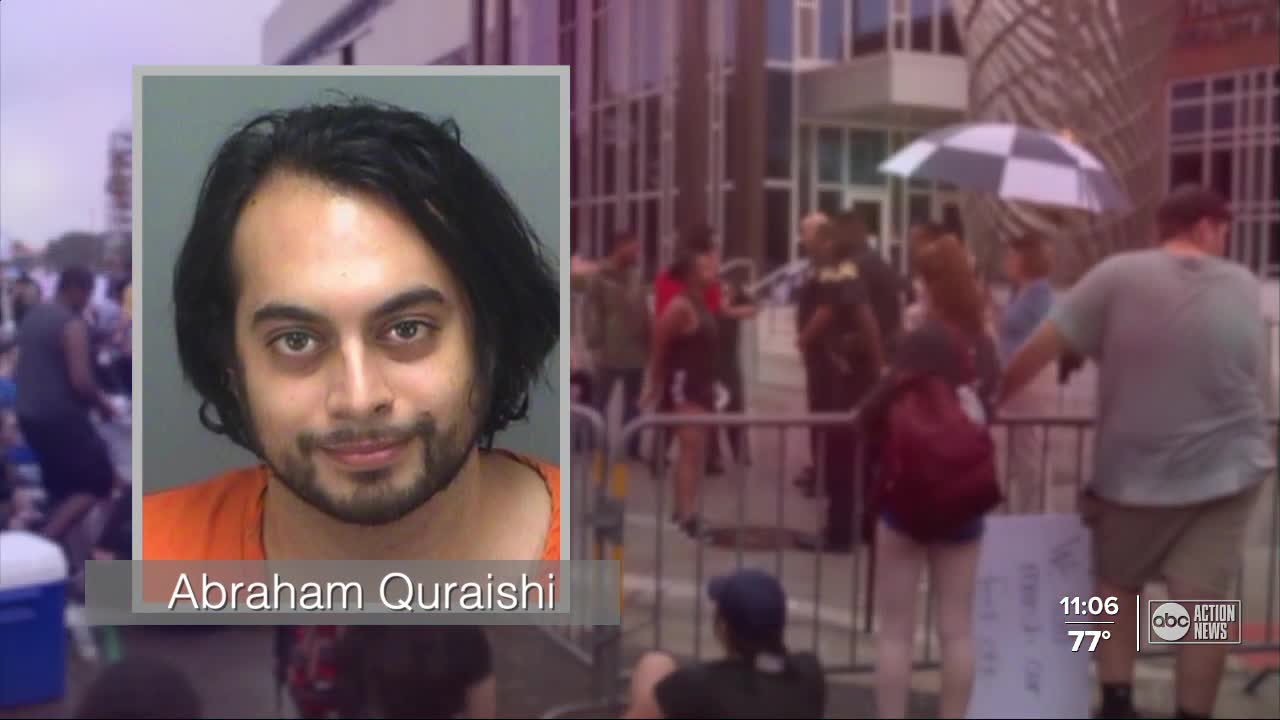 One of the videos saved to his phone shows the suspect outside the St. Pete Police Department with a rifle, captioned “stay home," according to court documents. 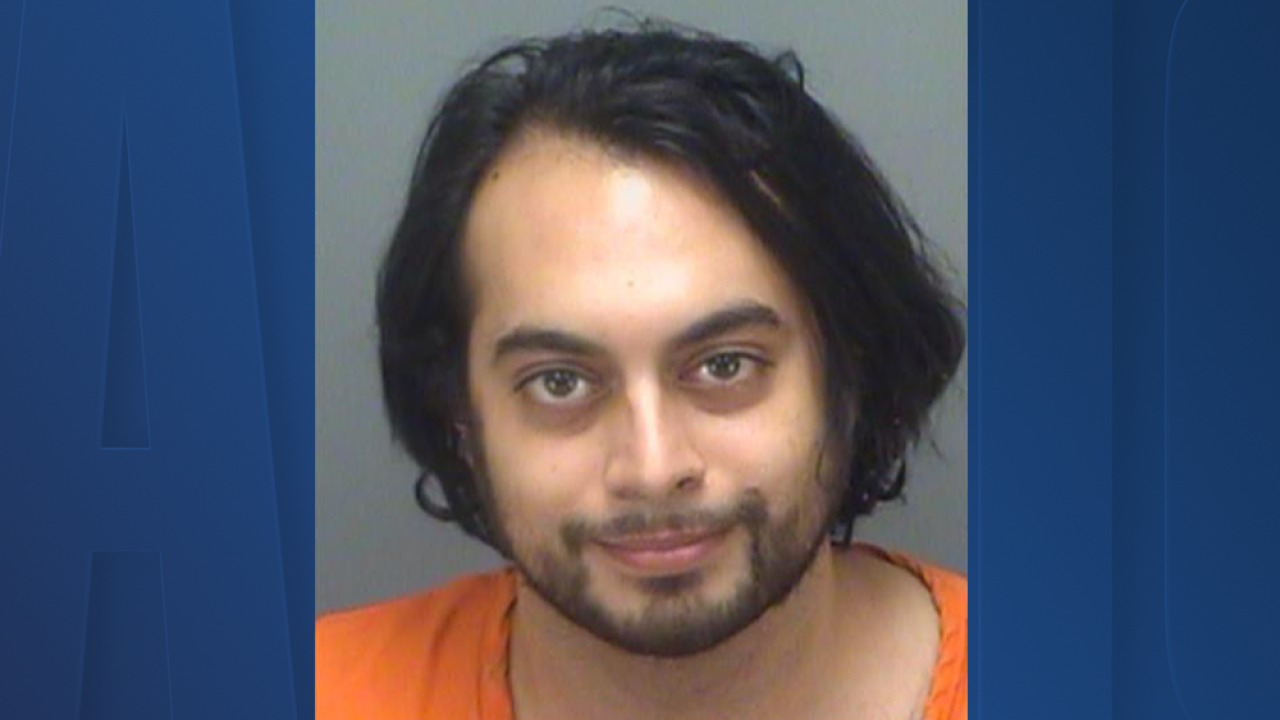 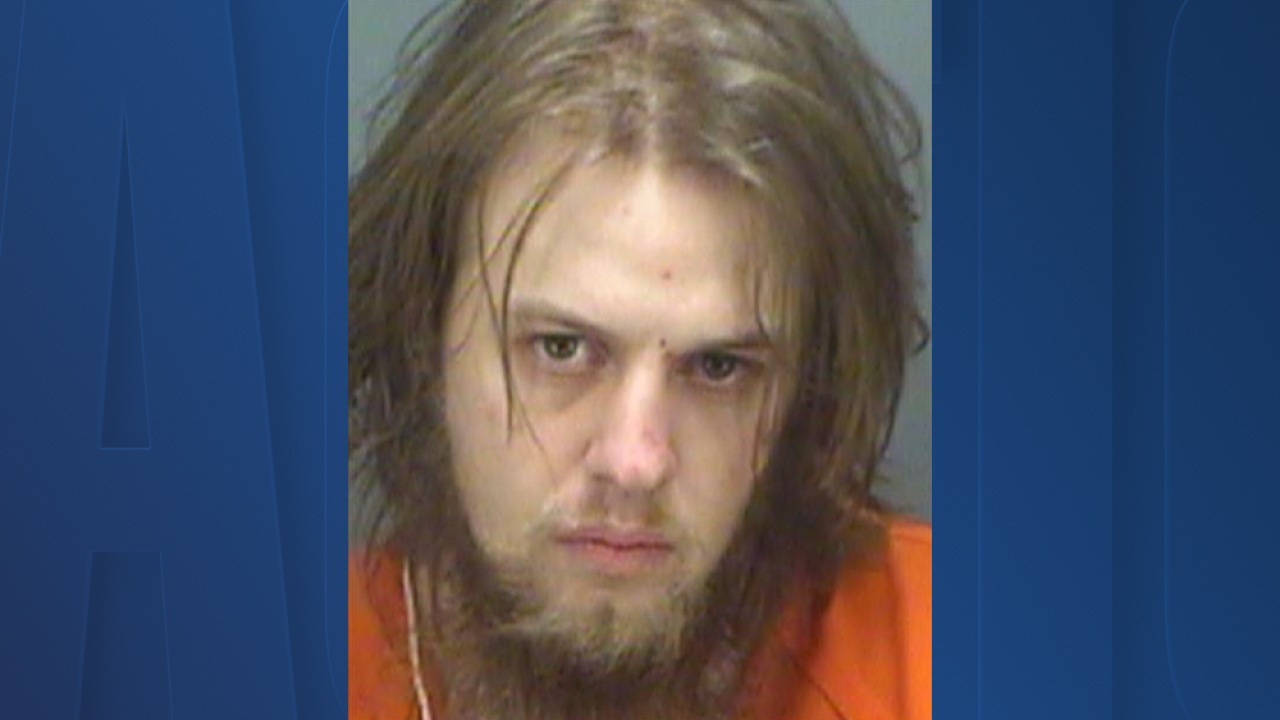 ST. PETERSBURG, Fla. -- A St. Petersburg protester has been charged with terrorist activity after police discovered a Molotov cocktail in his car that was parked outside of police headquarters.

Police arrested 26-year-old Abraham Quraishi for inciting a riot and resisting arrest with violence during a June 3 protest outside of police headquarters.

The arrest was reported on the following day as Chief Anthony Holloway described how Quraishi threw a round of ammunition at the direction of officers during the protest. Officers soon realized Quraishi was carrying a loaded firearm without a permit.

Days later, investigators discovered Quraishi parked his car as close to police headquarters due to the barricades on the night of the arrest.

A report states Quraishi called his uncle from jail and directed him to tow his locked vehicle to Pinellas Park. Police later discovered a Molotov cocktail inside the vehicle.

According to police, there were approximately 30 to 40 people at the protest that night and numerous officers in and outside the police building.

One video, according to court documents, shows Quraishi outside the St. Pete Police Department with his rifle, captioned “stay home.”

Another allegedly shows Quraishi holding a firearm passing by the old St. Pete Police building with the caption “thinking about.”

A third video shows Quraishi driving by the new St. Pete Pier with the caption “pigs guarding the pier I ran a few nights ago.” The video allegedly then shows Quraishi panning the camera to a Molotov cocktail and a rifle.

A report also stated that these videos depict “apparent reconnaissance from high vantage points of SPPD and other critical infrastructure.”

ABC Action News reporter Ryan Smith reached out to local St. Pete protesters who said “the one person who met him that night claims that he traveled from Polk County to protest and has not been back consistently since.”

Just this week, police say they arrested Quraishi’s roommate for setting off a Molotov cocktail in a St. Pete parking lot.

Seanfrancis Ziegenbein, 23, is charged with making or discharging a destructive device.

The Tampa attorney who is now representing both defendants told ABC Action News reporter Ryan Smith he had no comment when called Friday.

"Our detectives are still working diligently on active ongoing investigations on co-defendants Abraham Quaraishi and Seanfrancis Ziegenbein. For this reason, we cannot provide any additional details."