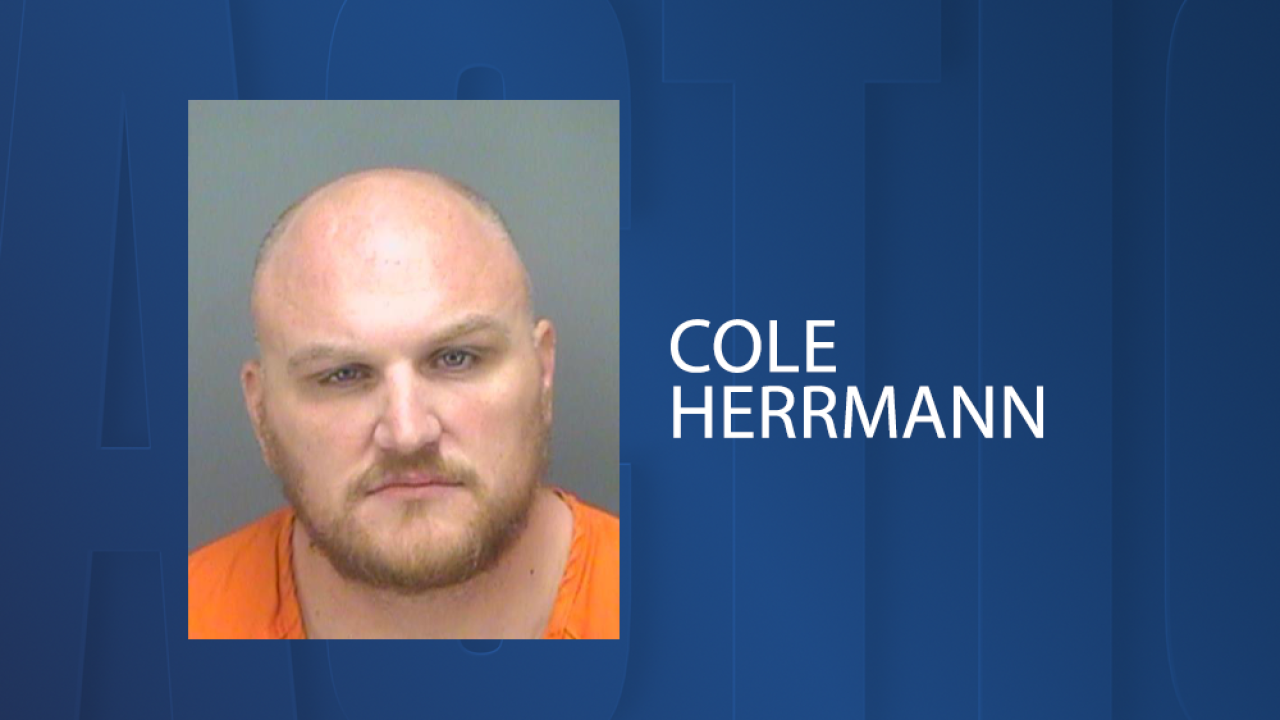 ST. PETERSBURG, Fla. — A 36-year-old man in St. Petersburg accused of beating his dog until it was unresponsive told police he spanked it too hard, according to an arrest report.

Cole Herrmann was arrested on Tuesday for a felony cruelty to animals charge.

The report says Herrmann was seen and recorded by a witness beating his dog in the backyard of a home on 38th Avenue North.

The dog was in a metal cage when Herrmann repeatedly hit it in the head, according to the report.

Police say the dog became unresponsive after the beating.

After his arrest, Herrmann told police he "spanked his dog too hard," the records show.

He was arrested and released on surety bond Tuesday evening.

Police say the dog was removed from the home and signed over to animal services by Herrmann when he was arrested.