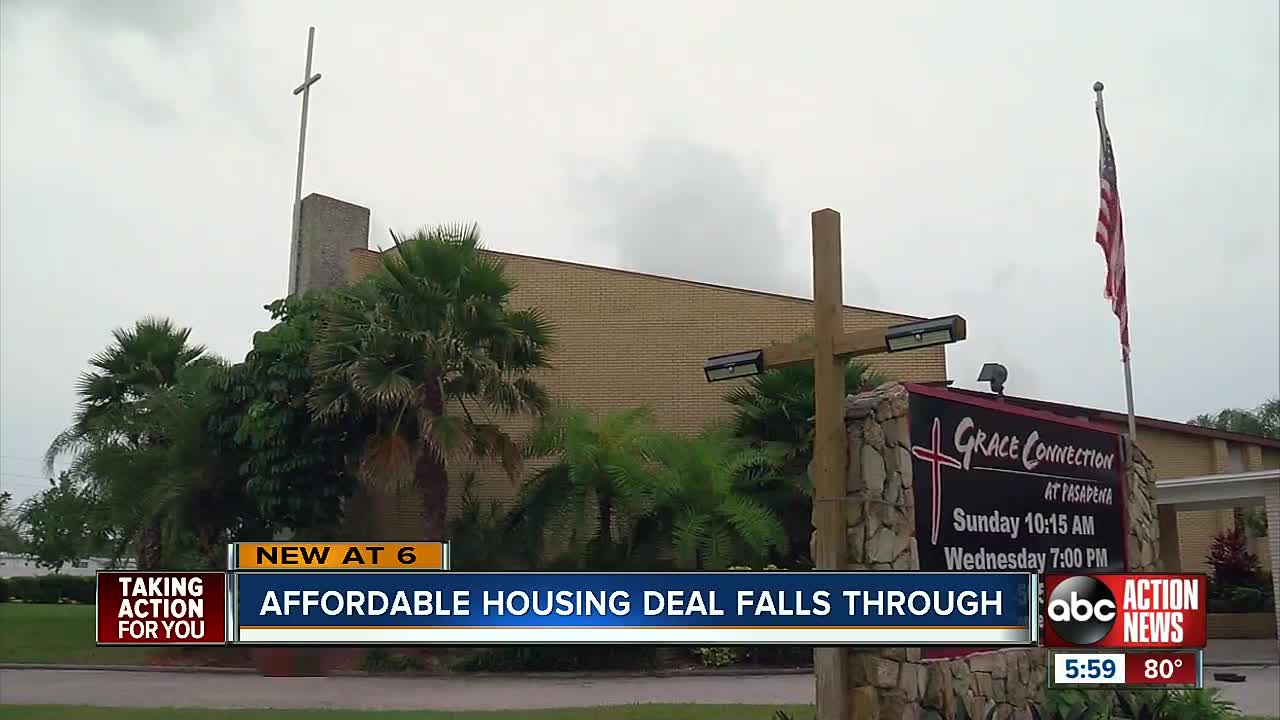 An affordable housing plan in St. Pete has been called off and city leaders are back to the drawing board. The leader of Grace Connection Church canceled the pending 1.7 million sale with the city of St. Pete just two days before city council was expected to vote on the deal. 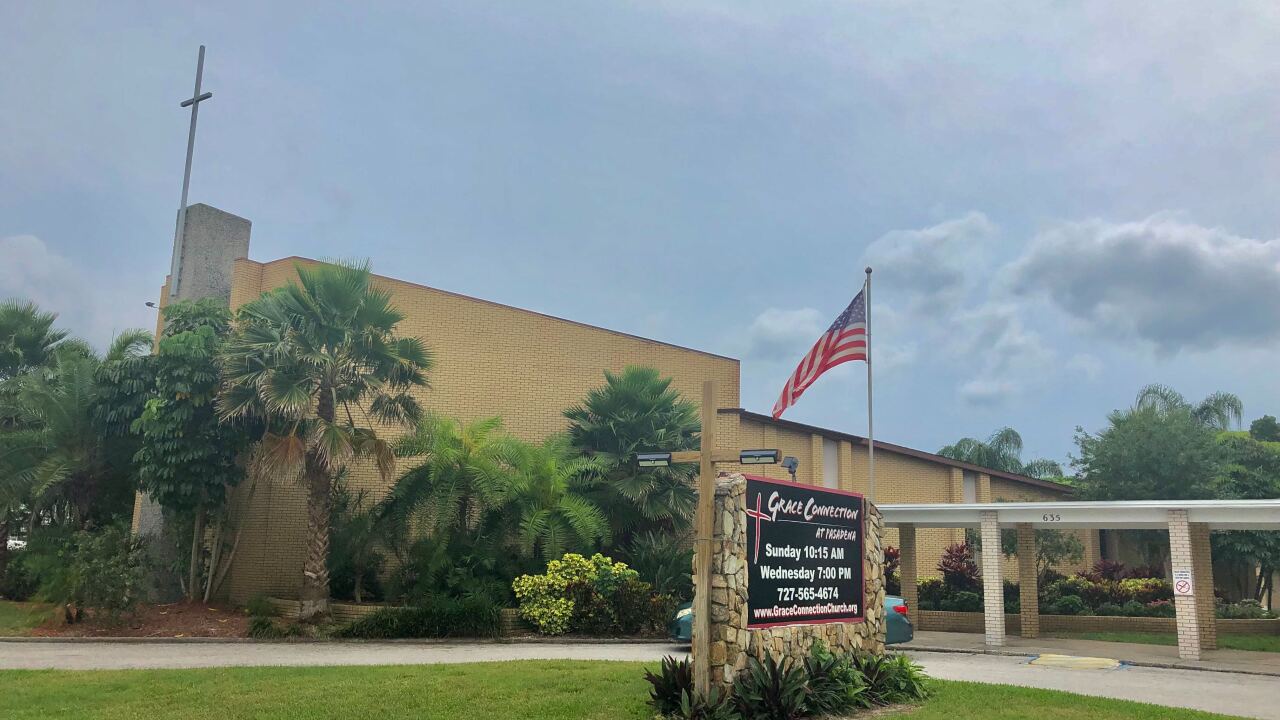 ST. PETERSBURG, Fla. — An affordable housing plan in St. Pete has been called off and city leaders are back to the drawing board.

The leader of Grace Connection Church canceled the pending $1.7 million sale with the city of St. Pete just two days before city council was expected to vote on the deal.

The sale would have set in motion a plan to rezone the land the church near Bear Creek is on to multi-family housing and bring in up to 85 affordable housing and workforce housing units.

Neighborhood angered with proposal by St. Pete to buy church, replace it with low-income housing

Yet, the pending sale encouraged more than 500 neighbors to voice their opinions. Neighbors were worried about the 4-story building towering over their single-family homes. They also worried about the impact to traffic, property values, privacy and the quiet atmosphere.

Mayor Rick Kriseman took to Facebook while traveling in Isreal to post his opinion of the called off deal:

"Housing affordability remains a priority for me and I am committed to ensuring that everyone who wants to live in St. Pete is able to do so. Unfortunately, NIMBYISM is real. We need our residents to be open-minded to affordable housing, because the reality is this would have provided seniors or educators, firefighters, nurses and other hardworking residents with a quality place to live. The work to accomplish this continues and we will only be able to provide housing affordability if the entire community is committed to doing so."

Lisa Wright and her neighbors are relieved. “I think this is God’s intervention. The church will stay a church and I am happy about that,” she said with a sigh.

Tim Kelley, the leader of Grace Connection Church, says he has tried to sell the property at 635 64th St. S, for the past two years. The publicity surrounding the case encouraged another church to come forward with a new deal. He says it will be for less money but should cause fewer headaches. The deal also means his church will continue to have a place in the building.

Pastor Kelley says he made the decision thinking it was the best option for both his congregation and the neighborhood.

“We thought it would be a sleepy little church sale. It was nothing sleepy about it,” he said with a chuckle. "I think the neighbors like me now."

Mayor Kriseman's Communications Director Ben Kirby says it's frustrating that the deal was called off. "The mayor is frustrated. Our housing team is frustrated. I think people have the wrong idea in their head. People think 'gosh here comes terrible section 8. They don’t have jobs and they’ll bring crime' and that’s not true.”

Neighbors say they welcome affordable housing— but not 4 stories high or 85-units large.

“It’s not a case of not in my back yard. This is about zoning that’s not a good fit. You shouldn’t be able to just notify a few neighbors and say we’re going to be re-zoning this property. Done deal," Wright added.

St. Pete leaders are now back to the drawing board and they worry they’ll run into the same issues in the next neighborhood.

"We have to change people's ideas of affordable housing. We’re talking about housing for firefighters, teachers, nurses. Seniors, your grandma and grandpa. This is a big priority in St. Pete,” Kirby explained.

There are currently 16,000 families on waiting lists for affordable housing in Pinellas County. St. Pete leaders tell ABC Action News the biggest challenge isn’t finding the money for the projects, it’s finding the place to put them.