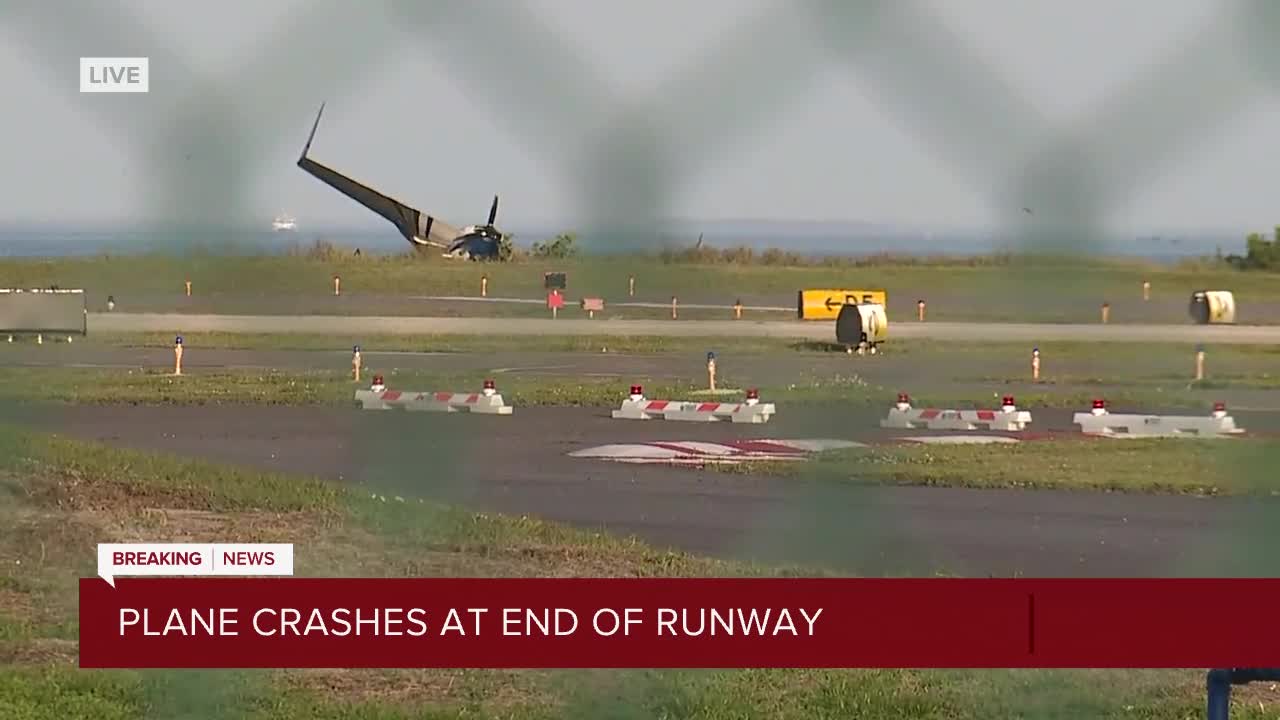 A small plane carrying three people went off the runway and ended up on near the water in St. Petersburg Tuesday. ST. PETERSBURG, Fla. -- A small plane carrying three people went off the runway and ended up on near the water in St. Petersburg Tuesday.

St. Petersburg Fire Rescue responded to Albert Whitted Airport at 500 8th Avenue Southeast around 3 p.m. Upon arrival, emergency crews found a small personal plane that had crashed at the end of the runway.

All three people on board were not injured, firefighters say. It is unknown if the plane was taking off or landing.

The cause of the crash is under investigation. Firefighters say they did not see any fuel spills or leaks on the plane after it crashed.

"A Velocity Elite aircraft lost engine power and veered off the runway at Albert Whitted Airport in Saint Petersburg, Fl., today about 3 pm. The aircraft was towed back to the ramp. Three people were aboard. The FAA will investigate."