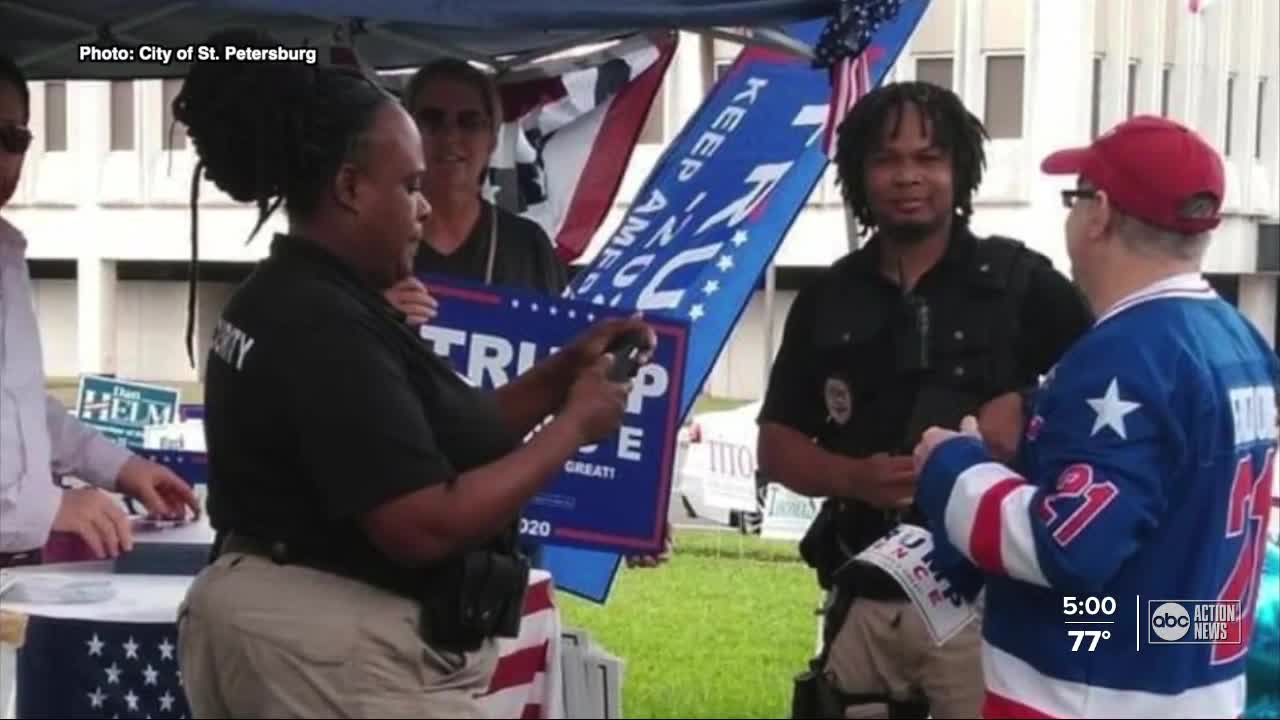 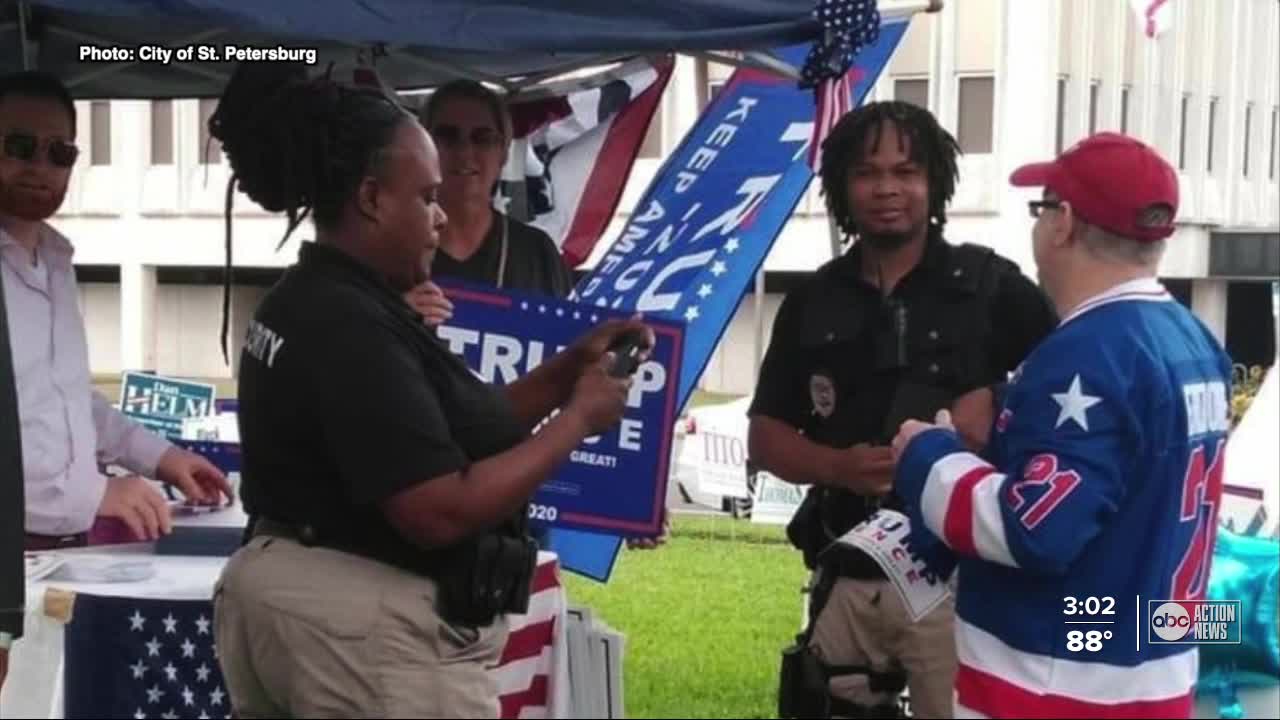 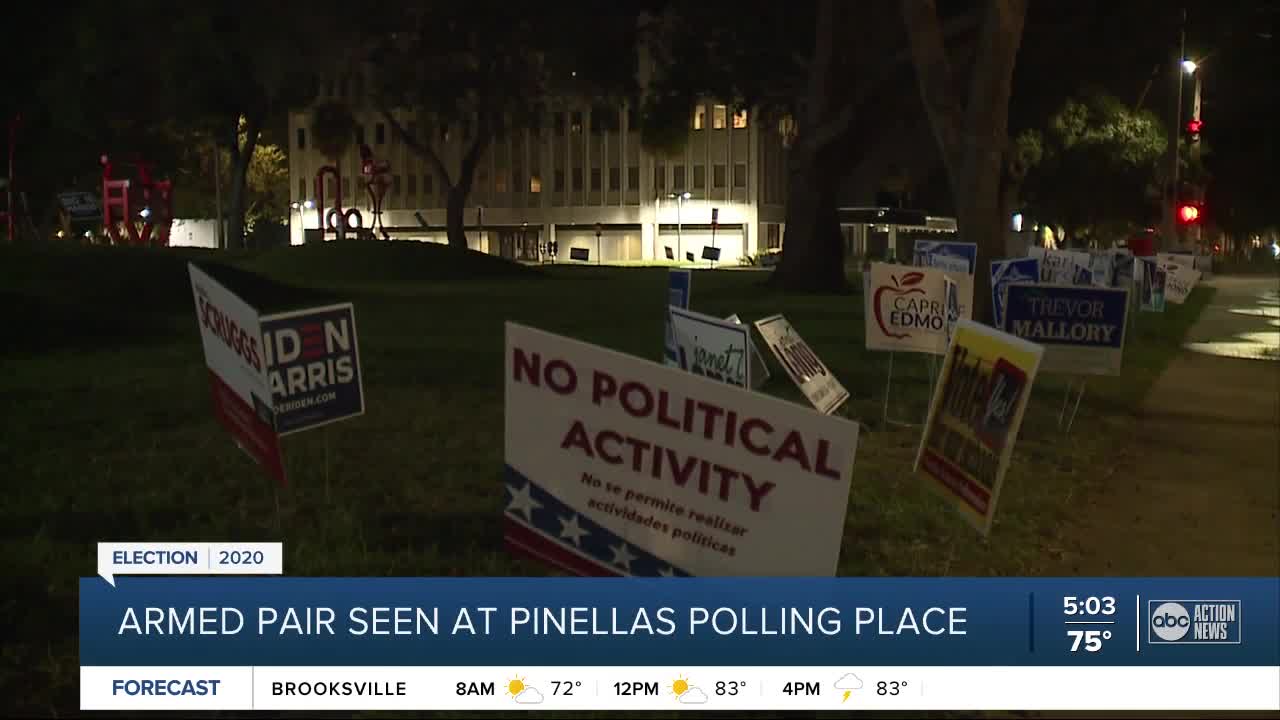 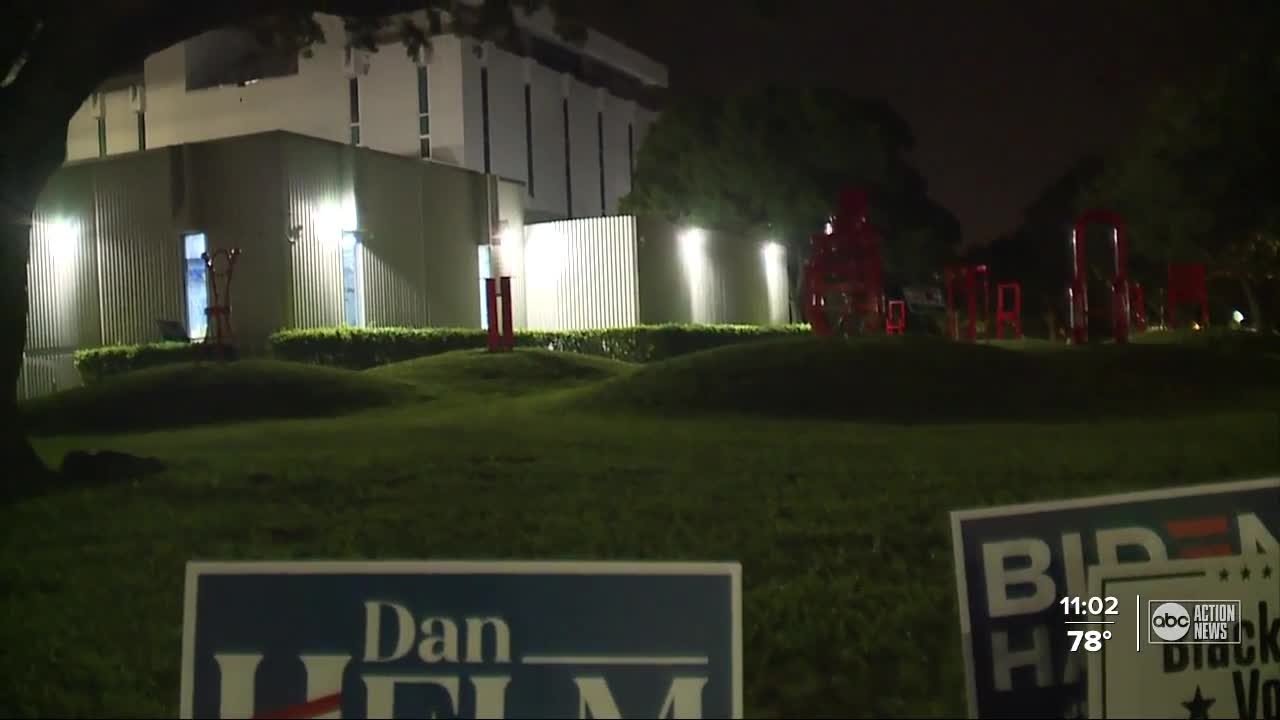 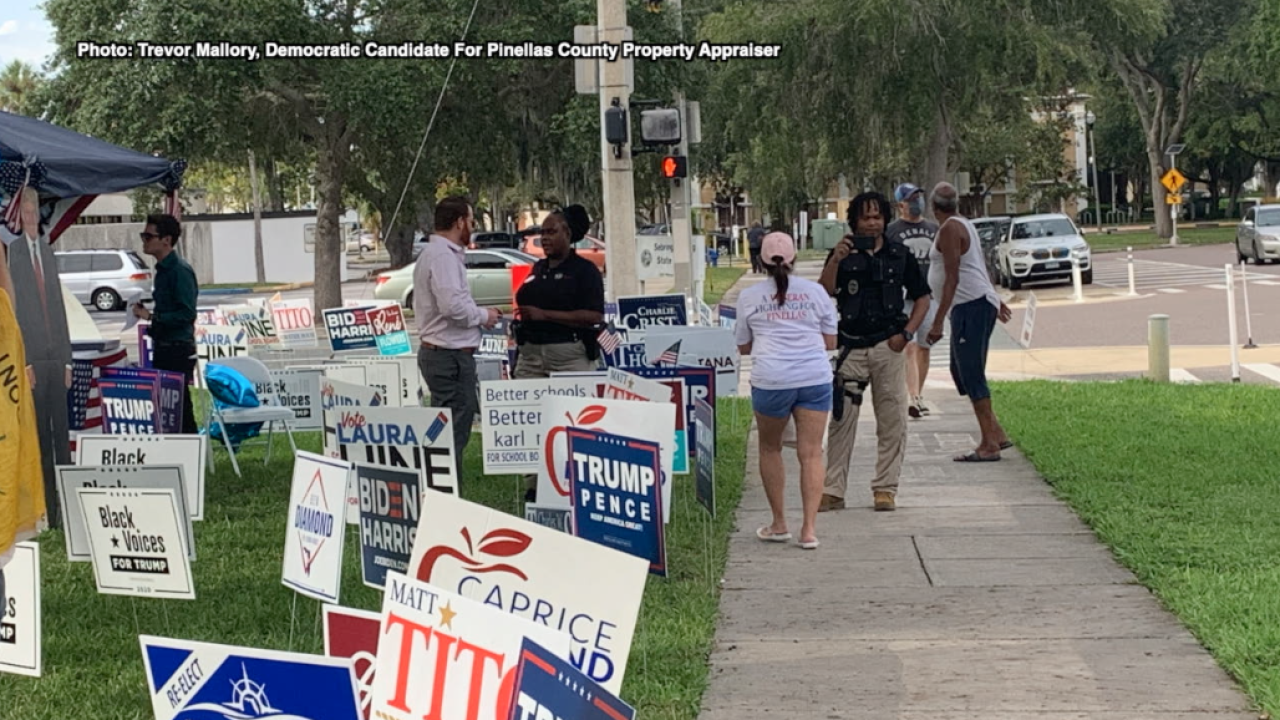 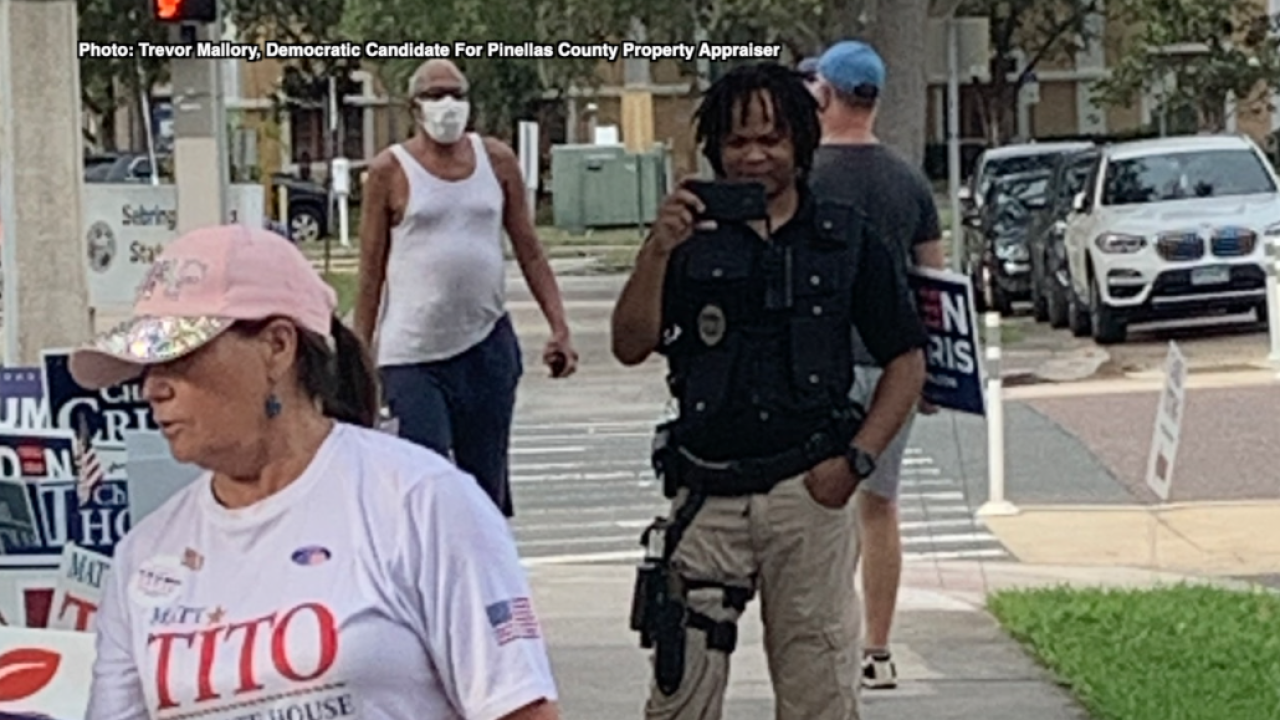 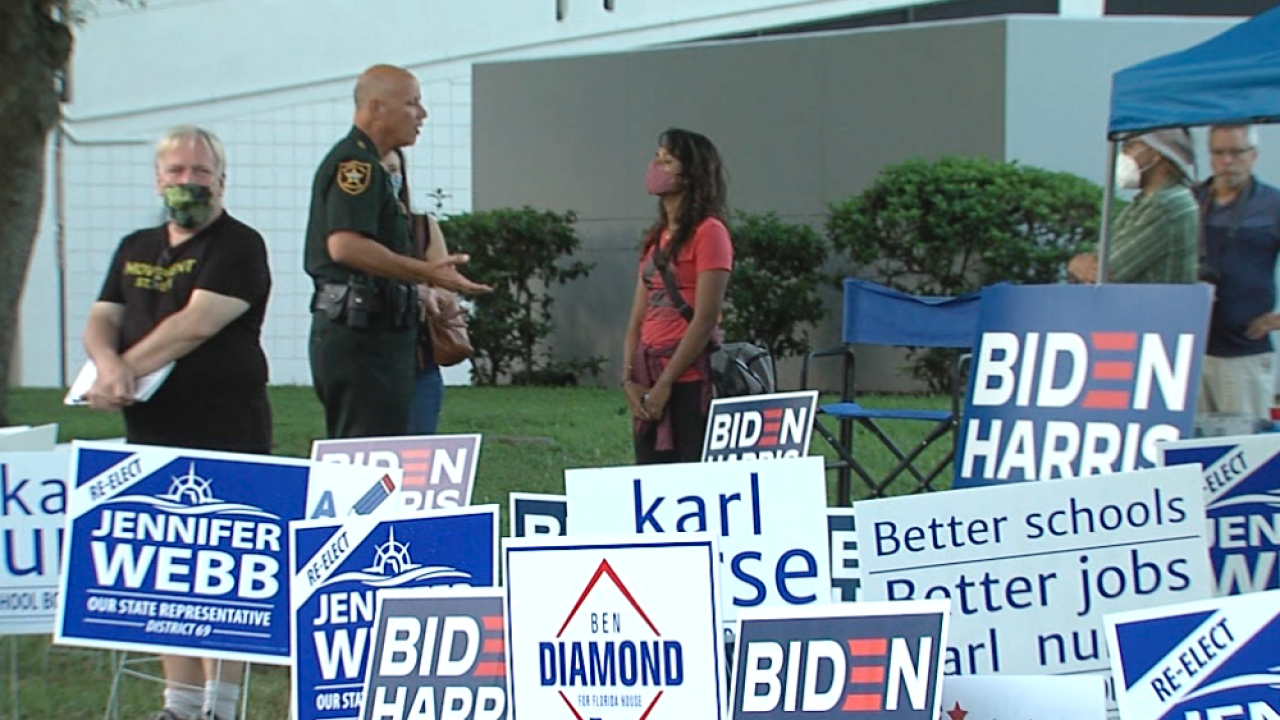 According to Marcus, the pair told a responding law enforcement officer that they are with a private security company. She says a concerned staff member reported at least one of them was armed.

The pair set up a tent and claimed to be working for the Trump campaign, Marcus said.

The Deputy National Press Secretary for the Trump campaign issued a statement to ABC Action News denying the campaign hired the pair.

"There are very specific laws to prevent voter intimidation and it will not be tolerated," Marcus said. "This is unacceptable. I have been here for 17 years and I have never seen this happen before."

“I noticed his gun, that was the first thing that I noticed as a voter was that this man was carrying a weapon," said Pereira. “He wasn’t there to vote, he was standing there to make his presence known.”

Pereira tells ABC Action News, one of the guards offered him a Trump sticker while standing with a Trump-decorated tent.

On Thursday, Pinellas County Sheriff Bob Gualtieri said since the two guards remained outside the 150-foot no-solicitation zone, they did nothing wrong.

"There’s zero reason for anyone to be armed, openly armed, out in front of a polling place," said Kriseman. "I can’t think of any justification for that.”

"We do not have any employees engaging in poll watching. We had an off duty employee who was picking up a family member who happened to be in the vicinity of a polling location. The employee saw someone they knew near the polling location and had a short conversation. Again, this employee was off duty and was in no way engaging in poll watching. The employee was stopped by a local deputy that had every right to ask what was happening .The employee made it clear that they were not affiliated with the polling both. A change of information from the officer to the deputy happened and all information came back valid and true. The officer just had on their gear from leaving work and that was taken out of context."