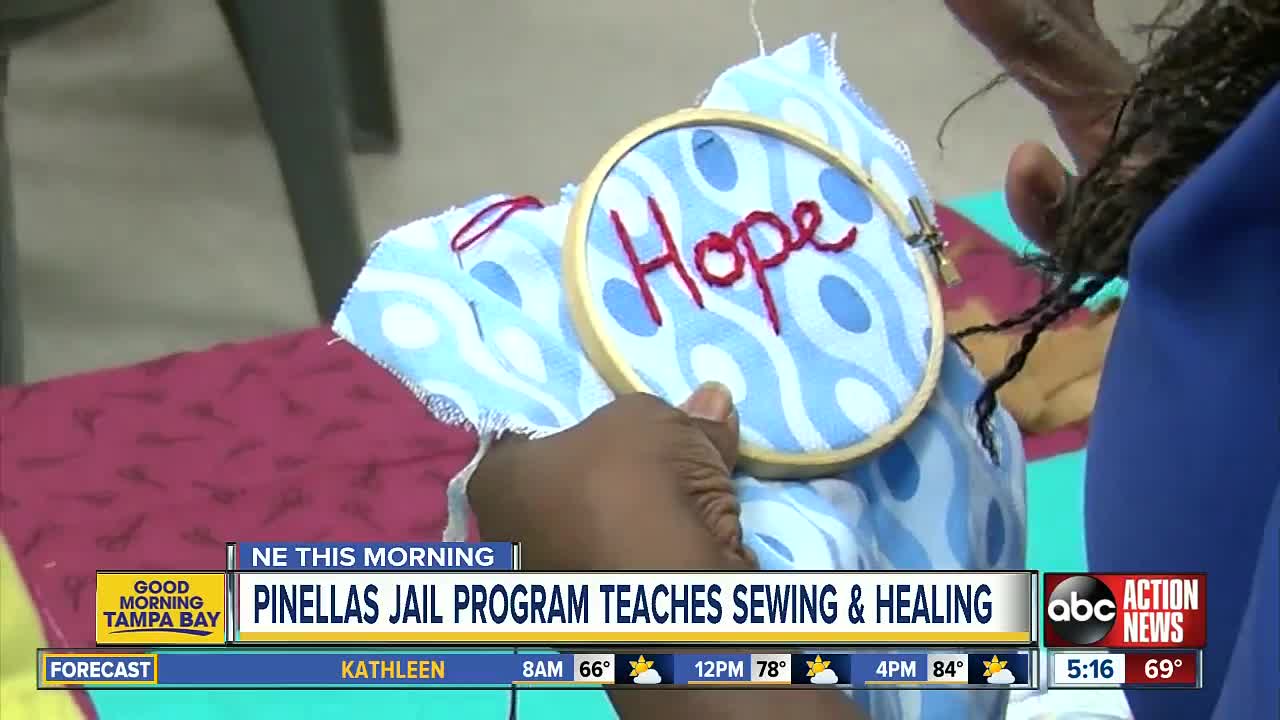 The Red Tent Women’s Initiative, which blends a sewing circle and craft-making with group therapy at the Pinellas County Jail, is incredibly popular with female inmates and now has a long waiting list. 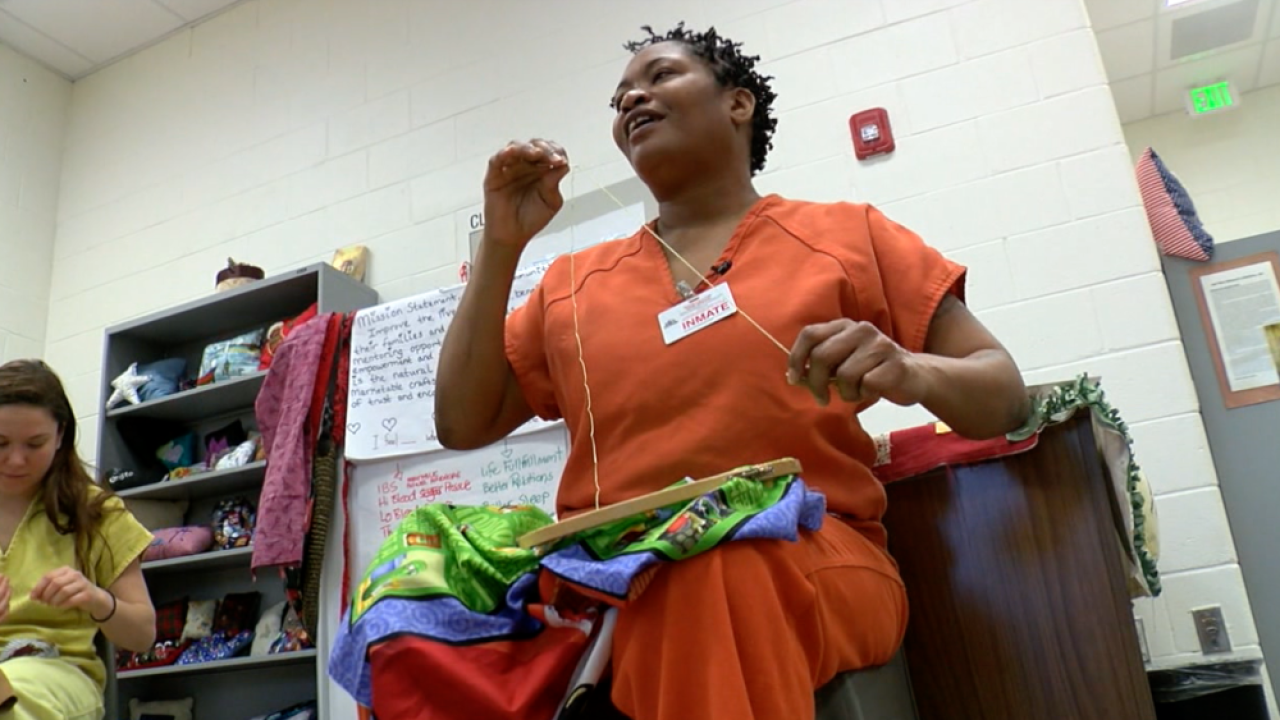 CLEARWATER, Fla. — The inmate in the orange jumpsuit is sewing a pillow for one of her four children.

“Donovan is 11,” says Melvina, who is known as Victorious ‘Vina in this room inside the Pinellas County Jail. “He’s my youngest son.”

Three times a week, Melvina comes to this room at the jail with about 15 other incarcerated women.

She gathers her fabrics, her sewing needles and her thoughts.

Victorious ‘Vina sits in a circle facing other women working on crafts for themselves and their families.

They talk. They sew. They support each other.

“It’s hard to heal in jail, but Red Tent is a healing place for me,” says Melvina, who struggles with substance abuse.

This Pinellas County program is called the Red Tent Women’s Initiative. It blends sewing circle and group therapy. It supports women in jail — and helps them when they get out of jail, too.

Program services supervisor Ramona Schaefer says the transformation that happens to these women in this room is remarkable.

“Their vibe changes, their energy changes,” says Schaefer. “They’re meditating and they’re concentrating and they’re speaking of whatever trauma they may be going through. Substance abuse, life on the street.”

Melvina will be released from the jail in a few days. She loves the Red Tent project, but says it also reminds her of something very important.

“It helps me remember this is not where I want to be,” says Victorious ‘Vina. “I don’t ever want to come here again.”

For more information on the Red Tent Women’s Initiative, visit to www.redtentproject.com.