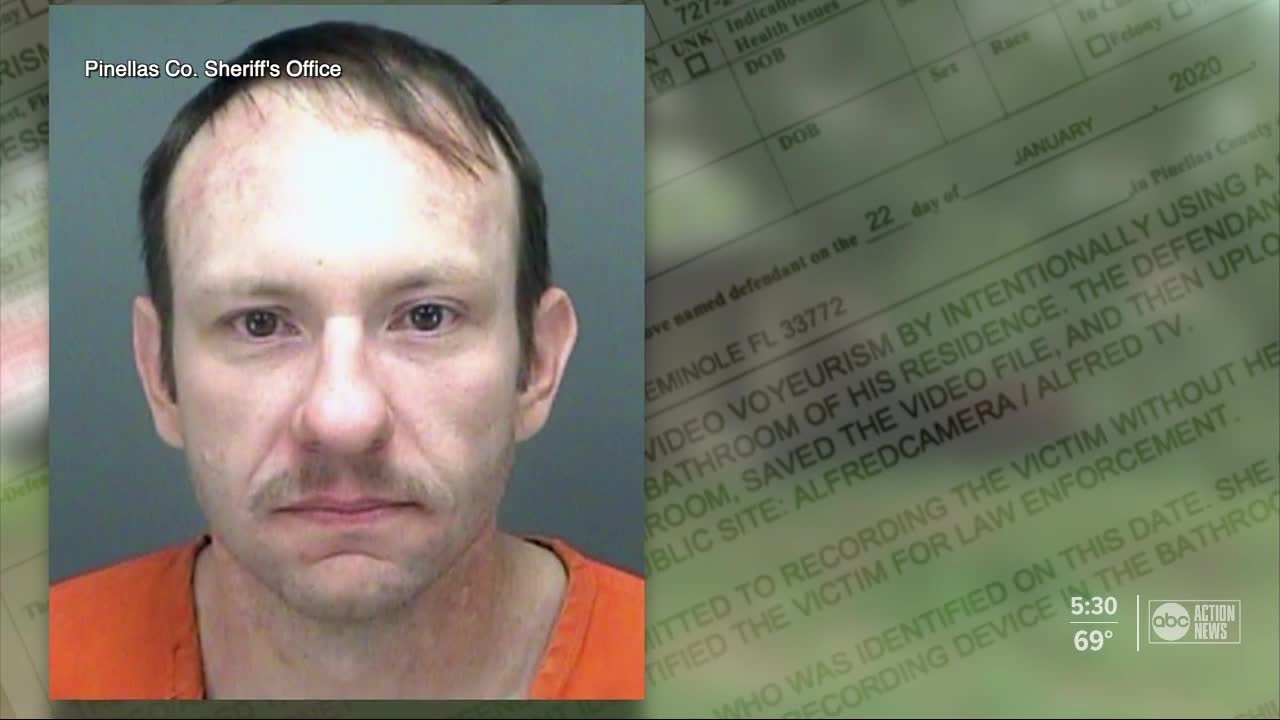 Jessie Chester is accused of video voyeurism and detectives are working to identify other victims seen in the tapes.

In a small home in the 7000th block of 115th Street North in Seminole, ABC Action News spoke with a man who identified himself as Chester's brother.

“Nobody had any idea that this was happening. It shocked the hell out of all of us," said Chester's alleged brother.

“Very disturbing knowing that [he] was living next door to me," said neighbor Laura Doane.

“I knew he was odd but I’m not shocked. I’m not surprised," said Doane, "He didn’t have any friends, no interactions, he just comes and goes in the evenings.”

Doane tells ABC Action News she woke up Wednesday morning to all the deputies outside his home. She turned on ABC Action News and learned about the details surrounding his arrest.

“I heard Seminole man so I ran to the TV and I just saw his picture," she said.

All the commotion also woke up Stephanie Larowe, another neighbor.

“I looked outside and I’m like, ‘What is going on?" she said.

Neighbors say what’s especially concerning about the arrest is that just a block away from Chester's home is a school.

“I see them [children] every day coming home from the bus, walking around, riding their bikes, I see them every day," said Larowe.

ABC Action News reached out to the Pinellas County Sheriff’s Office who says the videos were of adults only, but say detectives have not finished their digital search.

So far, two victims have been identified.

PCSO says if you feel you have been a victim, or know someone who visited Chester's residence who could be a victim of voyeurism, please contact Detective Paden of the Crimes Against Children Unit at (727) 582-6200.