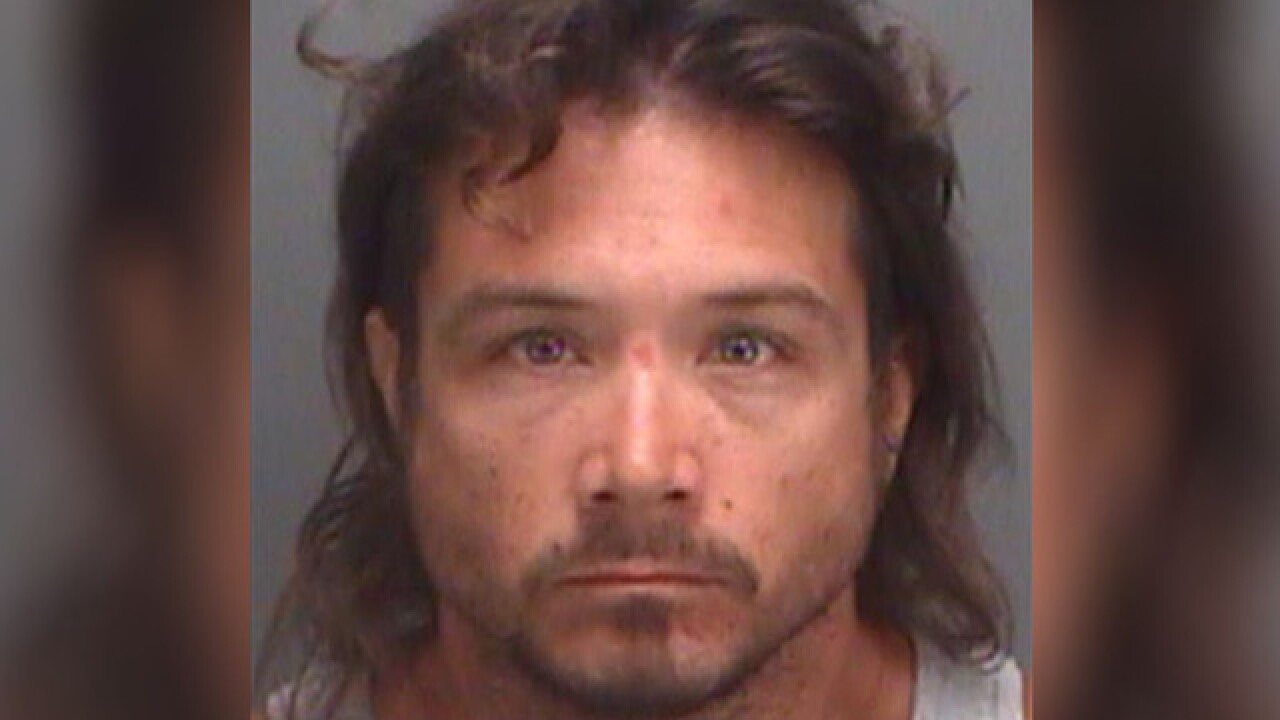 By: WFTS Webteam
Posted at 9:03 AM, Dec 23, 2015
Pinellas deputies are searching for Roy Bates, who is accused of setting a detached garage on fire and taking off after getting into a fight with his wife. Deputies say he also left homemade explosives at the home with his wife inside.
It happened on 77th Way North in Lealman on Wednesday just before 6:30 a.m.
Neighbors say the fire at the house is the culmination of a series of fights between Bates and his wife. Its just the latest reason why neighbors say they’ve had to call deputies on the feuding couple,  and they hope it’s the last.
Terry Gillingham says he woke up Wednesday to a neighbor asking him for help, “I hear a pounding on the door. She’s at the door she said, I don’t have a phone, but the building is on fire. That’s when I called the police,” he said.
Bates is believed to have set a detached garage on fire and was preparing to do the same to the house. Law enforcement said it found Molotov cocktails and bottles of gas throughout the home. Lealman firefighters were able to stop the fire from spreading to the house.
“She was locked in her house by him. She broke a window, crawled out.”
Arrest records show Bates has had several run in’s with the law; including domestic violence reports called in from neighbors, along with battery charges against neighbors.
Deputies have been called to his house more than 30 times this year alone and several neighbors have filed restraining orders against him.
“For some reason he had it in his head, we were all against him; mounting cameras on my house to watch him”
Gillingham said he and other neighbors put cameras and security gates up for protection.
Neighbors say they hope Bates is caught so he can much needed help. “He brought this on himself and its probably the best thing he ever did for himself because no body could step in.”
Deputies aren’t saying where they’re searching for Bates because they don’t want to jeopardize the investigation. They say he’s not a danger to anyone... except his wife.
If you have information, contact Pinellas County deputies at 727-582-6200.
Scripps Only Content 2015