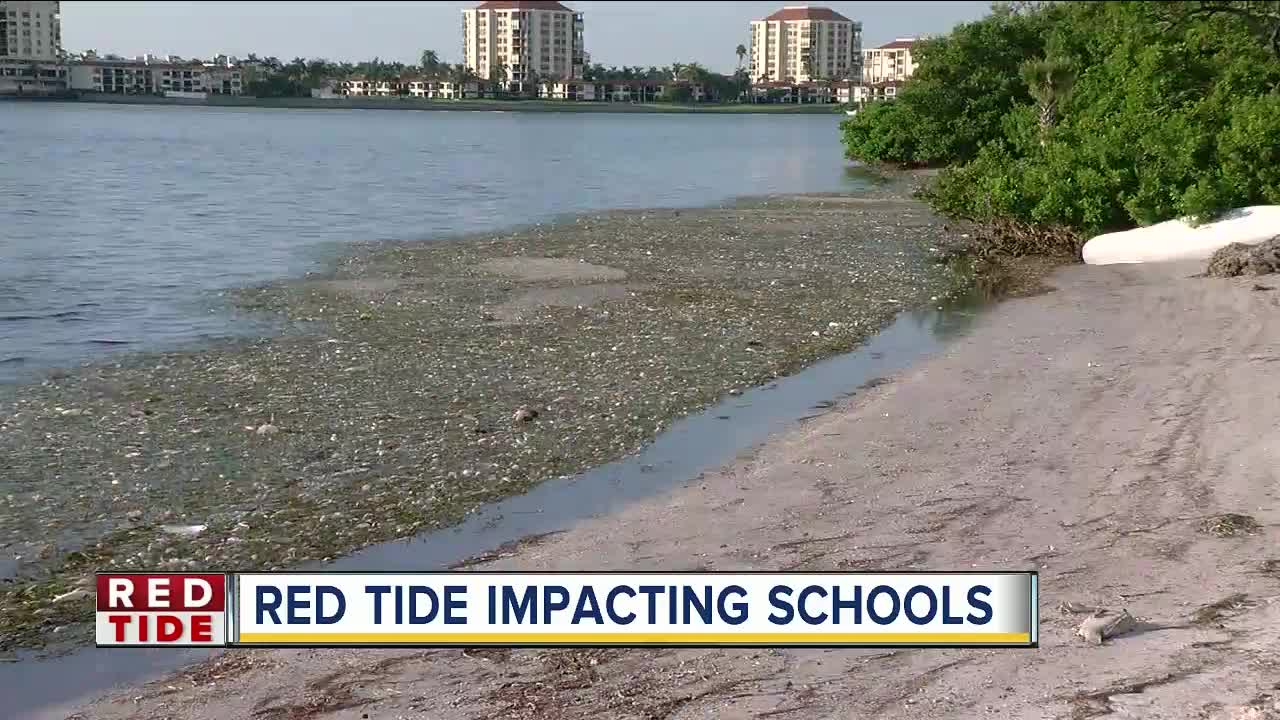 It's in the Gulf and in the Intracoastal, and now red tide is impacting the health of people who live the water in Pinellas County. 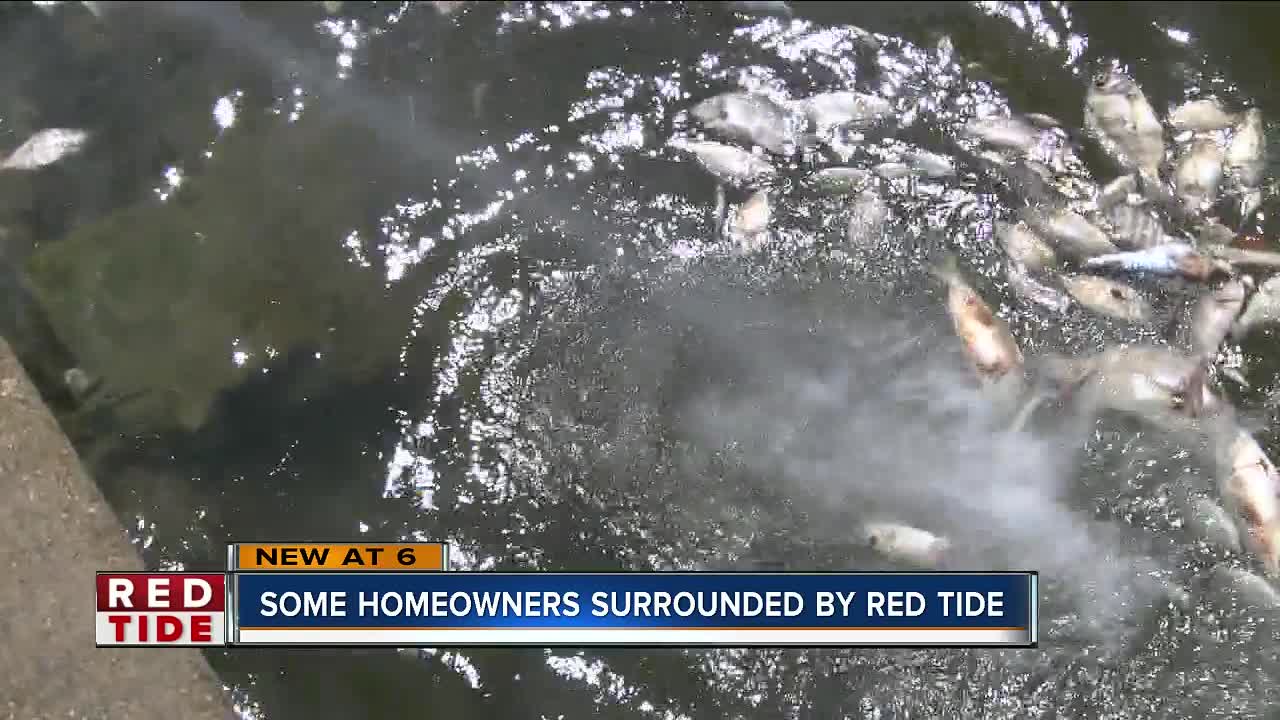 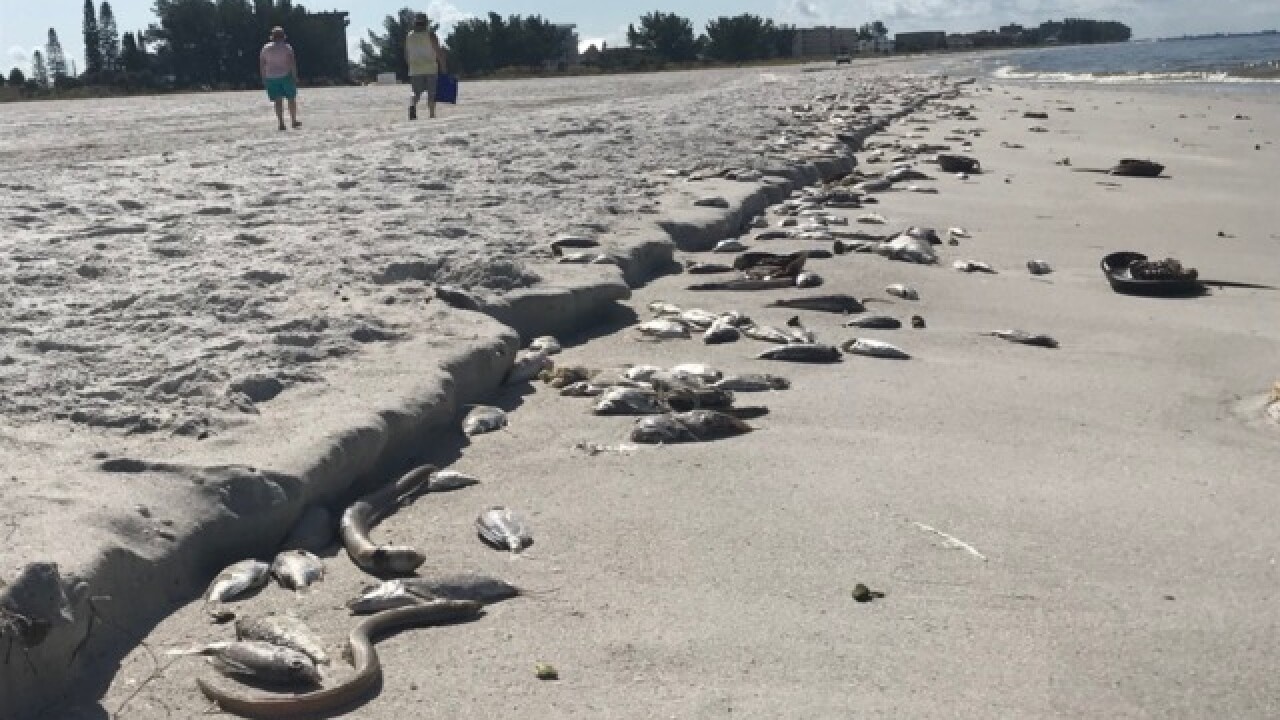 PINELLAS COUNTY, Fla. — It's in the Gulf and in the Intracoastal, and now red tide is impacting the health of people who live the water in Pinellas County.

Norma Jean Graff and her husband Jim were disgusted Wednesday when they saw the amount of dead fish floating behind their Intracoastal Treasure Island home.

“Man oh man! What a mess,” Graff explained when she saw how many fish were pushed up behind the mangroves.

She’s felt sick for days but says her asthma has become more dreadful.

“it’s like you can’t get your breath,” Graff added.

Her husband, Jim, is getting creative. “I'm just trying to try to keep it moving. That's the idea,” Jim Graff said as he sprayed thousands of dead fish away from their dock and into the tide, “We are at our fishes wit’s end!”

7 miles North in Indian Shores, nearly every person at the Beach Cottages is sick with symptoms from red tide.

Wendy McDowell and her two friends describe it as feeling like the worst sinus infection. “We all cough and pick up our shirts to cover our faces,” McDowell said holding a package of sinus infection medication.

The Beach Cottages are sandwiched between the beach and Intracoastal, so it's a double whammy.

Pinellas County crews are working hard. They've scooped up 890,000 pounds of dead fish over the past week and a half.

Now, everyone is holding out hope that forecasted winds Thursday and Friday will push this bloom further away…and bring some relief.